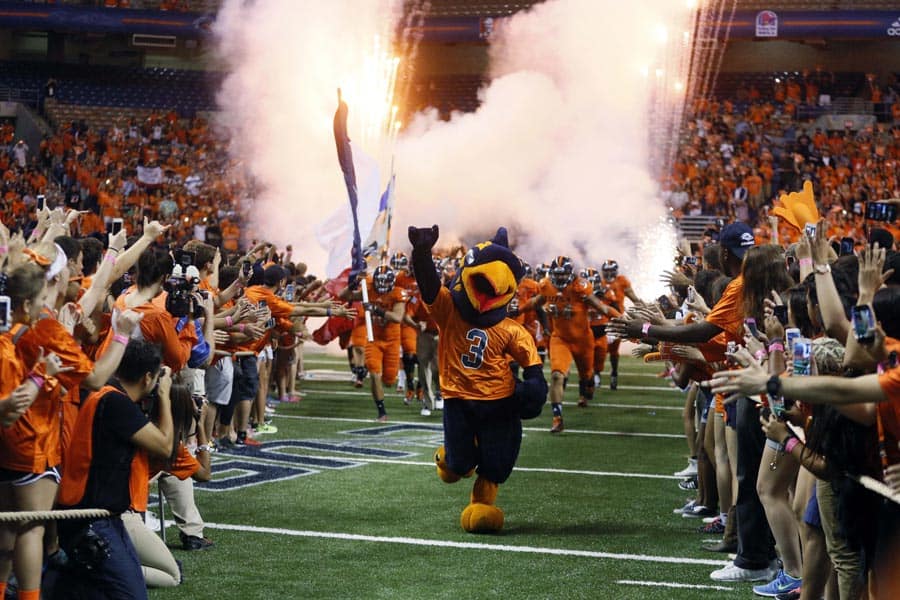 Last week, it was announced that the season-opening football game between the Houston Cougars and the UTSA Roadrunners at the Alamodome had been postponed due to Hurricane Harvey.

“We appreciate the support and understanding of our fans, and their concern for those who have been impacted by Harvey,” UTSA Associate Vice President/Director of Athletics Lynn Hickey said. “We encourage everyone to consider using their ticket refund to make a donation to hurricane relief and recovery efforts. The devastation in South Central and Southeast Texas is beyond imagination, and as the Roadrunner Family we can make a real difference at this critical time.”

Houston and UTSA do not share an open date during the 2017 season. Other dates, even with the help of several schools, were likely not possible due to previously scheduled events at the Alamodome.

The last option was to schedule the game for Saturday, Dec. 2. However, Houston and UTSA would not be able to play that date if one or both schools qualified for their respective conference championship games.

What about Army-Navy week? I’m sure the service academies won’t mind having other games join theirs on December 9 due to the extenuating circumstances.

More reason to push the season opening weekend to the first Saturday after it turns Fall on the calender. Just an opinion.

Arkansas State ad UTSA are both open Sept. 30th…..sounds like a date!