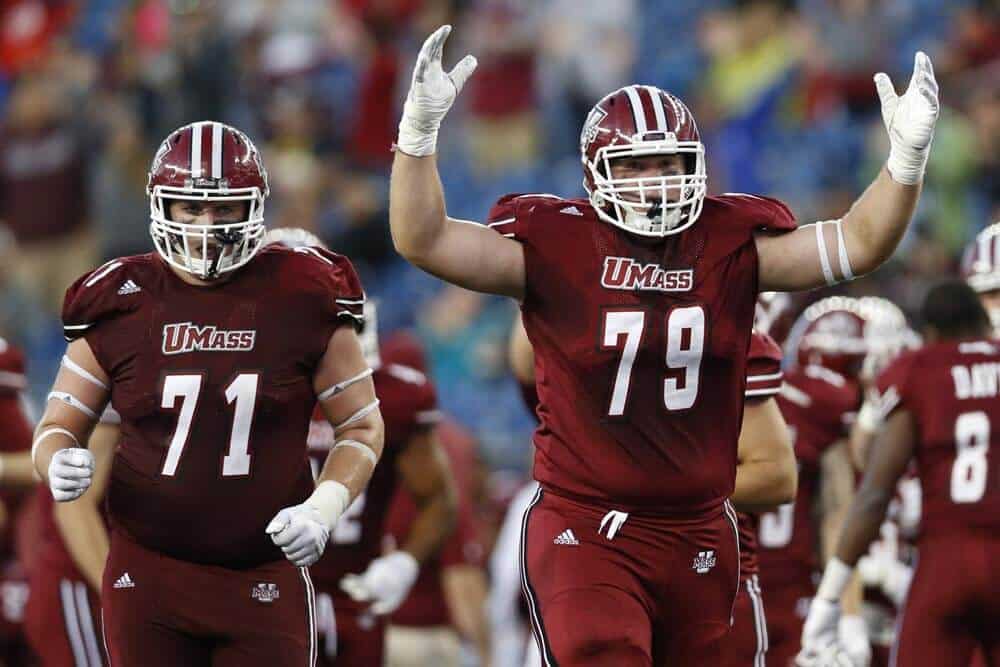 The 2017 Hawaii at UMass football game has been moved to Saturday, August 26, UH announced on Tuesday.

The game, previously set for October 7, will be played on the campus of the University of Massachusetts at Amherst at Warren McGuirk Alumni Stadium in Hadley.

Due to a recent rule exception adopted by the NCAA (17.10.3.1), Hawaii and teams that play at Hawaii are now allowed to begin their season on the Saturday prior to Labor Day weekend, also dubbed “week zero.”

Hawaii-UMass is the third FBS game set for “week zero” this season. Other games include Portland State at BYU and USF at San Jose State.

A fourth “week zero” game could be added to the 2017 slate. Stanford at Rice, currently set for Saturday, Sept. 2 in Houston, is rumored to be moving up one week and played in Sydney, Australia.

At more than 5,000 miles, Hawaii’s game at UMass will be the furthest east the Rainbow Warriors have ever played.

“The move limits the likelihood of back-to-back road games in the middle of season which cuts down on the amount of missed class time by our student-athletes,” head coach Nick Rolovich said.

The move also benefits the UMass Minutemen. Previously, UMass was scheduled to play 12 straight games with no off week.

So I guess “zero week” is the new craze in college football, not sure how Hawaii does these trips, must cost a lot of money. I do like the Sydney, Australia game, I always miss the Ireland game cause its so early in the morning, not sure if any teams are playing in Ireland this year.
One is to think that they may start these neutral site games one week early if they can instead of playing them on the 1st week of football.

The rule must be fairly loose. Rice and Stanford do it play at Hawaii. So playing in Australia is as good as Hawaii even though it is not in the spirit of the rule that keeps UH in business?

I believe week zero can be used by Hawaii and any of their opponents AND for any teams playing outside of the US, thus, Stanford vs. Rice.