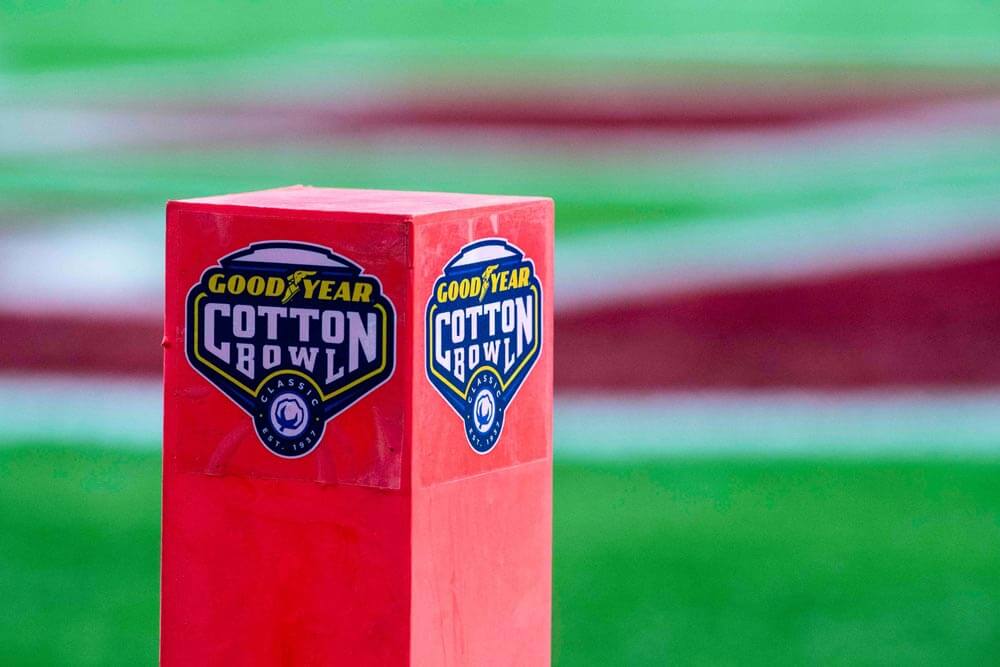 The 2017 Goodyear Cotton Bowl will be played in prime time on a Friday night this season, the bowl announced on Friday.

Two New Year’s Six at-large teams will face off in the Cotton Bowl on Friday, Dec. 29, 2017 at AT&T Stadium in Arlington, Texas. The game will be televised by ESPN at a time to be announced.

“This opportunity enables the Classic to stand alone and kick off the holiday weekend as the only bowl game on Friday night. We couldn’t be more excited about the move presented to us by the College Football Playoff and ESPN. Our new date gives local fans and those from out of state the best opportunity to come to North Texas and enjoy what will most likely be a battle of Top 10 teams.”

The 2017 Goodyear Cotton Bowl was previously scheduled for Saturday, Dec. 30 along with two other New Year’s Six Bowls — the PlayStation Fiesta Bowl and the Capital One Orange Bowl.

The Orange Bowl is already set for an 8pm ET kickoff on ESPN on Dec. 30, and it will likely be preceded by the Fiesta Bowl.

Scheduled for New Year’s Day, Monday, Jan. 1, 2018 are the Chick-fil-A Peach Bowl and the two College Football Playoff semifinals for this season — the Rose Bowl Game (5pm ET) and the Allstate Sugar Bowl (8:30pm ET), both on ESPN.

The news must be music to z man’s ears.