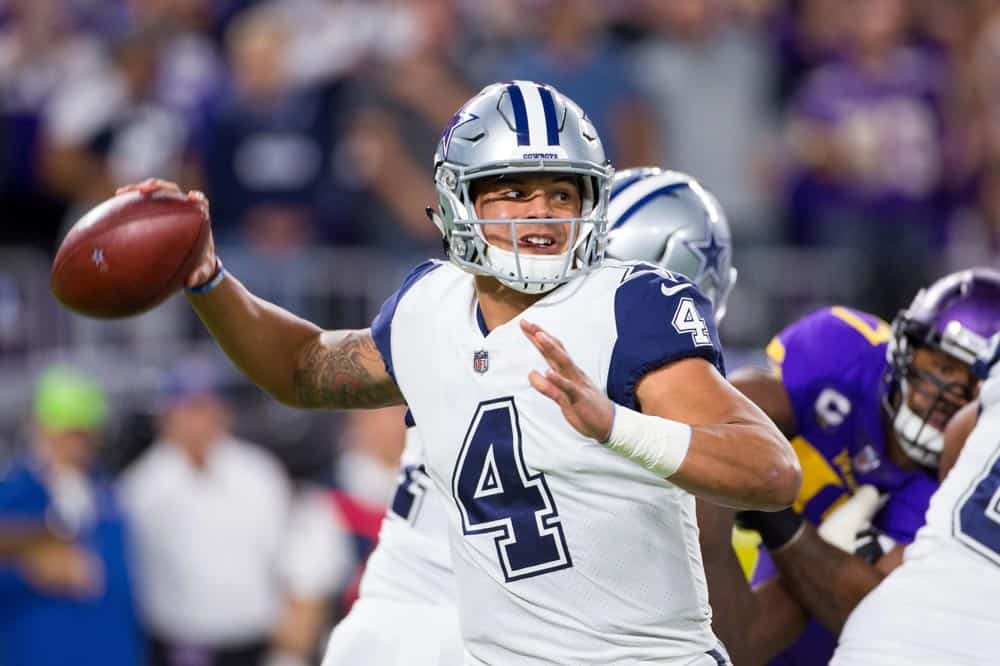 The Week 15 Buccaneers-Cowboys game (Sunday, Dec. 18, 2016) has been moved to Sunday Night Football in accordance with the league’s flexible scheduling rules.

Tampa Bay at Dallas was originally scheduled for 1:00pm ET on FOX. The Buccaneers will now take on the Cowboys at AT&T Stadium at 8:30pm ET on NBC.

The Pittsburgh Steelers at Cincinnati Bengals game, previously slated for Sunday Night Football, will now be played at 1:00pm ET on CBS.

why not the new England at Denver game

Coz the known universe is tired of me

Because they want a good game, which means anybody but the Donkeys and the Cheatriots.

Admitted Dallas fan here but enough is enough. Cowboys’ schedule starting with Thanksgiving day: Thursday, Thursday night, Sunday night, Sunday night, Monday night. Five games in a row? Give me a break. Much prefer a “normal” Sunday DAY game. Night, Monday, Thursday, and Saturday games lose their intended luster and become a beat down when that hand is over-played on one team… ESPECIALLY for the home fans. I know it’s all about $$ and ratings but five games in a row is ridicules.