2016 NIU-Toledo game to be played at U.S. Cellular Field 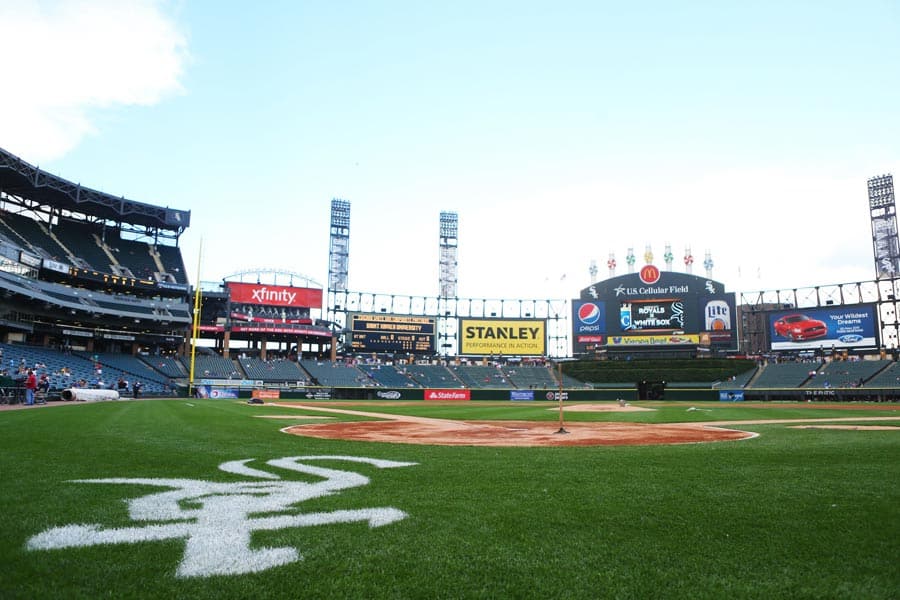 The Northern Illinois Huskies and the Toledo Rockets will play their 2016 football game at U.S. Cellular Field in Chicago, both schools announced today.

U.S. Cellular Field is the home of Major League Baseball’s Chicago White Sox. Formerly known as Comiskey Park, the stadium has a capacity of 40,615 and has never hosted a football game.

Northern Illinois and Toledo will square off at in the “Huskie Chi-Town Showdown” on Wednesday, November 9, 2016. The game will be televised nationally by an ESPN network.

“This is a historical moment and an outstanding day,” NIU Associate Vice-President and Director of Athletics Sean T. Frazier said. “Our fans have said, come back to Chicago, come to the city. Well, we’ve listened and we’re back!  There are 145,000 NIU alumni living and working in Chicagoland.  U.S. Cellular Field is a fantastic venue and I can’t wait for our fans to see this game in the ballpark. For years, NIU and Toledo have been featured in the November weeknight #MACtion games on ESPN, and in 2016, we are taking it to another level.”

Northern Illinois and Toledo have met a total of 43 times since 1967. The Rockets lead the overall series 29-14, but the Huskies have won the last six contests.

With the announcement of this contest, it would seem that the release of the 2016 MAC Football Schedule is near. All FBS conferences usually announce their schedules by March 1 of the playing year.

Here's how the field will look. #MACtion pic.twitter.com/amBAkA2V62

Should be easy to get tickets.

Too bad the Chicago sports media has not recognized what NIU has done over the past 8 years. NIU basketball team is going for 20 wins yet no words from the media folks.

NIU would do well to schedule an annual game in Chicago. If NIU can establish a strong Chicagoland presence and TV ratings, they become a legitimate candidate for AAC membership.

The 2020 NIU-BYU game would be a good candidate for a Chicago game.