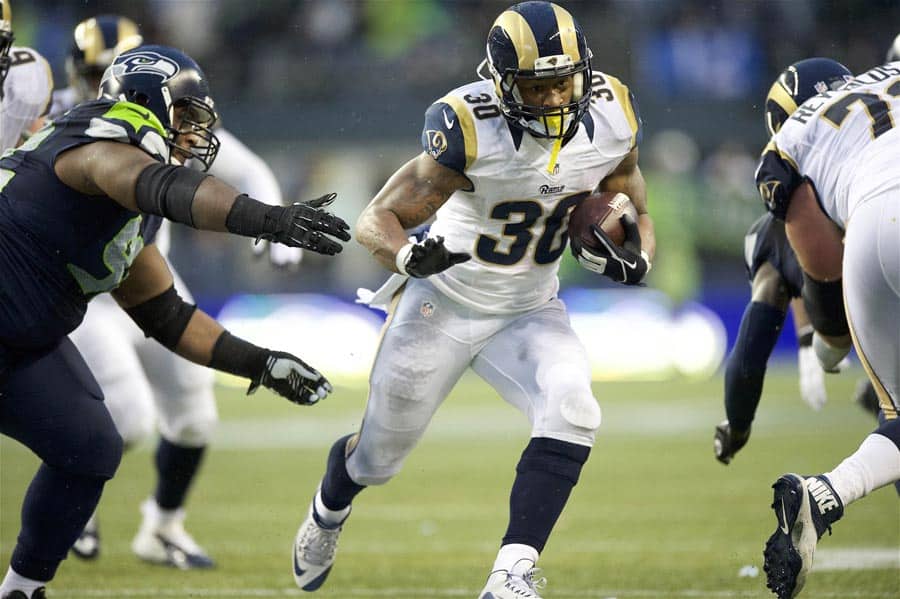 The 2016 NFL Monday Night Football Schedule kicks off on September 12 with a season-opening doubleheader. In the first game, the Washington Redskins host the Pittsburgh Steelers at 7:10pm ET.

The second game features the Los Angeles Rams at the San Francisco 49ers at 10:20pm ET. All Monday Night Football games will be televised by ESPN.

The Super Bowl champion Denver Broncos will be featured on Monday, October 24 when they host the Houston Texans.

Overall, the 2016 NFL Monday Night Football Schedule on ESPN will include 17 regular-season games.

Don’t you mean Shamrocks? That’s Seattle’s new name, since they get so lucky. Seattle Shamrocks.

I’m going to miss Monday night football. I won’t be watching it as long as players are taking a knee during the national anthem.

With you on that, Im Boycotting the 49ers! Hopefully the 49er ratings are at an all time low!!

It’s damn flag people. The Romans worshiped Greeks gods which were only statues. The flag can’t do anything tangible for you. You need to calm down, the flag is not god it’s a symbol of the good and the bad of this country. No one has to leave this country because they don’t think like you. Standing up for the flag is a form of idolatry which the bible speaks against. What really matters and what you will ultimately be judged for is how you lived your life and treated others.

I love the Lions quarter back. Mat Stafford is great, but does not get enough credit or attention. Give this team some praise instead of always being so negative in the news and they just might surprised you. Be strong guys, do good this. Go number NINE!

I’m a combat vet and personally fought for the right for people to burn the flag, sit down during the national anthem, protest peacefully, marry whoever they want and to be able to live according to their beliefs (just as long as they aren’t hurting anyone in the process). I don’t think there’s there’s anything more American than freedom of expression.

Boom, exactly. If you’re not free to protest what you feel is wrong you are not free.

First, thank you Army Vet! Second, I respectfully disagree, there us a time and place for all things. I feel there protests should be off the field and not on NFL time. Remember Jim McMahon’s protest?

Don’t you mean Shamrocks? That’s Seattle’s new name, since they are so lucky.

Look at me ,I’m a selfish ass looking for attention and ding it by using any means possible, never would be thankful what others have done to make this county free but I selfishly think I’m the greatest person and want attention .try doing it by contributing to your cause respectfully and not using your freedom earned by others .

I`m of mixed race and have seen it before, Kap is making up for the lack of blackness he missed as a child…