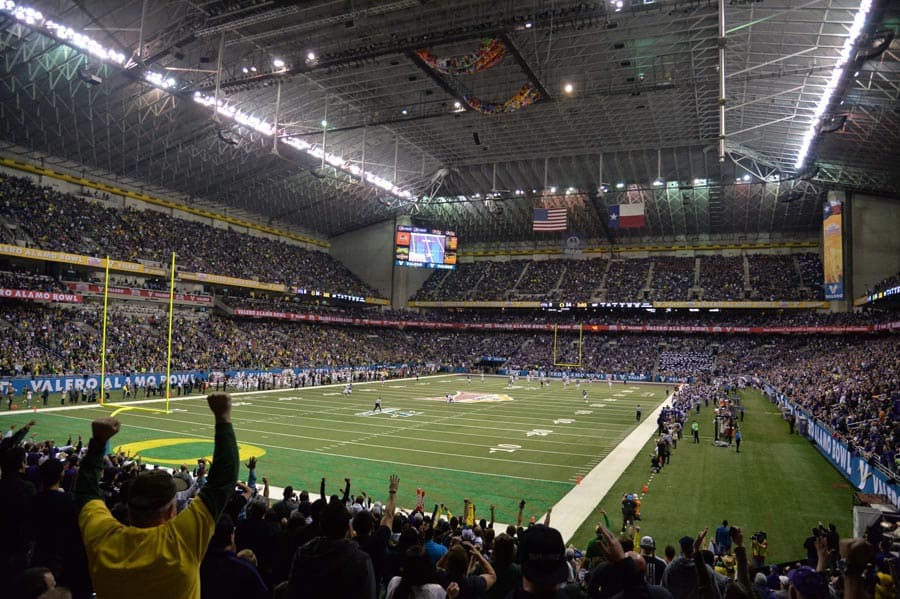 ASU and UTSA will meet at the Alamodome this season. (Kirby Lee-USA TODAY Sports)

The Arizona State at UTSA football game scheduled for Saturday, Sept. 17 has been moved up one day to Friday, Sept. 16, both schools announced on Tuesday.

According to the ASU release, the game was moved to Friday “at the request of Conference USA office to accommodate a national television broadcast.” Specific details, including the television network and kickoff time, will be announced at a later date.

Arizona State is set to open the 2016 season on Saturday, Sept. 3 at home against the Northern Arizona Lumberjacks. UTSA opens the season in the Alamodome against the Alabama State Hornets of the FCS.

There has been no word if FS1 even bid on the Conference USA TV rights.