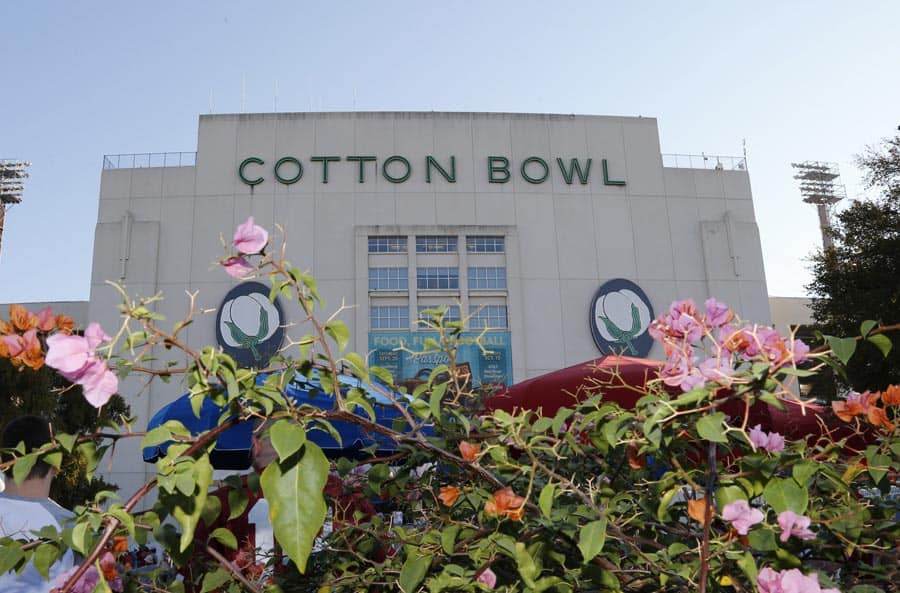 The game will be played on Saturday, Oct. 15 during the State Fair of Texas. One week prior, Oklahoma and Texas meet at the Cotton Bowl in the AT&T Red River Showdown.

“What a remarkable opportunity for our program to play in the great state of Texas which is such a vibrant military-friendly area and home to so many solders, airman, sailors and marines. Playing in Cotton Bowl Stadium will be a memorable experience for our cadet-athletes and everyone associated with our football program. We are excited about the opportunity to engage with fans from all over the state of Texas which is such a vital recruiting area for our football program,” Knowlton said.

Air Force and New Mexico, both members of the Mountain Division in the MWC, have met a total of 32 times on the gridiron. Last season (2014) at Falcon Stadium in Colorado Springs, the Falcons won 35-31 to extend their series lead to 21-11.

The two schools are scheduled to meet this season on Saturday, Nov. 28 at University Stadium in Albuquerque.

Air Force opens the 2016 season at home against Abilene Christian on Sept. 3. Other non-conference games include home games vs. Georgia State (Sept. 10) and Navy (Oct. 1) and a trip to Army (Nov. 5).

MWC opponents for Air Force in 2016 include Boise State, Colorado State, and Hawaii at home and Fresno State, San Jose State, Utah State, and Wyoming on the road.

I vote bringing Texas Jam and the Crossroads Guitar Fest back to the Cotton Bowl.

This is cool. My friend went to the Army La Tech game a few years back when they did this during the fair. Will this game be added to the neutral site game thread?

Yes, thanks for the reminder.