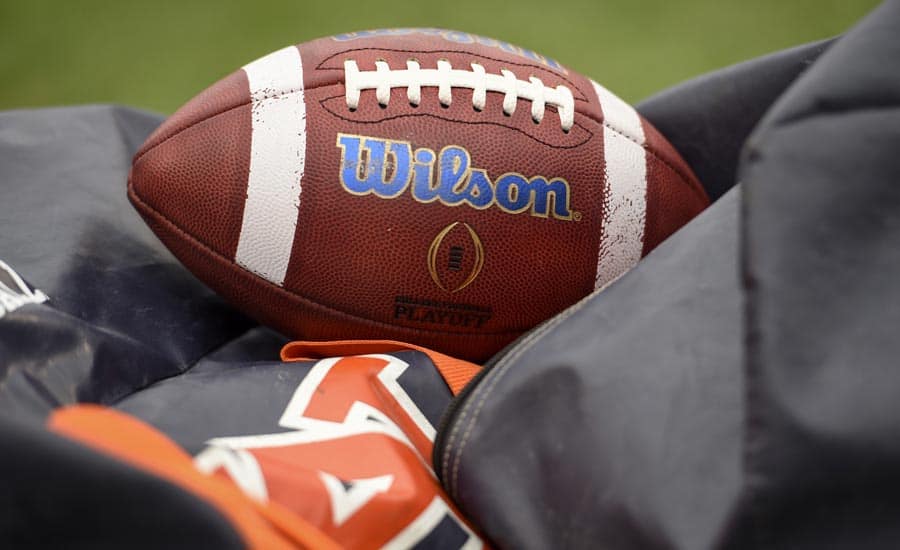 With 41 total games including the College Football National Championship, 80 teams will play in a postseason game in 2016-17, which is 63% of the FBS.

On New Year’s Eve, the two College Football Playoff semifinal games will take place. Hosts this season are the Chick-fil-A Peach Bowl and the Fiesta Bowl. The two games will be televised by ESPN at 3pm and 7pm ET, with the exact order and matchups to be determined on Dec. 4.

With New Year’s Day falling on a Sunday this season, games typically played that day are set for Monday, Jan. 2. Those games include the Outback Bowl, Goodyear Cotton Bowl, Rose Bowl Game, and Allstate Sugar Bowl.

What a suck fest that would be. It’s all about money now. Might as well let all 4-8 and 5-7 squads play in the postseason, and they soon will at this rate.

Lost in VA you do not have to watch.I would rather watch a 4-8 Sun Belt team play a 5-7 MAC team than anything else that would be on December 17th.

Have fun watching Merry Christmas Charlie Brown rather than the Camellia Bowl with the true college football fans.

This is for Bo.
When I was in college the girls and boys dorm were across the lawn from one another.
We got a letter (lets you know how long ago this was) from the girls telling us to close our shades because they did not want to see us naked to which we replied “ladies as with college classes it is not mandatory that you watch or attend to the proceedings going on in the boys dorm.”

When is the ” Rose Bowl” Parade?

Glendale is still listed as the site of the national championship for 2017 in error on the PDF.

I am guessing its because Jan. 1 is Sunday this season and normally college football is played on the first, it was overlooked, no big deal.

I think it’s ridiculous that the New Year’s Day games are being played on the 2nd this year. A lot of people work that day!! What’s up the that crap!!!!!

If New Year’s Day falls on a Sunday, the Monday following is a holiday.

Still do not think it’s right that Ohio State has a chance to play for the national championship game without winning or even playing for the Big 10 title. They are the only one of the four in the playoffs that did not play on Saturday. I understand strength of schedule, that has to be part of it. However, another requirement has to be winning your conference title. Alabama, Washington, and Clemson had to put their playoff spots on the line while the Buckeye sat in front of their TV(s) with absolutely nothing to lose. I know the system is not perfect but that should have raised some red flags. You don’t win your conference, you can not make the playoffs. I thought that’s what the regular season was all about. What an insult to Penn State, telling them the upset of Ohio State meant nothing. One other thing, if the conference championship was a requirement, those independents sitting out there, ie, Notre Dame would find a place to play real quick.

Another Buckeye hater. Look here, Penn State did not play even a 1/4 of the caliber of teams Ohio state did. Not only that, but we did that with a whole new team with the exception of only a handful of seniors. You got to accept that year in and year out Ohio State is always in the chase. Not only that but they did beat a Michigan team that was way better than Penn State. Everyone loves to hate Ohio teams. And I am sorry but I believe the Sec is not the conference it was. Penn State got lucky, you also have to understand because Ohio State is always at the top of the heap EVERY year, all teams I the Big Ten pull out all the stops for the shot at them. For many it’s their biggest game of the year. I am glad to see them in. That way if they do pull it out it will be because they earned it. I saw a lot worse of outcomes prior to the college playoff system.

yea yea money talks bs walks that is why ohio is in there, it is suppose to be winner of conference. They just screwed penn. over.

nothing has been more of a disgrace then TCU being 3rd at 11-1 and then winning 55-3 and getting dropped to 6th while OHIO ST. lost that 1st game of the year at home to a 7 loss VA. TECH team. The fix comes down to how teams travel in bulk and the alleged TV ratings. It is all governed by the ESPN crime syndicate that hates TCU because of the middle initial. Just look at this last game with GA. there were at least 6 penalties that I saw they did not call for 12 men on the field against the tempo. The 2 facemasks in the 4th QTR were so obvious but not acknowledged. They were not going to let the S.E.C. lose that game. It is really sickening and the people know it. BUT you got to watch TV. It is a scam that we accept. VERY SAD

Too few P5 vs G5 match-ups. How many games have ACC vs SEC? Mix it up a little more and give the solid G5 teams a nice neutral site game vs. a P5.

Unfortunately we’re in a world now where P5 schools don’t want to play G5 schools because they want a hard schedule to get into the playoffs. The College Football landscape is so divided that half of division 1 (FCS) is essentially disregarded, and another quarter (Group of 5) will be soon.
It’s all going to sh**.

I sm not a big fan of any school but to be realistic No One is going to beat Alabama this year. The playoffs will be for 2nd place!

If ALA was going to win this game vs CLEM THE BETTING LINE WOULD BE HIGHER THAN 7 POINTS. They suck you in and you lose you money. Clemson can win this year. People are sick of the ALABAMA FIX with the recruiting with the 2 best BAGMEN in the country. THEIR SYSTEM OF MONEY TRANSFER IS NOT TRACEABLE. tHEY GET AWAY WITH IT YEAR AFTER YEAR. THE S.E.C. IS THE BIGGEST CROOKED PLOY in TV HISTORY.

Hey, I’m from Australia and will be in LA at the start of Feb. is there any games at that time of year in the area?? Thanks.

Why can’t the people that schedule this stuff not put the final championship game on a Saturday? I mean good grief…How stupid are these people? Monday night? People have to work the next day…Put it on a Saturday.