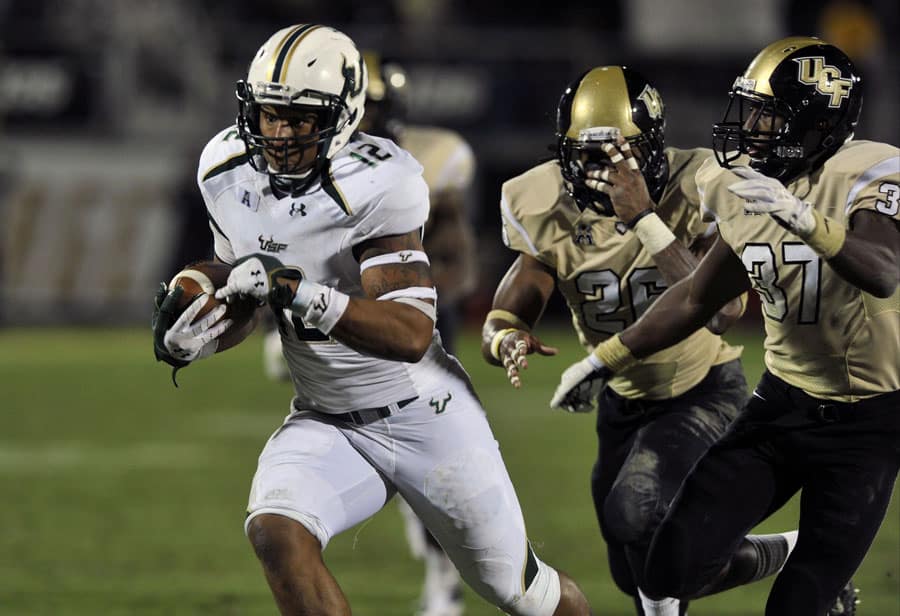 The 2015 USF-UCF football game has been moved to Thanksgiving night, the American Athletic Conference has officially announced.

The War on I-4 has been moved to Thanksgiving night! @UCF_Football and @USFFootball on ESPN http://t.co/7D9BcNZK9I pic.twitter.com/ZROYTV90u4

Voodoo Five first reported the news of the date change on Thursday.

UCF will host USF at Bright House Networks Stadium in Orlando on Thursday, Nov. 26 at 7:30pm ET on ESPN. The game was originally scheduled for Friday, Nov. 27.

Prior to those two meeting, the Knights and Bulls met four times between 2005 and 2008. USF won all four of those meetings and current leads the series 4-2.

wow how many will watch this?