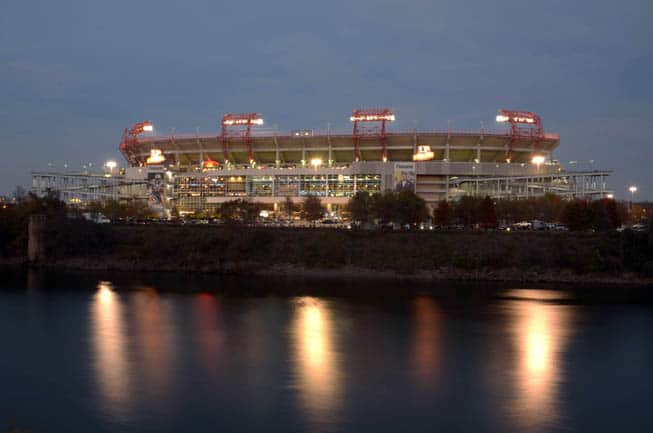 The 2015 UAB at Tennessee football game has been moved to LP Field in Nashville, Tennessee vice chancellor and director of athletics Dave Hart announced today.

The game is set for Sept. 5, 2015 and will be the season-opener for both schools. The match-up was previously scheduled to be played at Neyland Stadium in Knoxville on the same date.

Tennessee’s last regular-season game played at LP Field was against Wyoming in 2002. The Vols crushed the Cowboys in that season-opening contest 47-7.

“Scott Ramsey and I have been in conversation about opening our 2015 season in Nashville for more than a year,” said Tennessee vice chancellor and director of athletics Dave Hart. “It is exciting to have this come to fruition, and we look forward to opening our season in front of a great crowd in Nashville.

“We have made the necessary adjustments to our 2015 football schedule in order for us to move our opening game against UAB to Nashville, which is a priority for us from the perspective of recruiting, our fans, and our alumni. We were scheduled to play Connecticut in 2015 and 2016, but we have a mutual agreement to suspend that series in order to provide us the opportunity to play in Nashville in 2015 and in Bristol in 2016. We will still play seven home games in Neyland Stadium in 2015, beginning with hosting Oklahoma on September 12.”

Tennessee was scheduled to travel to UConn on Sept. 26, 2015 and host the Huskies on Sept. 3, 2016. But as Hart mentioned, that series has been postponed to dates to be announced.

After opening the 2015 season vs. UAB, Tennessee is scheduled to host Oklahoma on Sept. 12. The Volunteers later host North Texas on Nov. 7 and will add another non-conference game at home.

UAB plays all four of their 2015 non-conference games consecutively. After taking on Tennessee, the Blazers host Georgia State (Sept. 12) and South Alabama (Sept. 19) at Legion Field before traveling to face in-state rival Troy on Sept. 26.