UGA AD: 2015 SEC Football Schedule should be released before Spring Meetings in Destin 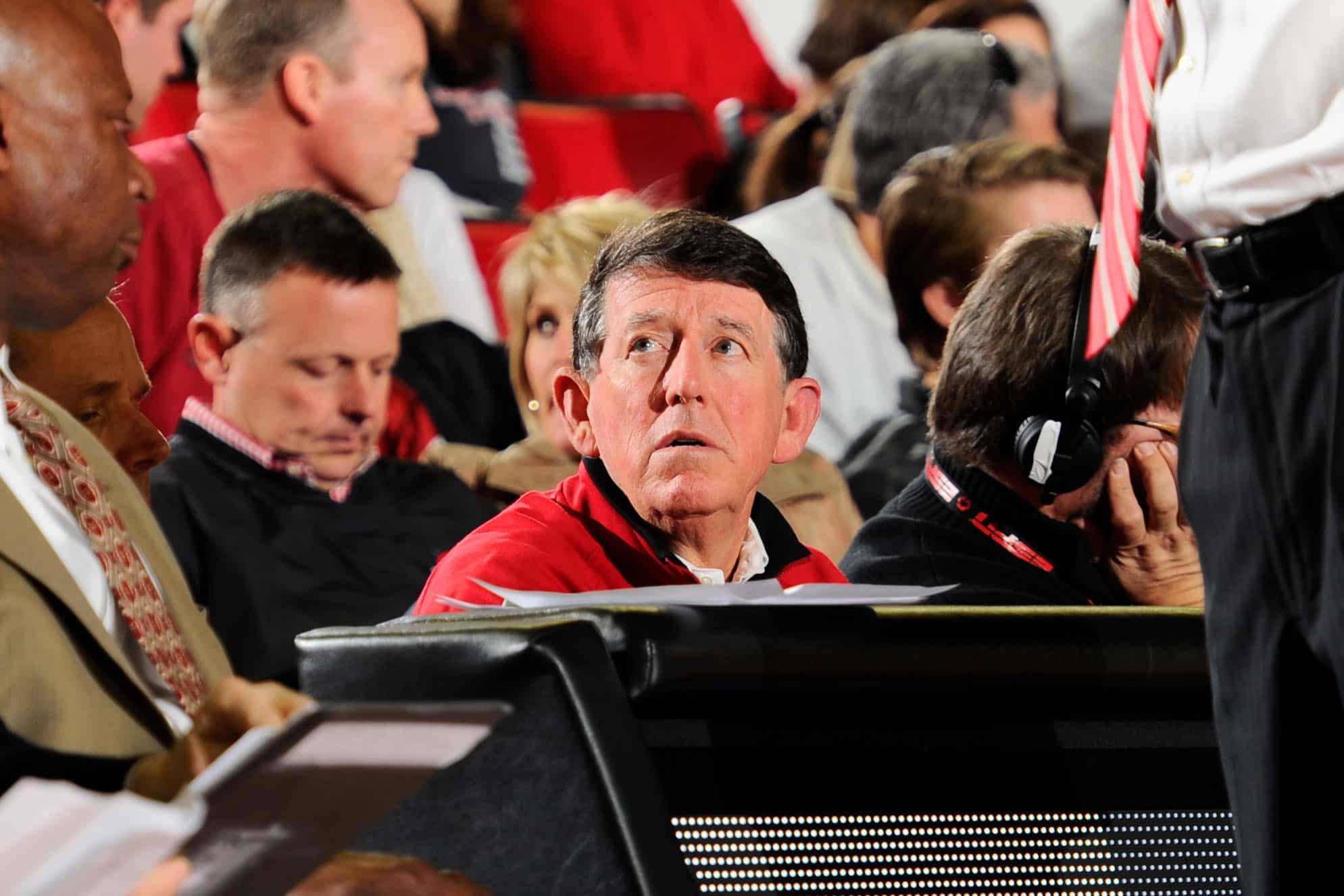 The final question of the day was concerning the release of the 2015 SEC football schedule. McGarity’s response was that it “should be announced before the May spring meetings in Destin.”

Here’s the full text of the question and answer:

Guest: When is the 2015 schedule going to be decided, and when will a permanent rotation for SEC West opponents be decided? Any insight on when we go to College Station? Can’t wait for that trip!

McGarity: We are anxiously awaiting that information! It should be announced before the May spring meetings in Destin.

What we do know about the 2015 SEC football schedule is that it will be another “bridge schedule” and will continue the 6-1-1 format.

A possible cross-division game for 2015 is Alabama at Georgia. Last year, Cecil Hurt of the Tuscaloosa News said this game was likely on for 2015 after being pushed back from the 2014 season.

Although the rotating cross-division games are unknown, the other seven conference games on each team’s schedule should be the same as in 2014, only with the sites swapped.

A move to a nine-game schedule would improve strength of schedule and provide more inventory for the SEC Network, which is set for an Aug. 14, 2014 launch. It would also possibly allow the permanent rivalries to remain intact.

But remaining with an eight-game schedule is also a possibility. When asked about whether SEC teams should expect pressure to play more conference games, McGarity said he didn’t expect pressure.

“I don’t. SEC teams will focus on playing one big-time opponent out of conference, while some schools might want to schedule four guaranteed victories in order to qualify for a bowl. It just depends on institutional philosophy.”

If the SEC went to a 9-game schedule, then Alabama and Auburn could probably be in different divisions (they should be because Auburn is east of Vanderbilt and Mizzou, yet still in the West division). Under a 9-game schedule, Auburn, for example, would play 6 divisional games (against the east), and still keep their rivalries with Alabama and LSU, and a rotating west division team (TA&M, MS, MS-St, Ark, Mizz). However, if the SEC expanded to 16 teams, then Auburn would likely have to move back into the West division so they could play LSU, Alabama, and preserve their rivalry with Georgia every year, as well as a rotating non-divisional opponent (Vandy, Tenn, SCar, KY, Flo, 2 new conference members).

In other words, a nine-game schedule would move Missouri into the West, and Auburn into the East, unless the SEC expands to 16 teams before then.

I like that idea of moving Auburn to the East but keeping Alabama on the schedule. AU would much rather play UT and UF every year due to being historical rivals rather than Arkansas or Ole Miss.

if they ever got a 9-game sched, They don’t have to give everyone a crossover. They could do what the Big Ten is doing with Indiana/Purdue, or the Pac-12 does with Stanford/Cal//UCLA/USC. Just keep the crossover rivalries anyone cares about, Auburn/Georgia and Bama/Tennessee. Get rid of the rest.

When you play 8 conference games in a 14 team conference with a 6-1-1 format, your conference schedule is basically the same every single year. You play the SAME 7 teams every single year. The problem is you play the other 6 conference teams TWICE EVERY 12 YEARS. That means it takes a full 12 years for Alabama to travel to Georgia and Georgia to travel to Alabama. Same goes for other great match-ups like LSU-Georgia, TexasA&M-Florida, etc. Is that really what you want for your conference? 8 conference games is not enough! When you decide to add 2 teams to jump to 14, this is a problem it creates.

As for all the people complaining about how it creates more conference losses, it leaves more teams out of bowls, and it can hurt a team in the playoff. REALLY? You only get 3 non-conference games and 9 conference games to prove yourself to the world and you think that is too much? You think that is too tough to get in a bowl? You only need 6 wins nowadays to get in a bowl and the teams that lose out on a bowl from upgrading to 9 conference games PROBABLY NEVER DESERVED TO EVEN MAKE A BOWL IN THE FIRST PLACE. It really makes me sad that these people are using a “scared” mentality when deciding what is best for the conference. With more conference games, you become that much more certain the best team wins the conference. With more conference games, you show the world even more just how good you are in your conference. With more conference games you will have an even more competitive schedule (SEC schedule is very tough) and that is good for everybody when determining who the best teams in the country are. If you are one of the best teams in the nation, don’t you want to go out there and show the nation just how good you are by beating every team you can and beating the best the nation has to offer? Why do we keep hearing from people who are just concerned about making it the easiest road possible for their teams? People who are worried they might have to play one more real competitive game? Now this scenario for 9 games isn’t perfect, but it makes more SEC teams play one another and helps create a competitive balance.

If the SEC goes to 9 games, the fans win here too. Nobody seems to care about the fans. All they think about is easy wins, giving their team the easiest path possible, and making more money. It’s a shame that is what it’s all about, but it’s true, unfortunately…

I fully agree with Travis B, he is totally correct we have not been to Tuscaloosa to play Alabama since 2007 thats 7 years and will be 8 years in ’15, while Florida plays Bama again in ’14 after just playing them in 2011. This scheduling format is a total mess. The only way I see a solution is if they keep at 6-1-1 format them move Auburn and Alabama to the east as the rivalries that are in question that Slive wants to keep is Auburn/GA and Tenn/Bama. This would allow those rivalries to remain intact and due to travel for the east teams move Mizzou, and Vanderbilt to the West. This puts Mizzou with its Big 12 former rival Texas A&M and eliminates the travel to these games for the East teams. Then the 6-1-1 could be changed to 6-2 and eliminate the crossover as LSU and FLa want to end their annual game, as Les MIles has asked to do as has Foley from Fla. and allow the east teams to play the west teams more frequently and if a 9 game schedule is added then by moving Auburn/Bama east would allow for a 6-3 format and give the east division more times playing the west division. The Big 12, Big 10 and Pac 12 already have this format in place. WIth the SEC network starting up in August this year I would think that they would want to add more conference games to keep up with the other conferences due to the new playoff system. Or go to a 16 team and more balanced scheduling by adding 2 more teams with I am almost sure the Big 10 will do in very near future forcing the SEC to add 2 more as well.