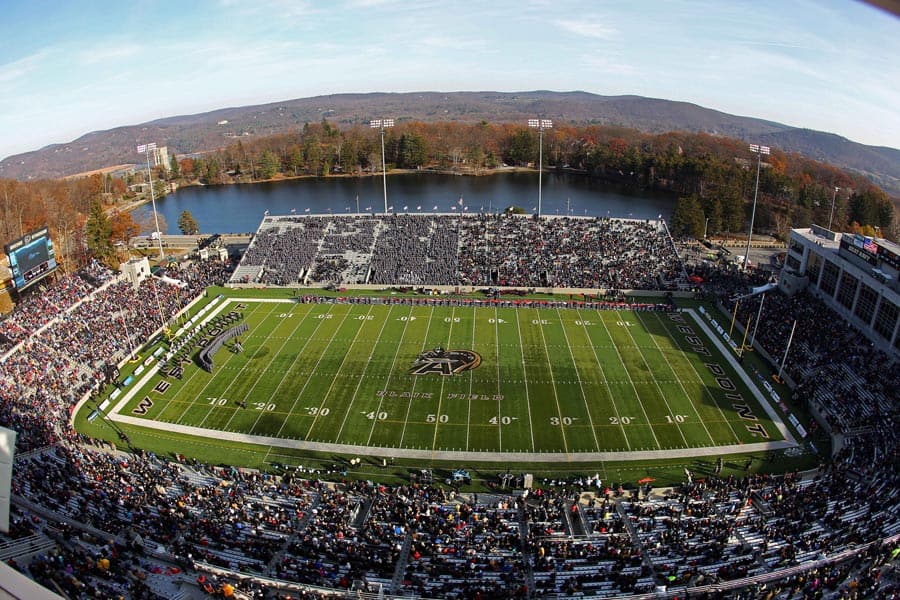 The 2015 Army-Rutgers football game has been moved to Michie Stadium on the campus of the U.S. Military Academy, Army Director of Intercollegiate Athletics Boo Corrigan announced today.

The game, which will be played on Nov. 21, 2015, was originally scheduled to be played at Yankee Stadium in Bronx, NY. It will be televised by CBS Sports Network at either noon or 3:30pm ET.

“We are grateful for the tremendous partnership we have with the New York Yankees,” Corrigan said. “We discussed it and it makes the most sense to play the game at Michie to allow our fans plenty of time to plan accordingly for this game.”

“Our fans, cadets, athletes and staff had a great experience at Yankee Stadium last year. We will continue our partnership with the New York Yankees and look forward to our next event.”

Army will now have six games at their home stadium, beginning with their season-opener against Fordham on Friday, Sept. 4 at 7pm ET. The Black Knights will also host Wake Forest, Duke, Bucknell, Tulane, and Rutgers.

Rutgers kicks off the 2015 season at home on Saturday, Sept. 5 against Norfolk State. The Scarlet Knights have seven games at home in 2015 and five on the road.

Should have called either North Carolina or Boston College who also have two FCS opponents.

You can win just six, but five of your wins have to be against FBS schools.

When a FBS program plays two FCS programs, one of the wins does not qualify as a win per bowl eligibility. So both NC and BC will likely need to win seven games to get bowl eligible. Too bad they don;t play each other to determine who gets that extra needed win.

On a related note, UMass and Hawaii might end up dropping football. So P5’s might not have those two programs available as go-to’s when having scheduling issues.

I figure we’ll see a few more programs decide to drop football or at least drop out of the FBS. And sooner than later.