2014 SEC Football Schedule Could Be Released This Month 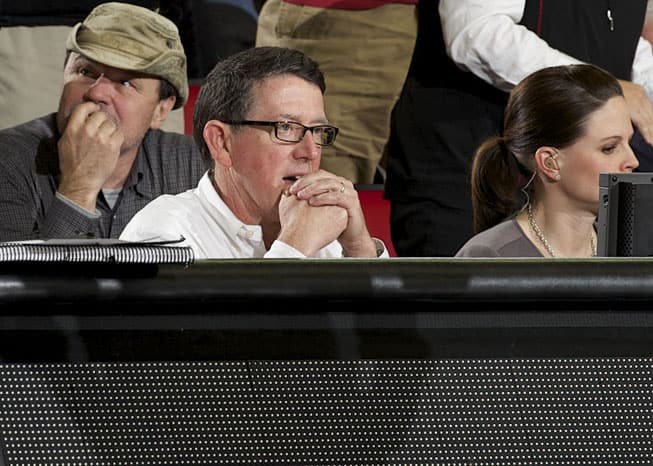 The 2014 SEC Football Schedule could be released this month, according to University of Georgia athletic director Greg McGarity.

McGarity told the Athens Banner-Herald that he expects the schedule to be released at the Spring meetings in Destin. The schedule would include the opponents and dates.

Earlier this month, McGarity basically made the same statement to the The Telegraph, saying it should be “sometime soon.”

When the paper inquired about the very same thing at the SEC Network announcement on May 5, SEC commissioner Mike Slive replied “Soon, I hope. Hopefully before (Destin).”

The rest of the 2014 schedule should mirror 2013. Sites for inter-division games will flip in 2014, as will the site of the protected cross-division rival game.

For Georgia, their cross-division opponent in 2014 could be Alabama or Texas A&M. Greg McGarity told the ABH that their strength of schedule in 2014 would be “off the chart” and that their rotating opponent “will be somebody really good.”

Since Georgia is hosting LSU in 2013, they won’t return the trip to Baton Rouge for a couple of years. Instead, the could be looking at a trip to Alabama or Texas A&M. Both schools are “really good” and could send Georgia’s 2014 schedule “off the charts.”

In conference play, Georgia will host Auburn, Tennessee and Vanderbilt and travel to Kentucky, Missouri, and South Carolina. The Bulldogs will also face the Florida Gators in Jacksonville.