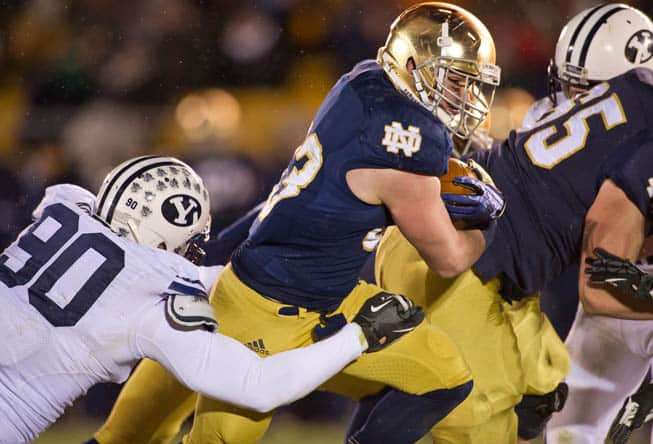 The 2014 FBS Independents Football Helmet Schedule is now available. The schedule, which is in PDF format, features the team helmets, date, and opponent for each FBS Independent team.

For the 2014 season, the following four FBS teams are Independent: Army Black Knights, BYU Cougars, Navy Midshipmen, and Notre Dame Fighting Irish. Idaho and New Mexico State were independent in 2013, but are joining the Sun Belt Conference in 2014.

Note: BYU has yet to officially announce their 2014 football schedule. Also, Army announced their 2014 schedule way back in 2011. If there are any changes, the helmet schedule will be updated accordingly.

I know this will show my age, but I can remember when there were a lot of Independents in College Football including this past season’s champion, Florida State. There were so many interesting games each week without as many conferences and conference games. About 70%-80% percent of non-conference games are now in the month of September and Rivalry Week the weekend after Thanksgiving.