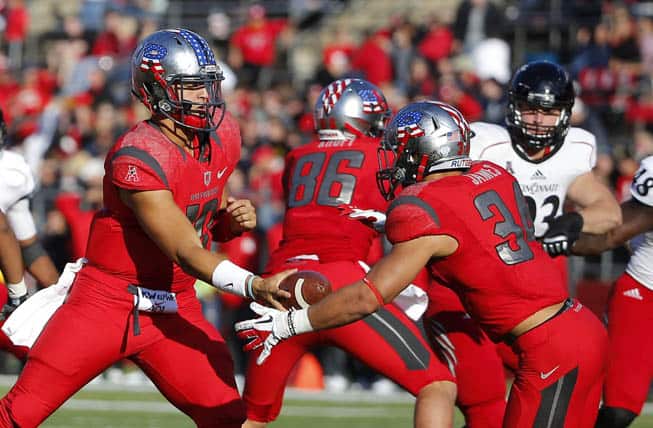 The Big Ten Network has announced their 2014 prime time football TV schedule. A total of ten games were announced that will feature ten Big Ten teams in action.

The schedule kicks off on Saturday, Sept. 13 with Penn State traveling to face Rutgers at 8pm ET.

September 27 features a doubleheader of games on the Big Ten Network. Cincinnati visits Ohio State at 6pm ET, followed by Illinois at Nebraska at 9pm ET.

Last week, ABC/ESPN announced six games that will appear in prime time on either ABC, ESPN, or ESPN2.

Listed below is the 2014 Big Ten prime time TV schedule, which includes games on BTN and the ESPN networks.

Good to see the Big Ten moving some night games into November. If the MAC can play at night in November, so can the Big Ten.

Why no RU games on ESPN and all on BTN. Btw I live in NJ and don’t get BTN in the same package as NBCSN and History Channel. Screw you Jim Delany.

Come July or August you probably will.

No night game for Iowa again??? Come on just because we had one bad night game doesn’t mean we will again. We don’t have Vandenburg so we don’t suck anymore so we should at least play Iowa State at night or maybe Nebraska on Black Friday so we can see how cold it can get.

This is just for the Big Ten Network though.