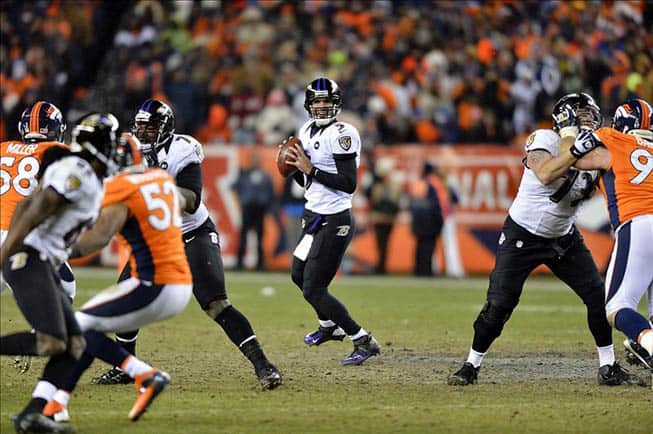 The 2013 NFL Schedule was officially released this evening. The regular season kicks off on Thursday, September 5 when the defending Super Bowl champion Baltimore Ravens travel to face the Denver Broncos (8:30 p.m. ET, NBC).

On Sunday, August 4, the NFL Preseason Schedule kicks off when the Dallas Cowboys take on the Miami Dolphins in the Hall of Fame Game at Fawcett Stadium in Canton, Ohio (8 p.m. ET, NBC).

Super Bowl XLVIII will be played on Sunday, February 2 at MetLife Stadium in East Rutherford, NJ.

Listed below are direct links to each 2013 NFL schedule:

Could you please tell me the date and the time of when the Indianapolis Colts will be playing the Chicago Bears this year???

Chicago and Indianapolis do not play in the 2013 regular-season.

OKAY, thank you very much for this information

GET READY EVERYONE THE 49ERS R TAKING IT ALL THIS YEAR !!!

Yeah right to be all Broncos

Click on the above links for the team of your choice. All the times and TV info are there.