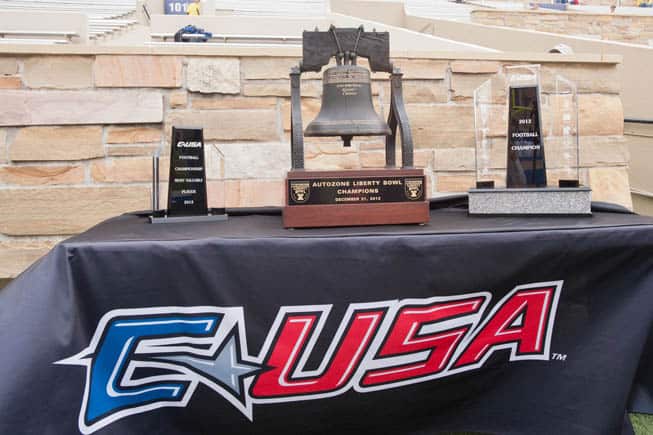 The 2013 Conference USA Football TV Schedule has been announced and features over 50 regular-season games, the C-USA Championship Game, and five bowl games.

The first C-USA team in action in 2013 is Marshall. The Thundering Herd will host the Miami (OH) RedHawks on Saturday, Aug. 31 at 7 p.m. ET on CBS Sports Network.

Conference play kicks off on Thursday, Sept. 5 when new C-USA member Florida Atlantic travels to East Carolina. The game will be televised by Fox Sports at 7:30 p.m. ET.

The 2013 C-USA Championship Game will be played Saturday, Dec. 7 and will be televised by ESPN or ESPN2 at a time to be announced later.

Listed below is the 2013 C-USA Football TV Schedule. All Fox Sports listings will be assigned specific channels later (FSN, Fox Sports 1, etc.). Additional television match-ups will be announced at a later date.