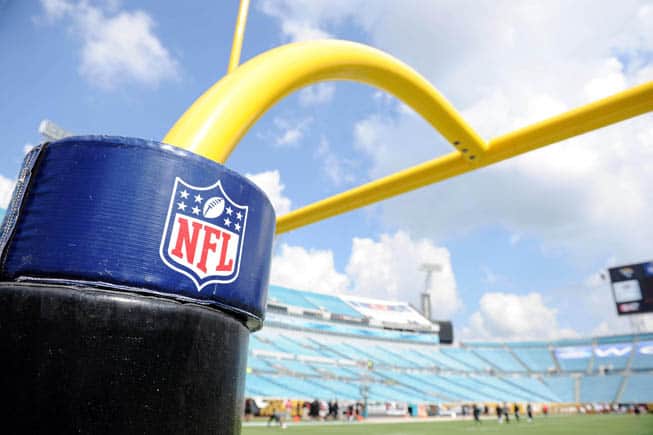 The 2013 NFL regular season has been completed and now it’s time for the playoffs! The NFL Playoff Schedule is now set for the AFC and NFC Wild-Card games, Divisional games, Championship Games, and Super Bowl XLVIII.

AFC teams with a first-round bye are the Denver Broncos and the New England Patriots. Denver has home-field advantage throughout the playoffs.

In the NFC, the Carolina Panthers and the Seattle Seahawks earned the bye. The Seahawks have home-field advantage.

Super Bowl XLVIII will be held on Sunday, February 2, 2014 at MetLife Stadium in East Rutherford, NJ. The game will be televised by FOX at 6:30 p.m. ET.

why if seattle seeded 1st do they play saturday, shouldn’t sunday be a privelage?

Has to do with tv rights. Fox had the early games (1 pm sat and 10 am sunday). Seattle can’t play home at 10 am by rule so by default they played on Saturday at 1 pm.

The whole system is pathetic, teams barely above 500 because they won an even more pathetic division title, and teams like the Cardinals get left out. Crummy Philadelphia and Green Bay, realistic????

If you dont like it then win the Division you play in.

You can get a play-off spot and a home game with a 3-13 record (3-3 in division play and 0-6 in conference play outside the division and 0-4 in interconference play).

You can miss the play-off with a record of 13-3 record (3-3 in division play and 6-0 in conference play outside the division and 4-0 in interconference play).

This is simple a theory.

Not only that, they get home field advantage.