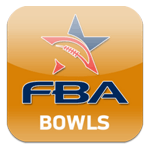 The 2012-13 College Football Bowl Schedule was officially released today by the Football Bowl Association. The FBA represents college football’s 35 postseason games and all the excitement that is the bowl season.

The bowl season kicks off on Saturday, December 15 at 1 p.m. ET with the Gildan New Mexico Bowl in Albuquerque. This years match-up will feature the Pac-12 no. 7 seed against the no. 4 or 5 team from the Mountain West.

The Discover BCS National Championship Game concludes the college football season on Monday, January 7, 2013 at 8:30 p.m. ET. The game, which features the BCS no. 1 vs. BCS no. 2, will be played at Sun Life Stadium in Miami Gardens, FL.