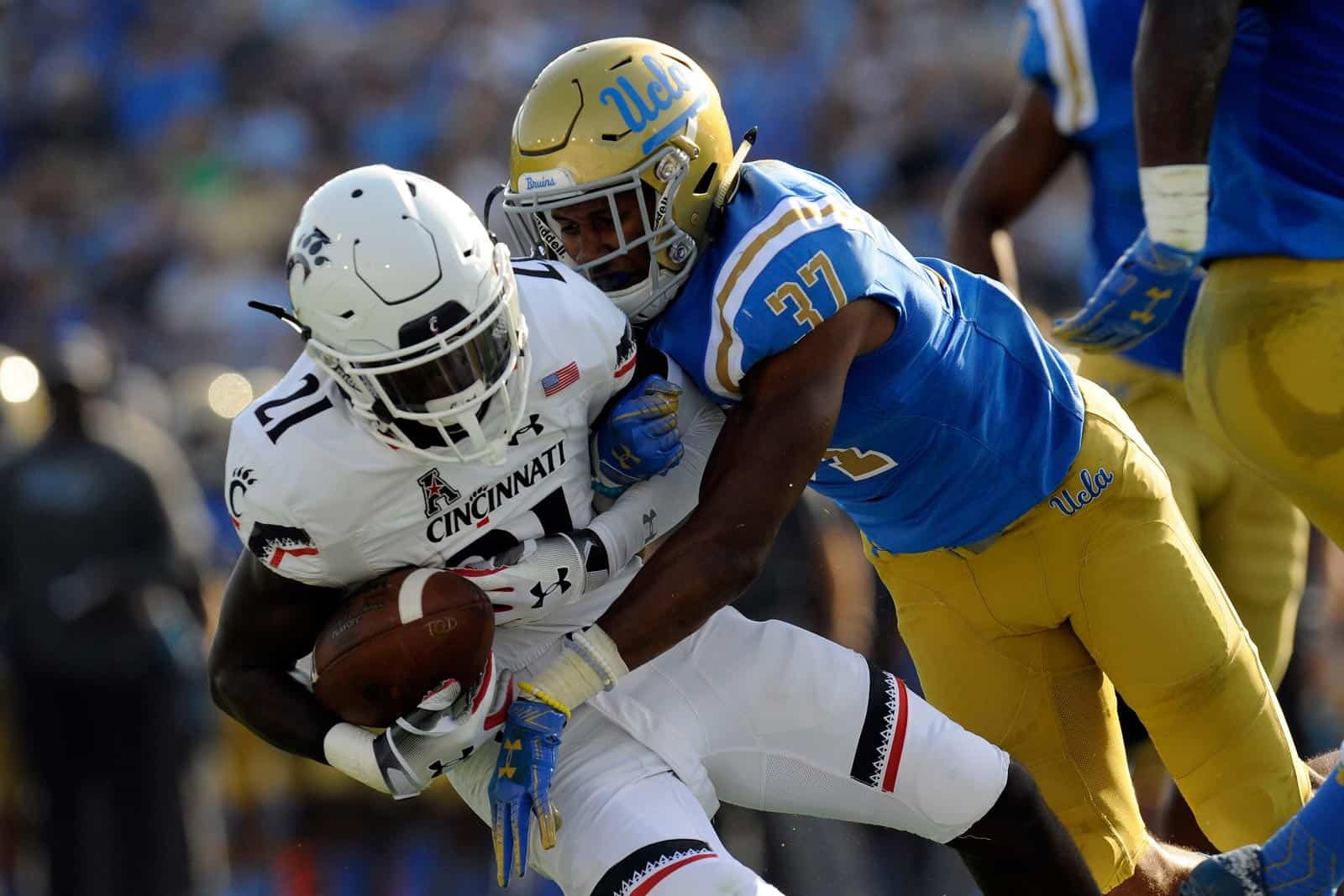 Where before it was almost unheard of for a “big” college football program to hit the road and visit a “little” guy, the practice is becoming more and more commonplace.

That said, from a bigger picture perspective it’s still very much an exception rather than a rule. To illustrate, the 64 Power 5 programs coming into 2019 will play 12 games apiece for a total of 768 contests. Of these, only 16 – or 2% – will feature a large fish visiting a smaller pond.

To gauge how real the difference in venue size is, following are this season’s exceptions listed by the number of total seats each Power program will lose (or gain) by playing a game at a Group of 5 venue.

Rice Stadium played host to Super Bowl VIII in 1974, when Don Shula’s Miami Dolphins downed Bud Grant’s Minnesota Vikings 24-7. That version of the stadium seated 71,882. It was also the home of the Houston Oilers from 1965-67 and was the site of President John F. Kennedy’s “We choose to go to the moon” speech in 1962. This game caps off the second of two home-and-homes between Wake Forest and Rice, the other was played in 1989-90. The series is tied at 1-1-1.

Temple shares a home field with the Philadelphia Eagles, making it one of five FBS teams that play in an NFL venue. It’s no surprise that the Owls filled only 40.9% of their available seats in 2018, earning them a spot in the bottom five nationally in fill rate. The Terrapins lead the series 7-2 all-time but Temple has won two of the last three including last season at Maryland.

This is the first-ever meeting between Georgia Tech and Temple. The two also have a future date booked in 2025 in Atlanta.

Oregon State and Hawaii have played ten times previously, eight times in Honolulu and only twice in Corvallis. Of the dates on the island, five were played in the regular season (2014, 2006 and 1976) and three were in the postseason (the 1999 Oahu Classic and the 1940 and 1949 Pineapple Bowls). The Beavers lead 7-3 all-time and have won four-straight. The two schools also have a date booked in 2021 in Oregon.

The campuses of Ole Miss and Memphis are located a mere 80 miles apart, explaining why they’ve met 60 times previously. The Rebels have a commanding 49-11-2 lead in the all-time series, but eight of the 11 total losses (including the most recent defeat in 2015) came at Memphis.

Stanford and UCF’s only-ever previous meeting came in 2015 at Stanford, a 31-7 win for the Cardinal.

The front end of a home-and-home series that has the two schools in Tucson next season, the Warriors have never beaten the Wildcats in five tries. The two also have a date booked in Honolulu in 2025.

This is the first time Duke and Middle Tennessee have ever met in football. Though the Blue Devils did visit independent Army in 2017, they haven’t visited a current Group of 5 member since opening the 2015 season at Tulane. The two schools are slated to meet in Durham next season and have another home-and-home booked in 2024-25.

The back end of a home-and-home series that kicked off last season in Minneapolis, this is only the second time Minnesota and Fresno State have ever met on the gridiron. It’s also the first time the Golden Gophers have played a regular-season game in the state of California since 2011 when it opened at (25) USC.

Like Temple, South Florida is one of the five FBS schools that play in an NFL venue, in this case sharing a home field with the Tampa Bay Buccaneers. What separates the two is that the Bulls have been more successful filling their many seats (achieving a 53.2% fill rate in 2018) than have the Owls (40.9%). The only other meeting between Wisconsin and USF came in 2014 in Madison.

Another first-ever meeting, the clash between the Illini and Huskies also marks the first time Illinois will play a football game in the state of Connecticut. The two are slated to meet again next season in Champaign.

The only previous meeting between this unlikely pair came in 2016, when Purdue edged the Wolf Pack 24-14 in West Lafayette. This is the Boilermakers first football action in the state of Nevada.

The back end of a home-and-home series, these two met in Columbia last season, a 40-13 win for Mizzou. Like Illinois and Purdue, this will be the first time the Tigers have played football in a new state, in this case in Wyoming, an 840-mile road trip.

While not an NFL venue, the Rose Bowl is the tenth largest stadium in the FBS. But where Georgia regularly sells out similarly sized Sanford Stadium (92,746), UCLA filled only 55.3% of its available seats last season. In fact, only 54,116 showed up for the only other meeting between the Bruins and Bearcats, a 26-17 win for Cincinnati in Pasadena last season. While underwhelming, it’s still almost 15,000 more that can possibly attend this year’s meeting in historic Nippert Stadium, which was built six years before the Rose Bowl stadium even existed.

That’s a good list. You forgot to mention that BYU will be hosting three power-five teams in Provo this fall: Utah, USC and Washington.

I am surprised there a 4 stadiums in the Group of 5 larger then the Power 5 teams playing them (5 games for venues).

BYU is hosting 3 power 5 schools. And yes Mr. Pagan Propaganda Kevin Kelly, love to disappoint you guys and hone wreckers that are Mormon (Not Christian, Not Christian, Not Christian, only one Bible and One Testament of Jesus Christ Not two or three as Bible makes it clear) BYU is a G5 school. As is all the independent schools except Notre Dame which brings the # of P5 schools to 65 not 64. You worthless destroyers of God’s word are no better than the other G5 schools. The only idiots that would claim you as a P5 win or loss would be some moron from a G5 school to boost strength of schedule. Freedom of speech and totally allowed to say all I said, as all are true statements and facts. The truth hurts and shall set you free. Don’t like it? Live somewhere else!