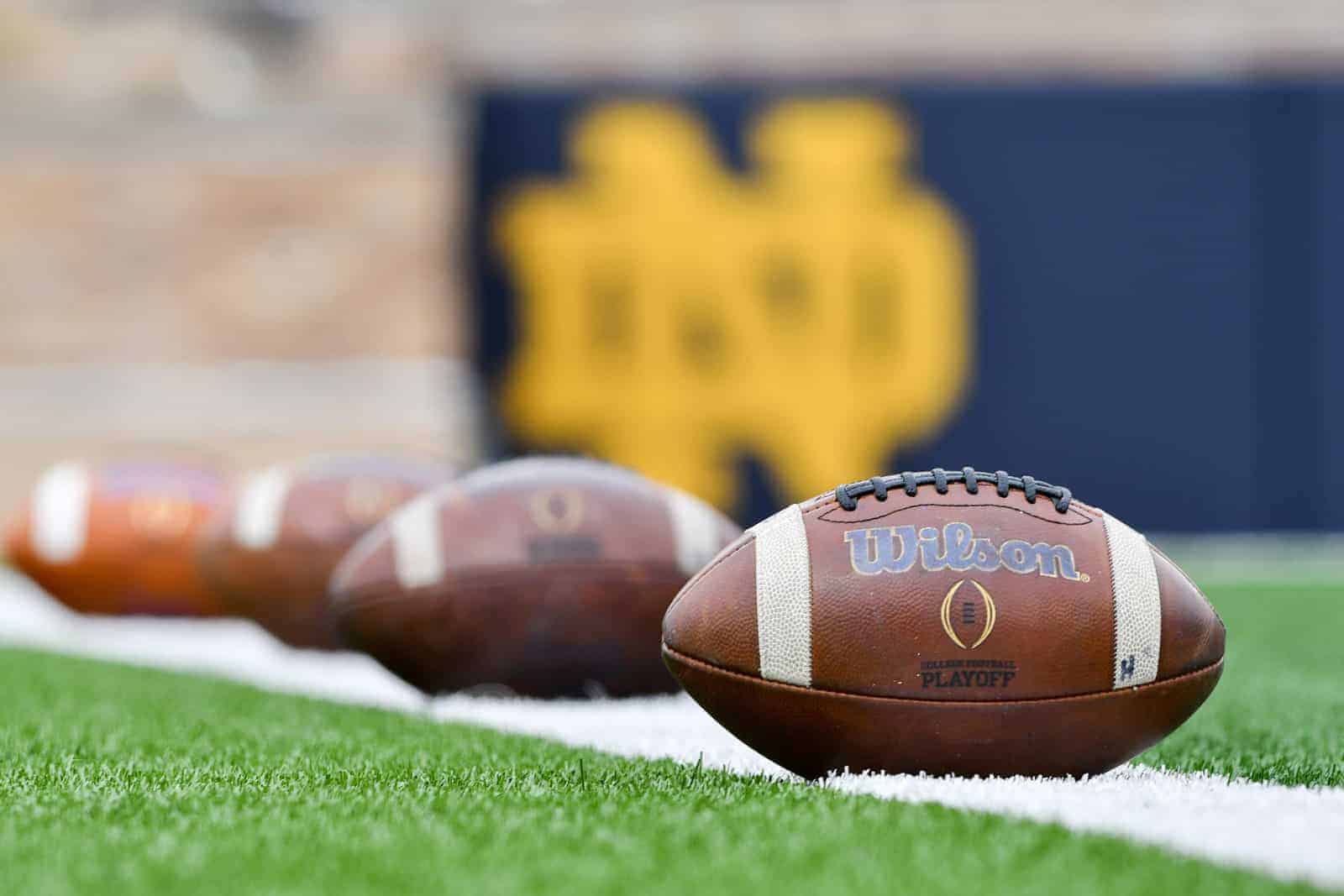 With four games slated for this Saturday and 86 scheduled over the Labor Day weekend, it’s time to stop talking about college football and start watching it.

In the words of Eleanor Roosevelt, it’s time to “put up or shut up.”

Following are a handful of fascinating facts designed to arm you with something to say should it get awkward at the chip and dip, or the beverage cooler, or the chicken-wing sauce station.

The Aggies and Cardinals share the disadvantage of regular-season meetings with (1) Alabama and (2) Clemson in 2018. Texas A&M gets the Tigers in Week 2 (Sept. 8) in College Station and then travels to Tuscaloosa in Week 4 (Sept. 22). Louisville opens vs. the Tide in Orlando and then waits to visit Clemson until Nov. 3.

LIBERTY joins the FBS ranks while IDAHO steps down

As of July 1, the Liberty University Flames, hailing from Lynchburg, Virginia are officially an FBS Independent. The Idaho Vandals take the opposite route, moving down from the Sun Belt to the FCS as members of the Big Sky conference.

Liberty turned the crank on its football operations in 1973, moved from Division II to I-AA (now the FCS) in 1989 and were members of the FCS Big South conference from 2002-2017. They are led by former Kansas coach Turner Gill and won’t be eligible for bowl action until 2019.

MARYLAND, RUTGERS and NORTHERN ILLINOIS won’t play an FCS opponent for the first time in more than a decade

One of the legacies of realignment is that there are still a handful of relocated programs who haven’t played all the other schools in their “new” league. In 2018, the ACC features two of these first-ever matchups while the Big Ten has one.

Georgia Tech travels to Louisville on Friday, Oct. 5 for the first-ever clash between the two schools. That’s followed by Illinois making the trek to Maryland on Saturday, Oct. 27 and  Pitt visiting Wake Forest on Saturday, Nov. 17.

TEXAS TECH opens vs. a non-conference Power opponent for the first time in 16 years

Texas Tech gets the ball rolling vs. Ole Miss in Houston (Saturday, Sept. 1 at 12pm EST on ESPN), marking the first time since 2002 that it has opened with a Power opponent. It goes a long way in explaining why the Red Raiders are enjoying a 15-0 run in season openers.

GEORGIA TECH, (24) OREGON and UTAH all play MAC opponents for the first time in history

The Ducks open the season with a visit from Bowling Green (Saturday, Sept. 1), the same team that hits the road to play the Yellow Jackets in Week 5 (Sept. 29). That leaves Utah, which plays at Northern Illinois on Saturday, Sept. 8 (Week 2).

The trio of first-ever MAC matchups completes the conference circuit for Georgia Tech, Oregon and Utah, who will now have played at least one current member of each of the ten FBS leagues.

Though the Tar Heels trekked as far west as Utah in 2004 and Arizona State in 2002, they haven’t played in California since 1998. That team made the trip to Stanford in Week 2, losing 37-34 on their way to a 7-5 record in Carl Torbush’s first season after taking over for Mack Brown.

EIGHT teams will start the season with a conference game

The Mountain West, Big Ten, American Athletic, and ACC all kickoff league play during their first week in action in 2018. In Week Zero on Saturday, Aug. 25, Hawaii travels to take on Colorado State at 7:30pm EST on CBSSN.

On Thursday, Aug. 30 Northwestern opens at Purdue at 7pm EST on ESPN and (21) UCF visits UConn in the same time slot on ESPNU. The holiday weekend wraps up with (19) Florida State hosting (20) Virginia Tech on Monday, Sept. 3 at 8pm EST on ESPN.

The Longhorns are scheduled to travel to Lawrence to play Kansas the Friday after Thanksgiving in 2018, snapping a 100-year streak of playing an opponent from the Lone Star State over the holiday weekend.

Texas did play Texas A&M in 1917, but the game took place on Tuesday, Nov. 20, the week before Thanksgiving. The Longhorns squared off with Arkansas on Turkey Day that season, blanking the Hogs 20-0 in Austin.

From 1918-77 Texas and Texas A&M clashed each Thanksgiving week. From 1978-79 the Longhorns rotated between the Aggies and Baylor, meeting the former ten times and the latter on seven occasions. From 1996-2011 it was back to A&M, the rivalry suspended only after the Aggies fled to the SEC in 2012.

The Cornhuskers and Buffaloes met 63 times from 1948 to 2010, each time as co-members of the Big 7, Big 8 or Big 12. They haven’t met since. The only other action in series history came in six games played between 1898 and 1907. Both schools were Independent for the first five of these meetings, Nebraska joined the Missouri Valley Intercollegiate Athletic Association in 1907. Colorado went to the Rocky Mountain Conference in 1910.

The Wildcats and Aggies, scheduled to meet Saturday, Oct. 6 at Kyle Field, haven’t clashed since 1953, also Bear Bryant’s final season at Kentucky before moving on to, ironically, Texas A&M.

In 1958 Bryant moved on to his alma mater, Alabama, where he would win six national titles in 25 seasons.

In a bizarre and rare scheduling twist, Liberty and New Mexico State are slated to meet in Las Cruces, N.M. on Saturday, Oct. 6 and again in Lynchburg, Va. on Nov. 24. It’s the first time in the modern era that two top-level college football teams have met twice in the regular season.

The phenomenon appears to be out of need rather than desire, both teams newly independent with holes to fill in their schedules. Liberty joins the FBS ranks as an independent this season while New Mexico State says farewell to the Sun Belt.

Ball State’s football program kicked off 94-years ago in Muncie, Indiana, only about a two-and-half hour drive southeast from Notre Dame Stadium. It’s a trip the Cardinals have never made – that is until Week 2 when they’ll finally clash with the powerhouse Irish.

The state of Indiana is home to four FBS programs – Notre Dame, Indiana, Purdue and Ball State. This year’s clash between the Irish and Cardinals will mean that each of the four schools will have met at least once.

(5) OHIO STATE is on a winning streak against its entire set of opponents, while KANSAS is on a losing skid against its regular-season slate

The Warriors, Midshipmen and Owls all pick up an extra game this season due to the “Hawaii Exemption.” It’s an NCAA rule that allows teams that schedule a road trip to Honolulu the option of booking an extra regular-season home game to recoup the extra travel costs. Hawaii is afforded the same opportunity.

Navy travels to Hawaii in Week 1 while Rice visits in Week 2. The Warriors other FBS home opponents – Wyoming, Nevada, Utah State, UNLV – all opted to stick with a 12-game schedule in 2018.

This is a lot of interesting information that I would not find anywhere else.
Nice job Amy!

concur on the great job done by Amy

I love that Ohio State stat, thats great stuff. Also agree with the schedule inequality. Washington has gotten beat up in the past on scheduling, certainly not the case this year.

You could make the argument that since Rutgers and Maryland play each other they both play FCS level opponets.

Maryland is a total car crash…..I wonder if they’ll even win 3 games all year.

And if Tennessee is as bad as they were last year, you could make the same argument when Vanderbilt and Tennessee play each other.

Non-conference power 5 opponents for schools who play 11 of 12 against power 5 teams: