The 11 toughest non-conference schedules in college football in 2017 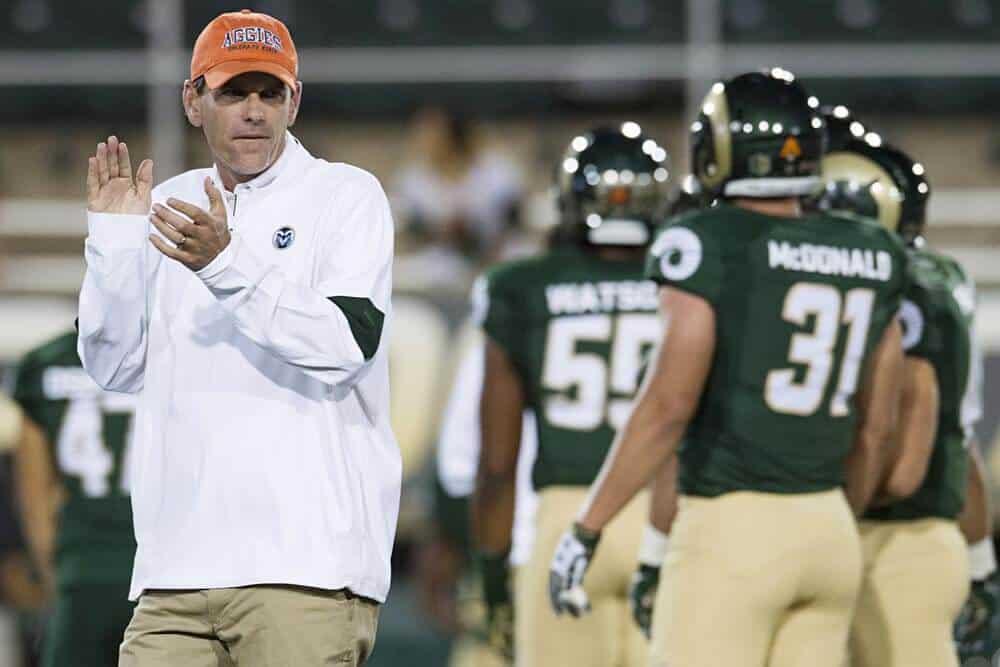 Following are the biggest uphill battles in the three/four games that make up the non-league part of each team’s schedule. The rankings used are via ESPN’s Post-signing day, Way-Too-Early Top 25.

Each school is playing with, at minimum, a one-game disadvantage. Though this won’t be reflected in the final record come January 2018, it’s worth assigning each a mental asterisk as they’ll have a harder time achieving their goals.

Though South Alabama scheduled just one Power opponent last season, in 2015 it played both Nebraska and NC State. In fact, it’s played two Power schools three of the five seasons since it moved up to the FBS ranks in 2012.

The Jaguars knocked off a Power program and a ranked team last year, scoring a 21-20 win at Mississippi State in the opener and upsetting (19) San Diego State 42-24 in Week 5.

What gives UTEP the edge over South Alabama in schedule strength is twofold. First, it gets the toughest opponent – the Sooners – on the road and next it doesn’t have a FCS team on its 2017 slate.

The Miners doubled-up on Power opponents as recently as 2015 when they suffered losses at (18) Arkansas and at Texas Tech. Their last win over a school that is currently in a Power conference was in 1992 when they beat Utah (then in the WAC).  Their most recent win over a ranked team was in 2009 when they upset (12) Houston 58-41.

South Carolina adds a neutral date with NC State to its regular-standing date with Clemson. It marks the first time it’s had two Power opponents outside of SEC play since 2015 when it added the Tar Heels into the mix.

Though South Alabama’s date with Ole Miss and UTEP’s meeting with Arizona might seem more difficult in tandem with their similarly ranked opponents – the Wolfpack are the only one of the three that posted a winning record last season.

Western Michigan has played at least two Power 5 opponents in the regular season every year since 2006. In 2016, they beat two of these foes – Northwestern and Illinois – on the road.

The Broncos scored a win over a ranked team as recently as 2015 when they knocked off (24) Toledo, but they’ve never upset a Top 5 team.

Like WMU, East Carolina has a history of doubling-up on Power conference opponents, a practice that dates back to its long run as an independent in the 70s, 80s and 90s.

The Pirates went 1-2 vs. regular-season Power foes last year, toppling NC State but dropping games to South Carolina and Virginia Tech. Their last win over of a ranked team was in 2014, a 28-21 victory at (17) Virginia Tech.

If Florida State makes it back to the CFB Playoff in 2017, it will have gotten there the hard way – adding top-ranked Alabama to its annual grudge match with Florida.

The Seminoles also scheduled an additional SEC opponent last season, scoring a comeback win over (11) Ole Miss in the opener. Before that it was 2014 that FSU double dipped in the regular season – again opening up the year at a neutral site, a win over Oklahoma State.

After falling on the road to the eventual Big Ten (Penn State) and SEC (Alabama) champions last season, Kent State gets nice and cozy with two big-time contenders in the ACC this year.

The Golden Flashes have played two non-MAC Power opponents every year since 2006. They haven’t beaten a member of the ACC/Big 12/Big Ten/Pac-12 or SEC since 2007 when they opened up with a road win at Iowa State. Their last win over a ranked foe was a 2012 victory at (18) Rutgers.

Pitt also played Penn State and Oklahoma State in 2016, only neither team was ranked when they met. Based on the very-early projections, it is one of only two FBS schools scheduled to face two Top Ten ranked opponents out of conference play.

The Panthers also played two non-ACC Power foes in 2015 (Iowa and Notre Dame), before that it was 2012 when they were still in the Big East (Virginia Tech and Notre Dame). They knocked off a Top Ten opponent as recently as last year when they shocked (3) Clemson 43-42.

As brutal as ULM’s non-Sun Belt schedule looks for 2017, last season they traveled to both Oklahoma and (again) Auburn. It’s been 16 years since the Warhawks played a schedule with fewer than two Power opponents out of conference.

ULM scored a win over a Power team in 2013, a 21-19 victory over Wake Forest. It hasn’t beaten a ranked opponent since 2012 when it strolled into Fayetteville as 30-point underdogs and knocked off (8) Arkansas 34-31 in overtime.

Colorado State’s non-MWC schedule earns strength points as in-state rival and annual opponent Colorado gains momentum. Add in a game at Alabama and a visit from Oregon State, and the Rams are staring down a potential 1-3 record in non-conference play.

For the last several years, CSU has added a Power opponent to its regular meeting with the Buffaloes. In 2013, it was exactly the same set-up as this year – the opener in Denver vs. Colorado followed by a Week 4 trip to (1) Alabama. The big difference is the addition of a third regular-season Power foe, something that hasn’t happened since 2004.

The Rams haven’t beaten a ranked team since knocking off (7) Colorado in 2002.

In 2017, Fresno State is slated to clash with the reigning champions of the SEC and the Pac-12. It’s also got a date with a BYU team that went 9-4 last season – the highest mark among the four Independent schools.

It’s the first time the Bulldogs have scheduled two Power opponents in the regular season since 2015. Their last win over a Power foe came in 2012, a 69-14 triumph over Colorado. They haven’t beaten a ranked team since edging (18) Virginia in the 2004 MPC Computers Bowl. They’ve never won a game vs. a Top Ten ranked opponent.

over and done with,this is the toughest non-league of the 2017 season…..

that is a nice schedule BUT Utah is likely the only team on it that will even sniff the top 25 so it doesn’t measure up to some of the listed schedules.

All four of them are expected to be top 25-caliber and therefore, in bowls, next season. I don’t see the Spartans beating any of the four, especially with all but the USF game on the road. That’s not a “nice” schedule, Bill. That might as well be Murderer’s Row for the Spartans’ purposes. Good thing that Cal Poly’s on the schedule.

Bill, you clearly don’t know what you’re talking about.

and the defending FCS National Champion as well.

but why would BYU be considered Power 5…since, you know, they aren’t?

And so does Fresno St.

Auburn is overrated. Always with a 10 class and barely gets over .500 ULM won’t beat them but Auburn is way overrated.

Poison or burn any trees lately? ;)

Arkansas’ decision to play Colorado state at Fort Collins is just plain smart! Razorback fans will greet this game with great enthusiasm. Many will travel, taking advantage of the Labor Day holiday. The chance to receive front page coverage in the Denver Post sports section, not to mention the local TV station, will help recruiting in the state. Historically Arkansas has picked up some excellent players in Colorado, most recently, Dan Skipper.

I do agree it was smart for Arkansas to make this a h/n/h, it should fill the stadium but it is not on Labor Day weekend, its the week after.