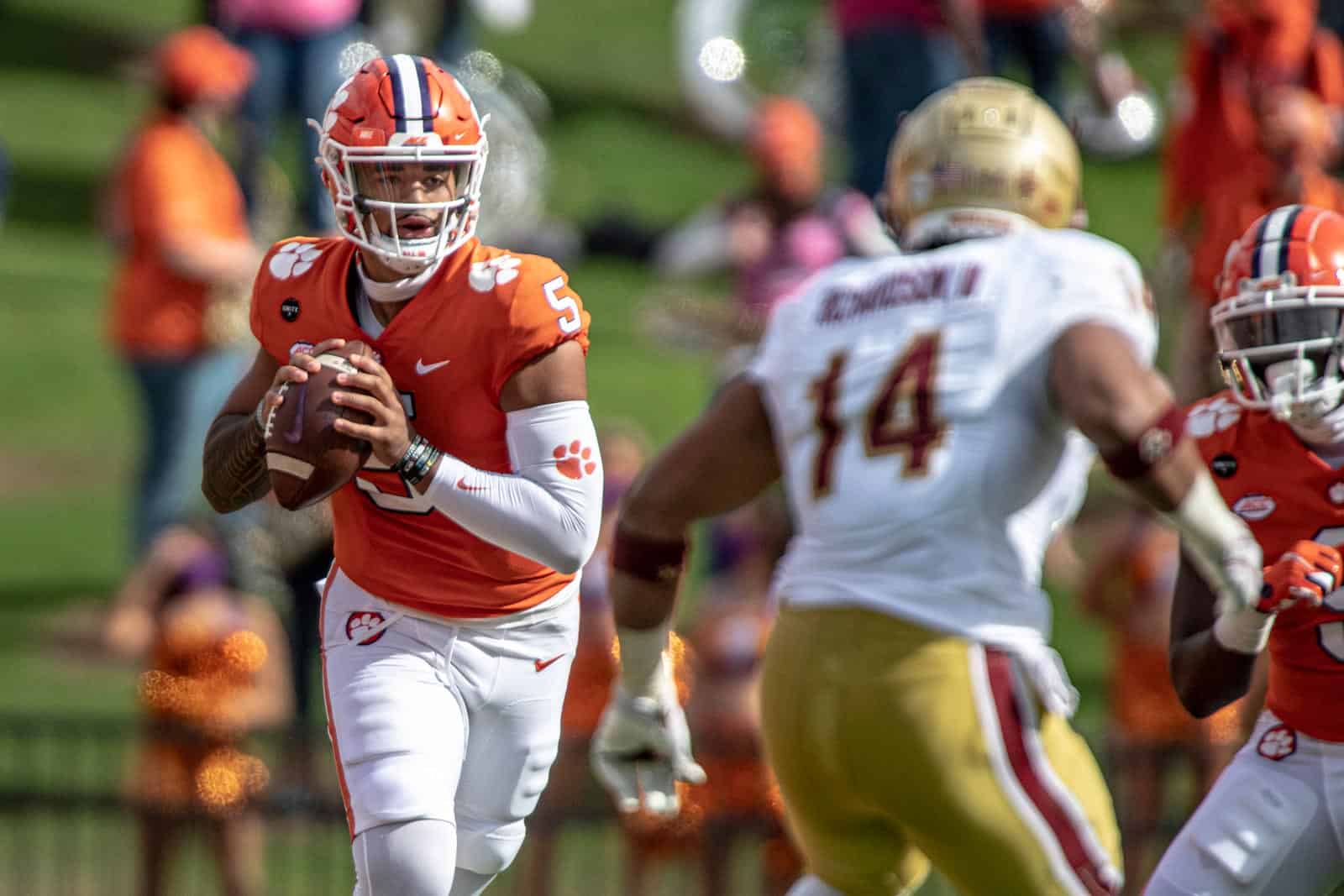 Are you still catching your breath after the craziness that was the 2020 college football season? Well friend, steady yourself…the 2021 season kicks off in 220 days.

If you want to get even more fired up, check out the following non-league matchups on tap for later this year. If we all play our cards right, we can lose the weight we gained last season before then new one starts.

As a note, the unofficial rankings listed below are courtesy of ESPN’s Way-Too-Early college football Top 25.

The only potential Top 10 matchup on our list, all eyes will be on this blockbuster to see which team makes an early claim on a CFP bracket slot. Georgia and Clemson share lots of history, meeting 64 times previously including three games when both shared membership in the Southern conference (1921, 1927 and 1932). The two haven’t played since 2014, the Bulldogs lead the all-time series 42-18-4 and have won six of the last seven. They are scheduled to meet again in 2024 (in Atlanta) and then in a pair of home-and-home series booked for 2029/30 and 2032/33.

These two haven’t clashed since the 1992/93 Sugar Bowl (also the first National Championship under the Bowl Coalition), a 34-13 win for Alabama. Prior to that, the two met in the 1989/90 Sugar Bowl, a 34-13 win for Miami that earned it the third of its five national titles. The Crimson Tide lead the all-time series 14-3 and have won 11 of the last 12. The Hurricanes haven’t beaten Alabama during the regular season since 1955 and haven’t beaten a Top 5 opponent since destroying then (3) Notre Dame 41-8 in 2017.

A potential ranked vs. ranked matchup that no one would have ever thought of Louisiana and Texas have met twice previously, both season openers in Austin. Most recently, the then (2) Longhorns downed the Cajuns 60-3 to kick off their 2005 national championship campaign. Before that, it was 2000, a 52-10 win for then (6) Texas. Louisiana is 2-20 all-time vs. the current membership of the Big 12, the wins coming at then (23) Iowa State (a 31-14 upset last season) and vs. Kansas State (in 2009). Texas has never lost to a current member of the Sun Belt (6-0).

The back end of a home-and-home series which was originally (pre-pandemic) slated to start last season in Eugene, Ohio State and Oregon haven’t met since the 2014/15 CFP National Championship Game – a decisive 42-20 victory for the Buckeyes. Also a rematch of the 2009/10 and 1957/58 Rose Bowls, the Ducks and Bucks have met nine times, Ohio State winning on each and every occasion.

If Iowa can kick off its season with a Week 1 win over Indiana and Iowa State beats FCS Northern Iowa, the 2021 battle for the Cy-Hawk trophy should be the first-ever to feature two ranked teams. The Hawkeyes lead the all-time series 45-22 and have won five straight. Last season was the first time the two have failed to play since renewing their rivalry in 1977.

It’s unlikely that when this matchup was originally scheduled – in 2014 – that anyone would have guessed this might be a battle between Top Ten teams. Cincinnati and Indiana’s campuses are located a mere 130 miles apart, a quick two-and-a-half-hour drive. The two have met 14 times previously, but not since 2000. The Hoosiers lead the all-time series 9-3-2 and have won five straight. The Bearcats last win came sixty-six years ago, in 1957, in Bloomington. If all goes as planned, the two are slated to meet again in 2022, this time in Cincinnati.

This matchup marks the first-ever, regular-season meeting between Auburn and Penn State. The two last clashed in the 2002/03 Capital One Bowl, a 13-9 win for the Tigers. The only other meeting came in the 1995/96 Outback Bowl when (15) Penn State trounced (16) Auburn 43-14. The duo is slated to meet again next season, this time at Auburn.

I agree on this one

#15 Notre Dame vs #9 USC and #11 make my list as well. It very surprising which 3 teams on Notre Dame’s schedule are Top 25 and that Wisconsin, Florida St, Stanford and Virginia Tech are not.

Nebraska at (3) Oklahoma? Don’t you think Oklahoma has a tougher non-conference game at Tulane on September 4?

LSU at UCLA and Wisconsin-Notre Dame should be on this list.