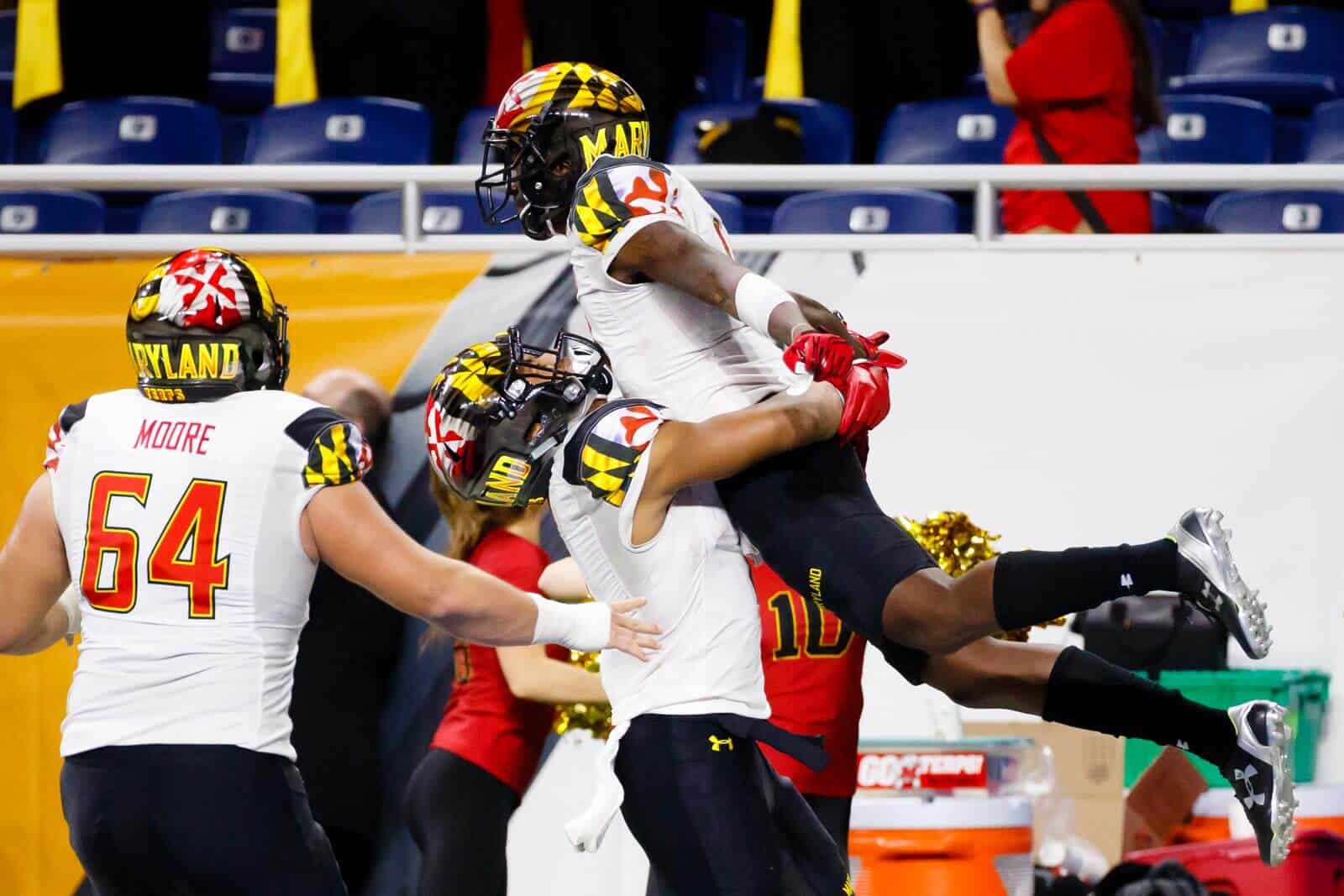 Last week we highlighted the 10 FBS programs with biggest decreases in schedule strength vs. last season, this week we look at the flip side.

The rankings are according to Phil Steele’s brilliant preview magazine, comparing 2016’s numbers with those just released for 2017.

In each case, the teams listed will be playing at a disadvantage vs. what they faced last year.

Arizona State’s schedule strength soars from the middle of the pack in 2016 to a Top Ten rank in 2017. It will make rebounding from its worst finish since 2009 even more difficult.

In non-conference play, the Sun Devils go from hosting their Power opponent Texas Tech at home to hitting the road for Lubbock. The other big difference is the lack of an FCS foe. It’s the the first time ASU hasn’t slated such an opponent since 2007. Add in San Diego State, which won 11 games and captured a Mountain West title last season, and things get even trickier.

From across the Pac-12 in the North, the Sun Devils retain Oregon and Washington, but trade in games vs. Cal and Washington State for road trips to Stanford and Oregon State.

Only five teams had an easier schedule than New Mexico did last year when it posted its best mark since 2007. Compare that to this season when 43 FBS programs will have easier slates than the Lobos.

The biggest change to the non-Mountain West slate is replacing a road trip to Rutgers with a daunting visit to College Station to play Texas A&M. Beyond that, a home game with ULM is upgraded with a visit to Tulsa. ULM has scored a winning season only once in 24 tries while the Golden Hurricane have posted double-digit marks four out of the last ten seasons.

From across the conference in the West division, New Mexico picks up San Diego State, the reigning MWC champion. The Lobos have avoided the Aztecs since 2014 and have lost five straight, last winning in 2008.

Though Georgia finished a respectable 8-5 in Kirby Smart’s first year at the helm, it lost four of its five SEC contests from Sept. 24 to Oct. 9. The 4-4 finish in conference play was the worst since 2010. This season, the Bulldogs schedule soars from the top 40% nationally to the Top 20.

In non-conference action, Georgia swaps out a neutral game with North Carolina for a road trip to Notre Dame. From a bigger picture standpoint, the Bulldogs go from playing four true road games to five. Included are visits to Georgia Tech, Auburn, and Tennessee. This is a program that’s gone 51-14 (78%) at home since 2007 vs. 30-14 (68%) away.

Defending national champion Clemson’s schedule goes from being rated in the middle of the pack in 2016 to the Top 25 this season. Though there are some concrete differences, the increase also speaks to the growing strength of the ACC Atlantic, which had only one of its teams finish with a losing record in 2016 vs. three in 2015. It also explains why three of the division’s members are included on this list.

In non-ACC play, the Tigers repeat with the two Power foes they faced in 2016 – Auburn and South Carolina. The change is they play the Tigers at home and the Gamecocks on the road, where they’ve won just once in four tries. From across the conference in the Coastal, they drop Pitt and pick-up a road trip to Virginia Tech. Though the narrow loss to the Panthers was the sole misstep in 2016, the Hokies should be ranked in the preseason Top 25 and contend for a division title.

The most obvious upgrade comes on the non-conference slate, where Air Force retains its annual games with Army and Navy, but drops Georgia State for a road trip to Ann Arbor to play Michigan. From across the conference in the West division the Falcons swap Hawaii, Fresno State, and San Jose State for San Diego State, Nevada, and UNLV. It’s basically trading in two of the teams predicted to finish at the bottom of the division (Fresno State and San Jose State) for the top two contenders (San Diego State and Nevada).

Wake Forest’s seven-win mark last season was its best finish since 2008. This year it gains a whopping 41 points in schedule strength, landing just inside the Top 25 toughest slates in the FBS.

Not only do the Demon Deacons replace Indiana with Notre Dame in non-conference play, they swap out games vs. Tulane and Army (which have each posted only one winning record in the last five years) with Appalachian State and Utah State (which have each posted double-digit finishes twice in the last five years). From across the ACC in the Coastal, Wake upgrades the home game vs. Virginia it enjoyed last year with a road trip to Georgia Tech.

Only two Power programs will face a larger increase in schedule strength than South Carolina will suffer going into 2017. It has the potential to make Will Muschamp’s quest to continue his career as a head coach even more precarious.

Outside of their SEC schedule, the Gamecocks pick-up an additional Power opponent vs. last year’s slate – adding NC State to its annual game with Clemson. Beyond that, it upgrades a visit from UMass with a visit from Louisiana Tech, which fell one-point short of upsetting 24-point favorite Arkansas last year. Speaking of the Razorbacks, that’s who South Carolina draws from the SEC West instead of Mississippi State. Adding to the difficulty, it gets permanent- cross-division rival Texas A&M on the road in College Station.

UTEP has posted a winning record just once in the last 11 seasons, in 2014 when it went 7-6. In 2017, the Miners go from having the easiest schedule in the FBS to having 44 programs with easier slates.

In non-conference action, UTEP repeats its games with New Mexico State and Army from last season only it gets both on the road. The real kicker comes with the big boys, replacing a road trip to Texas with a road date at Oklahoma and then adding a game vs. Arizona in place of FCS Houston Baptist.

If that weren’t enough, the Miners pick-up a cross-division game with Western Kentucky, who they’ve avoided since 2014 and never beaten. WKU is fresh off back-to-back Conference USA titles and is 23-5 since 2015.

Boston College’s ascension to the Top 25 of schedule strength is all about non-ACC play. Where the Eagles didn’t play a Power opponent outside of its conference slate last season, this year they host Notre Dame which they’ve dropped five-straight games to.

Beyond that, they travel to UConn rather than host them in Chestnut Hill and then upgrade FCS Wagner and Buffalo with Northern Illinois and Central Michigan. It amounts to taking an almost guaranteed win and an opponent that lost 10 games last season and replacing them with two teams who’ve both been bowl eligible four out of the last five seasons. It’s also the first time BC hasn’t played a FCS team since 2005.

Like Air Force, Maryland is a great illustration of how schedule strength and results can go hand in hand. Going into the 2015 season, the Terrapins slate earned a No. 17 national rank from Steele – that squad finished a dismal 3-9. In 2016, the rank plummeted to No. 62 and the outcome improved to 6-7. In 2017, the rating jumps all the way to No. 13, putting it on par with USC at No. 11 and Notre Dame at No. 12.

In cross-division action, the Terrapins drop a visit to Nebraska and pick-up a visit to Wisconsin. They also swap out Purdue with Northwestern.

I just have to say this:

Maryland has the UGLIEST helmets in all of football….on any level.

They remind me of NASCAR all day long.

The Boston College/UConn game is in Boston’s Fenway Park, home of MLB’s Red Sox. UConn will be the designated home team, though.