Western Kentucky to play at BYU in 2020 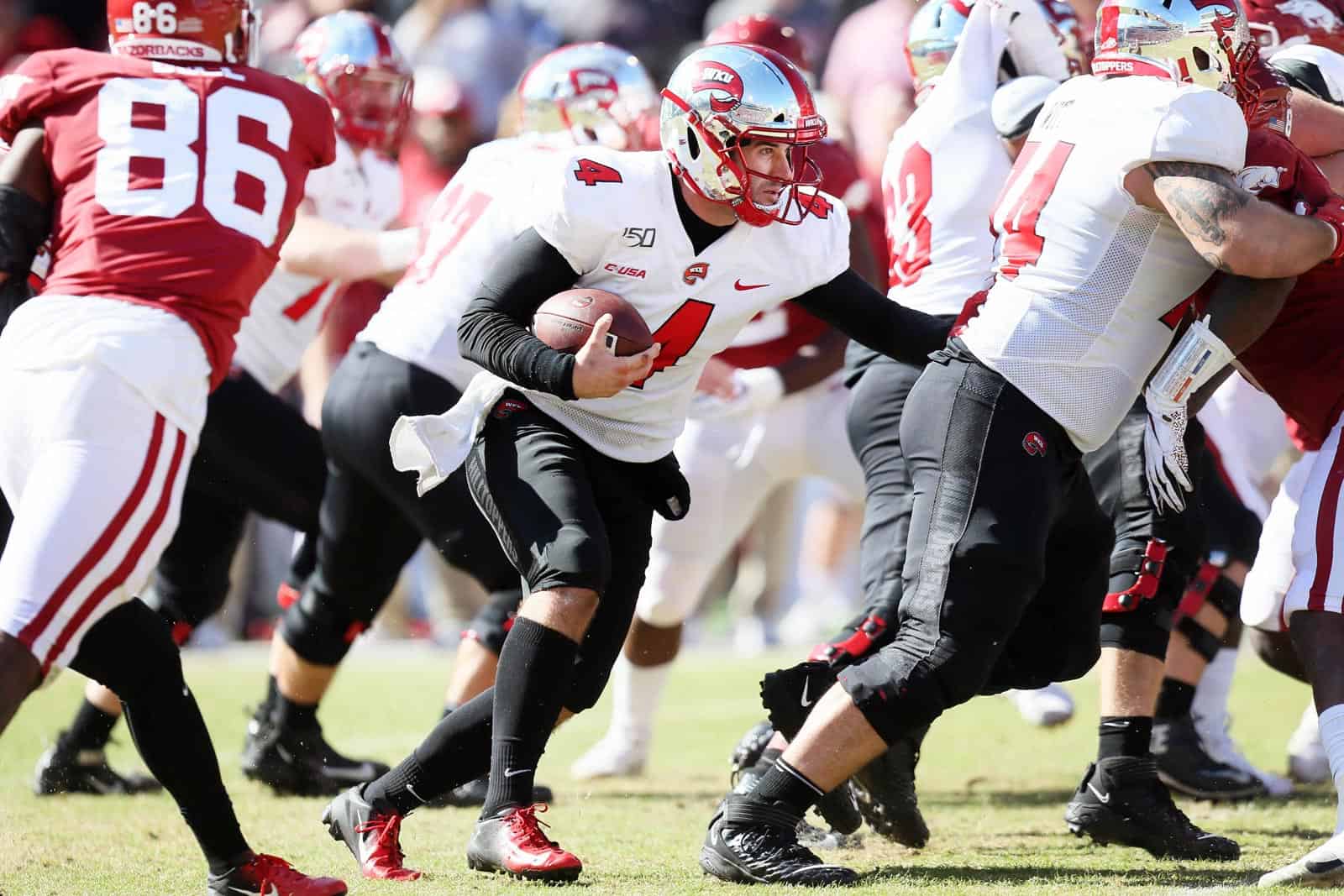 The Western Kentucky Hilltoppers will play at the BYU Cougars in 2020, both schools officially announced on Friday.

Western Kentucky will travel to play BYU at LaVell Edwards Stadium in Provo, Utah, on Saturday, Oct. 31, 2020, which is Halloween. The game will mark the first-ever meeting between the two schools in football.

News of the WKU-BYU matchup was first reported by Brett McMurphy of Stadium.

“The challenges of 2020 have also resulted in unique opportunities, and we are really excited about the first-ever football matchup between WKU and BYU,” WKU Director of Athletics Todd Stewart said. “As we experienced after each of our recent victories over Arkansas, Kentucky (twice), Vanderbilt, Navy (twice), Army (three times), Memphis and South Florida, games against strong non-conference opponents provide opportunities for quality wins and vital national exposure. The Cougars’ storied program’s accomplishments include a national championship, Heisman Trophy winner, 23 conference championships and 15 bowl wins. This trip to Provo is one our program is looking forward to.”

The addition of BYU gives Western Kentucky a 10-game schedule for the 2020 season. The Hilltoppers had a home game against Chattanooga postponed and games at Louisville and Indiana canceled due to the novel coronavirus 2019 (COVID-19) pandemic.

Western Kentucky also has their home game against Conference USA foe Old Dominion wiped out when the Monarchs postponed their entire season.

On Thursday, it was reported by separate sources that the BYU Cougars will host the UTSA Roadrunners on Oct. 10 and the Texas State Bobcats on a date to be announced during the 2020 season.

Only two games remain from BYU’s original 2020 football schedule, home contests against Houston on Oct. 16 and North Alabama on Nov. 21.

“We are grateful that Western Kentucky was able to quickly put together a game that will enable our teams to play football,” said BYU Director of Athletics Tom Holmoe. “We are looking forward to the matchup and hosting the Hilltoppers at LaVell Edwards Stadium.”