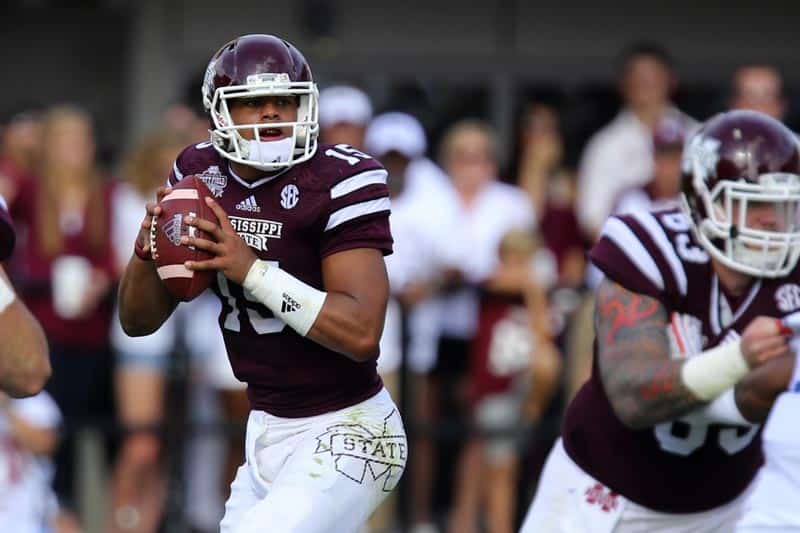 The Weekly ‘Weakly SEC Football Predictions’ have been on for eight great episodes and have yet to be canceled. Being that we’ve made it to the halfway point of the season without being told our services are no longer needed, I think it’s a great time for a review of the first half of the 2014 SEC football season.

Upside Down
You may have noticed people standing on their heads this week in random places. It appears these amateur gymnasts aren’t working toward qualifying for the 2016 Olympics. 99.45 percent of these folks just refuse to believe the order of the SEC East and West standings as they read their iPhones, iPads, newspapers, flip phones, etc.

It does appear the standings are upside down with Ole Miss and Mississippi State atop the West while LSU and Arkansas swim with the bottom feeders. Kentucky is tied with Georgia in the loss column in the East while Florida and Tennessee are struggling to walk and chew gum at the same time.

College Football Playoff Water Is Murky
The BCS may not sound like a bad idea when we reach that moment no more suggestions and only decisions are needed for the four teams participating in the College Football Playoff. If Notre Dame beats Florida State while Jameis Winston is signing authenticated crab legs, I’m willing to bet the committee just takes the easy way out and puts three teams from the SEC West and Notre Dame in the CFP. Otherwise, the committee will be forced to pick a team from another conference. Not for merit, but for the sake of choosing a team from another conference.

Strap in. BCS debate and discussion at this point of the season was at a fever pitch every year. The CFP’s discussion will hit DEFCON 3 by the end of October and by December the Armed Forces may need to create a DEFCON 0.9.

This category could easily have been titled, “Heisman Trophy Winner.” Dak has been the talk of the college football world since the win over LSU in Baton Rouge. He has the best stats, the best play-making ability and, most importantly, he has the best name. How can a guy named Dak not be a great football player in the South?

[Cue The Price Is Right Loser Music]
Steve Spurrier’s SEC Storied had barely rolled the final credits when Kenny Hill and the Texas A&M Aggies threw a touchdown for what seemed to be every other play. The Gamecocks are severely disappointing. They somehow found a way to beat Georgia, but since and before that win, they have been less than unimpressive and don’t appear to be getting any better.

The Best Winless Conference Team in History
Arkansas is the most dominant winless conference team I have ever seen and I’ve seen a lot of Vanderbilt football since moving to Nashville as a seven-year-old kid in 1984. Vandy was notorious for staying in games in the mid-to-late 90’s when Woody Widenhofer ran the defense and then eventually as head coach. The difference between Woodyball and Bielemaball is Bielemaball seems like they are the better team and should win the game while Vandy just hung on to only lose by one score.

Arkansas lost to Texas A&M 35-28 in overtime and 14-13 to Alabama. They were tied with Auburn 21-21 at halftime on opening Saturday, but they just haven’t been able to get a conference win. Their best chance is LSU in Fayetteville on November 15th and at Missouri on the Friday after Thanksgiving. That Missouri game will probably be cold, and that is a very under-the-radar rivalry that will organically become what the conference tried to manufacture with the Arkansas-LSU Boot Game.

Biggest Upset
The biggest upset thus far is there hasn’t been one in the conference. Maybe the fact that the Magnolia State owns college football would have been an upset at the beginning of the year. Or Vandy’s wins over both UMass and Charleston In Charge State could count as upsets, but if I have to pick one game that will go down as an upset, I’ll go with South Carolina’s September 13th victory over Georgia. The more the season progresses, the more we will scratch our heads over that one.

Everyone just wrote off the win over Mark Richt’s Bulldogs as Spurrier getting back on track after putting up a dud against Texas A&M on the opening Thursday night, but since that game the Gamecocks have one victory and it was a very sloppy win over Vanderbilt in Nashville. Losses to Missouri and Kentucky where Carolina blew late fourth quarter leads only adds insult to injury. And, hey, don’t forget that this Missouri team that beat Carolina in Columbia (East) was shut out by Georgia, 34-0, in Columbia (West).

Top Five Remaining Games
1. Mississippi State at Ole Miss | 11.29.14
Even if both teams have a loss, this game could decide the SEC West fate of four teams. ‘Bama and Auburn could be alive as well.

2. Auburn at Alabama | 11.29.14
Speaking of being alive in the West, this game could determine an SEC West champion, a College Football Playoff representative and possibly whether or not one of the Mississippi teams go to Atlanta or the CFP.

3. Mississippi State at Alabama | 11.15.14
If things continue to follow the current trend, this game will set the stage for the drama that could ensue in the top two games above. Alabama fans are up in arms over how “bad” the Tide has looked. A win over Mississippi State and Alabama is in prime position to win the West.

4. Auburn at Ole Miss | 11.1.14
Auburn would love to ruin Ole Miss’ season in early November, but they’ll have to do it in Oxford. Alabama will become huge Auburn fans for one day as they hope to spend the open date moving up the SEC West and College Football Playoff standings.

5. Georgia at Kentucky | 11.8.14
This game could determine the SEC East Championship. If not, we might could move Ole Miss at LSU or Alabama at LSU into this No. 5 spot, but we believe that Kentucky has what it takes to get to this moment with an opportunity to book a trip to Atlanta for the first Saturday in December.

Halftime is over, team. Let’s get back out there and have a great second half.