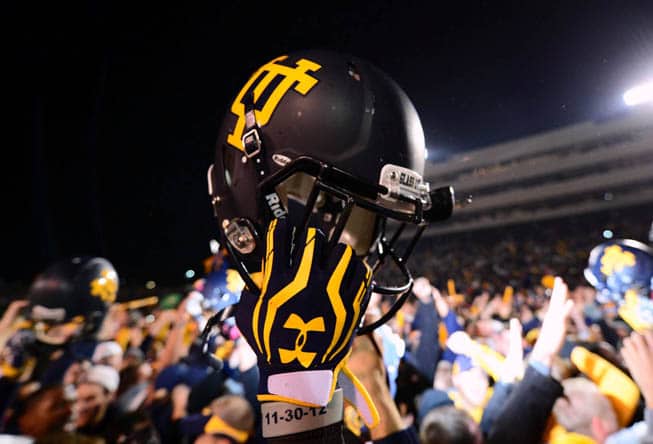 Toledo will travel to Arkansas in 2015. (Andrew Weber-USA TODAY Sports)

Toledo will travel to face Arkansas at Donald W. Reynolds Razorback Stadium in Fayetteville on Sept. 12, 2015.

“We are very pleased to add Arkansas to our 2015 football schedule,” said O’Brien. “Arkansas is a program with a long and storied football tradition. We look forward to a great experience in Fayetteville in 2015.”

Toledo now has three non-conference games scheduled for the 2015 season. After playing at Arkansas, the Rockets return to the Glass Bowl to host back-to-back games against Iowa State on Sept. 19 and Arkansas State on Sept. 26.

Arkansas has announced only one other non-conference game on their 2015 schedule — a home game on Sept. 19 against Texas Tech. That game is the second half of a home-and-home series with the Red Raiders that begins in 2014.