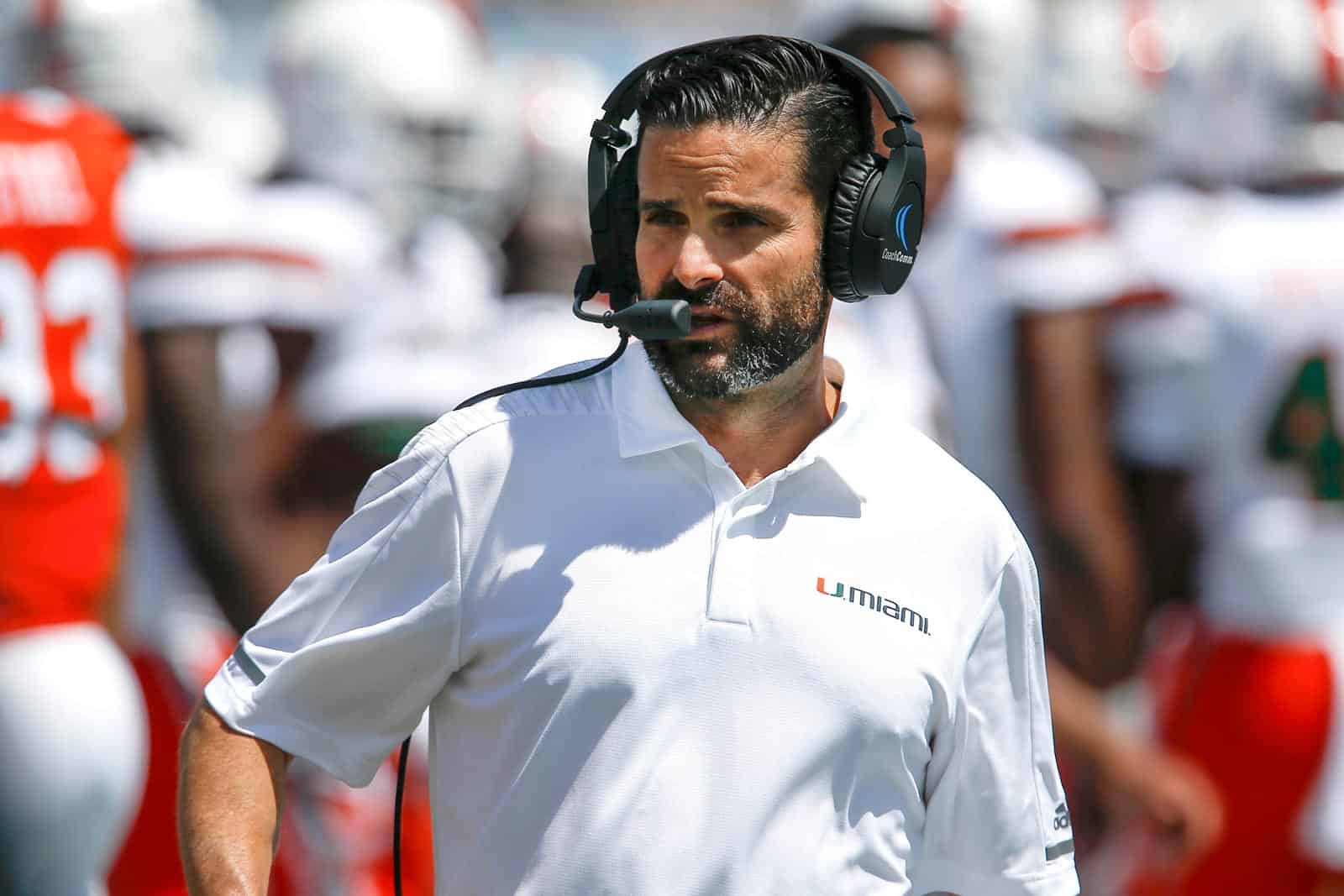 Coming into 2019, 26 FBS programs have new head coaches. That means that a whopping 20% of the field is under a new regime.

Whether it’s a transition fans are greeting with anticipation or instead viewing with skepticism, each leader will be faced with a different set of circumstances. At the top of a list that includes returning starters, recruiting, and injuries is the 2019 schedule. In other words, the list of opponents that stand between the new coach and a successful first season.

And, as we well know, all schedules are not created equally.

Following are the new head coaches which will have the roughest start to the season from a scheduling standpoint. While they may not go 0-3, the first three outings may have fans scratching their heads and wondering what their AD was thinking when he/she made the hire.

They are power ranked, for your pleasure.

Despite the start vs. the Dukes, a perennial FCS national championship contender, Neal Brown is one of only four new head coaches to draw back-to-back Power 5 opponents within their first three games. Combined, the Tigers and Wolfpack went 17-9 last season.

Brown comes to West Virginia after posting a 35-16 record in four seasons at Troy which included three consecutive bowl wins, a first in program history. As a collegiate player, he made a stop as a quarterback at Kentucky (1998-2000) where his career brushed the coaching tree of Hal Mumme and Mike Leach. As a coach, he’s served as the offensive coordinator at Texas Tech (2010-12) and Kentucky (2013-14).

Manny Diaz won’t make his home debut as Miami’s new head man until Sept. 14, technically Week 4 for the Hurricanes due to their early start vs. the Gators (Aug. 24; Week Zero).

Diaz has made numerous stops as a defensive coordinator during his 20-year journey as a college coach. Included are stints at Middle Tennessee, Mississippi State, Louisiana Tech, and Texas. Most recently, he’s served in the same capacity for the Hurricanes since 2016. This is the Florida State grad’s first head coaching job.

While Hugh Freeze’s first three games might not look perilous on the surface, Syracuse, Louisiana, and Buffalo combined for a 27-14 mark in 2018. Beyond that, both the Ragin’ Cajuns and Bulls earned spots in their respective conference championship games last season and the Orange are No. 15 in ESPN’s latest Way Too Early Top 25 for 2019.

For Freeze and Liberty – which didn’t move up into the FBS ranks until 2018 – it’s a scary proposition.

Freeze resigned from his latest post as the head coach of Ole Miss prior to the 2018 season. He was 39-25 during his five seasons in Oxford, before that posting a 10-2 record as the head man at Arkansas State in 2011.

Geoff Collins has the dubious honor of opening AT the defending national champs and then hosting a Bulls squad that’s 6-1 vs. the Power 5 since 2016.

Not only does Thomas Hammock get two Power 5 opponents in the first two weeks of the season, both are ranked in ESPN’s Way Too Early Top 25 AND both are road games. Throw in the fact that he doesn’t even coach at a Power 5 school and the difficulty level gets notched up even higher.

Dana Holgorsen, like NIU’s Hammock, starts the season against two members of ESPN’s latest Way Too Early Top 25. The leader in sports has the Sooners at No. 3 and the Cougars at No. 13.

Holgorsen left the West Virginia job (where he went 61-41 in eight seasons) to take on the same role at Houston. Like his successor in Morgantown, Neal Brown, Holgorsen is a product of the Hal Mumme/Mike Leach tree, coaching with the pair at Valdosta State (1993-95) and again with Leach at Texas Tech where he was the offensive coordinator from 2005-07.

Mack Brown is the only new head coach in the FBS to start the season with three consecutive Power 5 opponents. It’s a big challenge for a Tar Heel team that’s 2-17 vs. the Power 5 since 2017.

Yeah,Amy is still clueless on there are 130 FBS teams and likes to push the ESPN agenda on dividing schools into Group of 5 and Power 5 crap. Division 1A is one and the same.