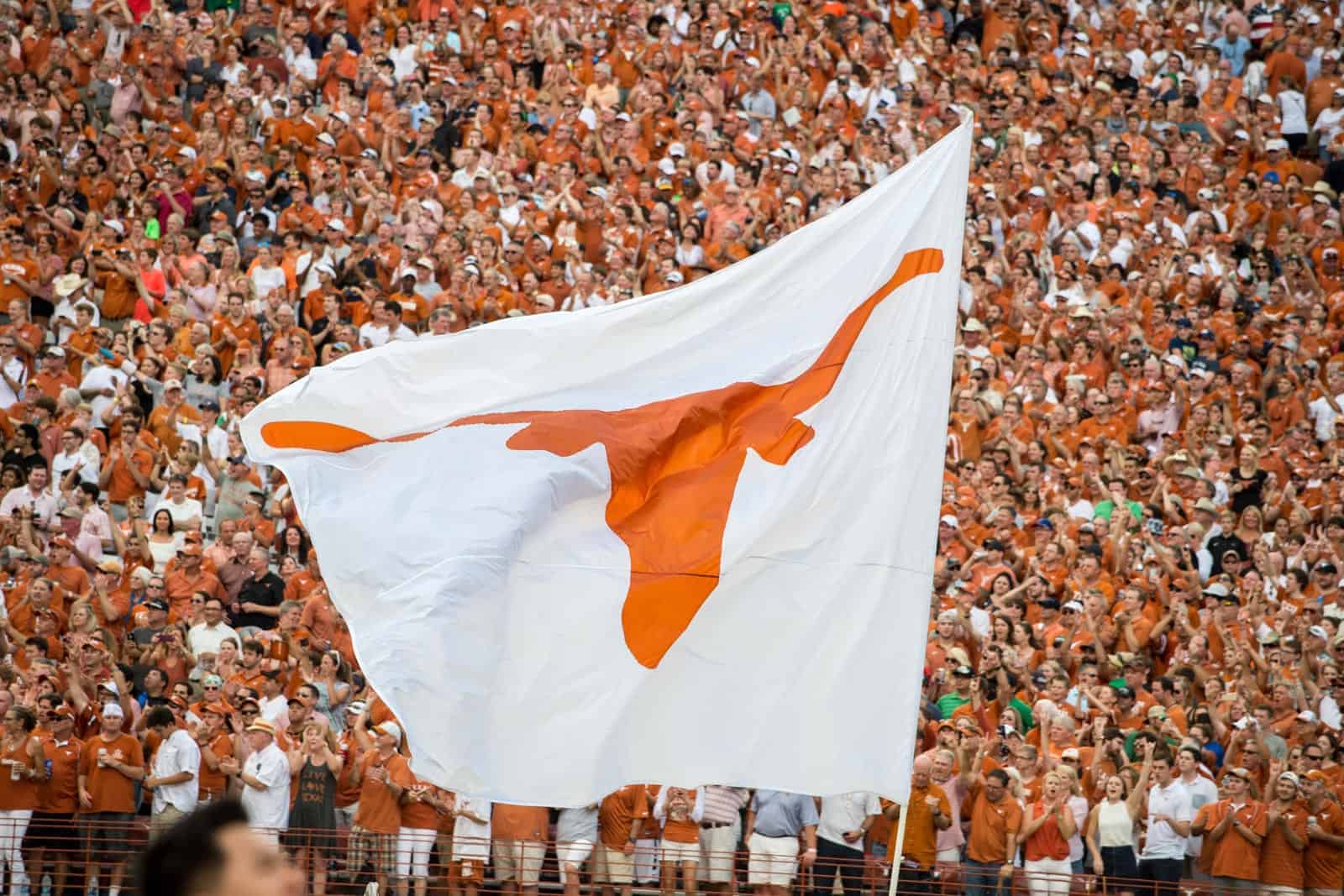 The Texas Longhorns and the Texas A&M Aggies have a long history on the gridiron.

But in 2012, Texas A&M bolted the Big 12 Conference for the SEC. That put the annual Texas-Texas A&M rivalry in limbo for the foreseeable future.

That was six years ago, but then there was some discussion of the series a few years later.

Back when he was hired in 2014, former UT head coach Charlie Strong said he would “love to” renew the series. That was followed by a “180” a few months later by then UT athletics director Steve Patterson stating on the Paul Finebaum show that the series was “dead without a compelling reason.”

Fast forward to 2018 and there’s only been a smattering of serious talk about reviving the dormant series. Until today, that is.

Current Texas athletics director Chris Del Conte told Chuck Carlton of the Dallas Morning News that the series is “important” and that “at some point and time we will pick up our rivalry.”

Chris Del Conte on renewing UT/A&M football rivalry: "At some point and time we will pick up our rivalry. It’s important to our state and important to our fan base. I’m assuming when it’s appropriate and ready, we’ll play…We’d like to do that, it’s just matching up schedules."

That’s the most positive position that Texas has taken on the series in years. Hopefully the two schools will mend fences and college football fans will see the Texas-Texas A&M rivalry renewed in the near future.

Playoff Committee is the key piece here. If playing and winning a game like this (assuming both teams are ranked) is considered a big plus more of them will be scheduled. Since Alabama got to the Playoff with only one win at a neutral site Power 5 Out of Conference, that turned out to be a 6-6 Florida St team, plus not winning the division or conference I see why Texas A&M thinks they can do the same thing. Alabama by winning the playoff sets itself up for getting more benefits of the doubt (it seems to carry over from year to year even if many say it does not.)

It won’t happen until A&M gets over their b*tt hurt at being the “other” university in Texas. They have such an inferiority complex it is just staggering. By bolting the Big 12 they got to throw their tantrum. May take decades for them to “get over it.”

This renewal has been needing to happen! I hate seeing great rivalries die.

Bring back the Texas vs Texas A&M rivalry! We have Nebraska vs Colorado once again. So why not Longhorns vs Aggies?

I am not going to entirely disagree with you on this one but Texas AD talking to A&M has nothing to do with Alabama & making it to the CFP. This was a great rivalry & needs to come back in some sort of way. I don’t think A&M is looking at adding Texas back on in order to get to a CPF, the Aggies have a long way to go in order for that to happen, being having to new coach, starting over plus trying to get through the SEC schedule which includes Bama year in & year out. You can bash Bama playing a neutral site game with a 6-6 FSU team but please don’t forget that FSU was ranked #3 plus got their starting QB knocked out of the game for the rest of the season, sometimes that is very hard to recover. Bama has been around for 10 years, I will agree Bama gets the benefits of the doubt when it comes to the CFP because they know Bama will always show up to play. Just like last year, the committee felt they were a stronger team then Buckeyes, I could’ve gone either way but glad they picked Bama.