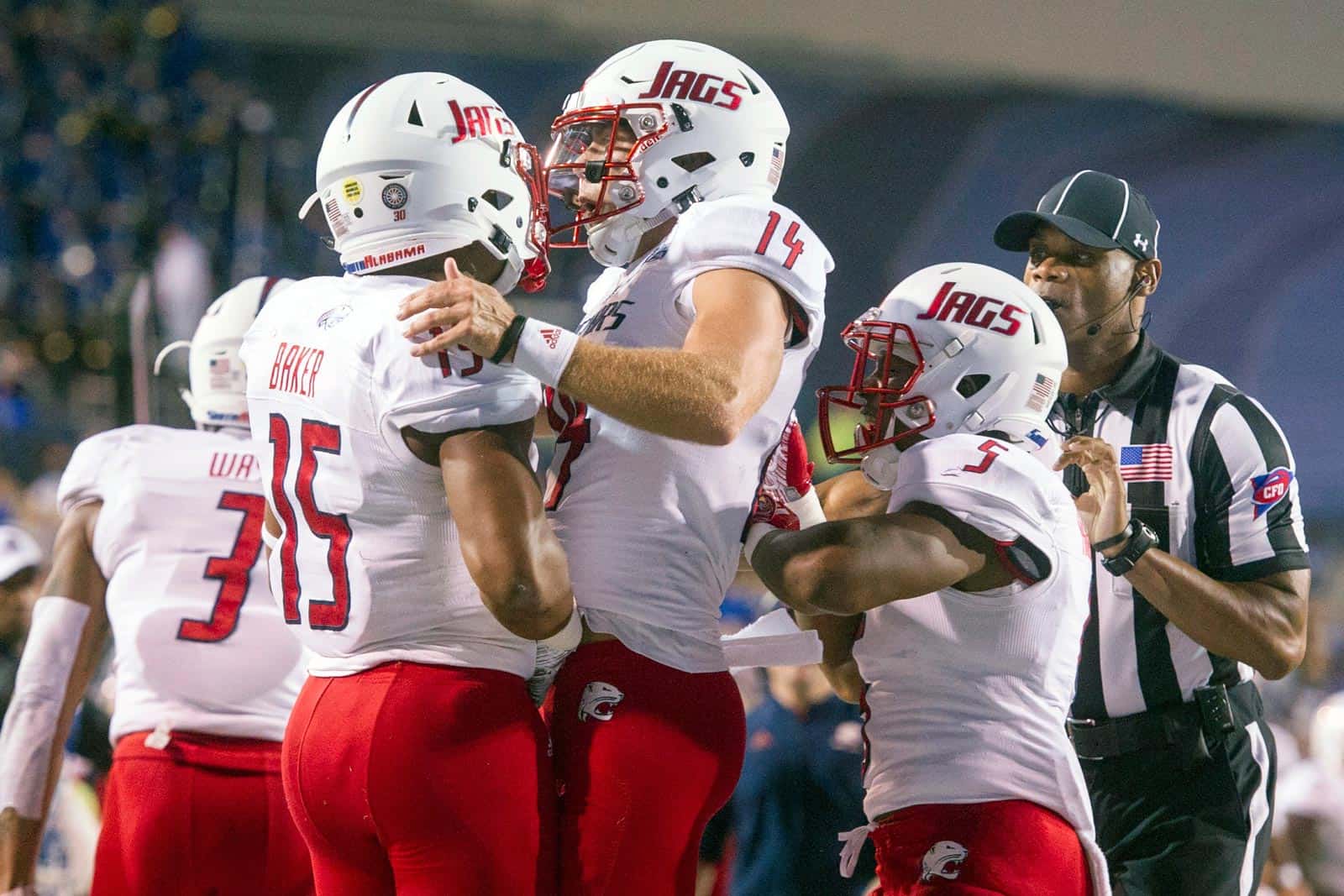 The South Alabama Jaguars have added the Eastern Kentucky Colonels to their 2023 football schedule, according to USA’s official website.

South Alabama will host Eastern Kentucky at their new on-campus football stadium in Mobile on Sept. 2, 2023. The new stadium is expected to open on Sept. 12, 2020 and it will have a seating capacity of 25,000.

The 2023 contest between South Alabama and Eastern Kentucky will mark the first-ever meeting on the gridiron between the two schools.

EKu is the third announced non-conference opponent for South Alabama in 2023. The Jaguars are also scheduled to host the Central Michigan Chippewas on Sept. 9 and travel to face the Oklahoma State Cowboys on Sept. 16.

Eastern Kentucky competes in the Ohio Valley Conference in the Football Championship Subdivision (FCS). The Colonels finished the 2018 season 7-4 overall and 5-2 in OVC play.

EKU now has two non-conference opponents scheduled in 2023. The Colonels are also slated to play at the Kentucky Wildcats on Sept. 9 that season.

South Alabama is set to open the 2019 season at the Nebraska Cornhuskers on Saturday, Aug. 31. Eastern Kentucky will start their 2019 campaign two days prior at home against the Valparaiso Crusaders on Thursday, Aug. 29.