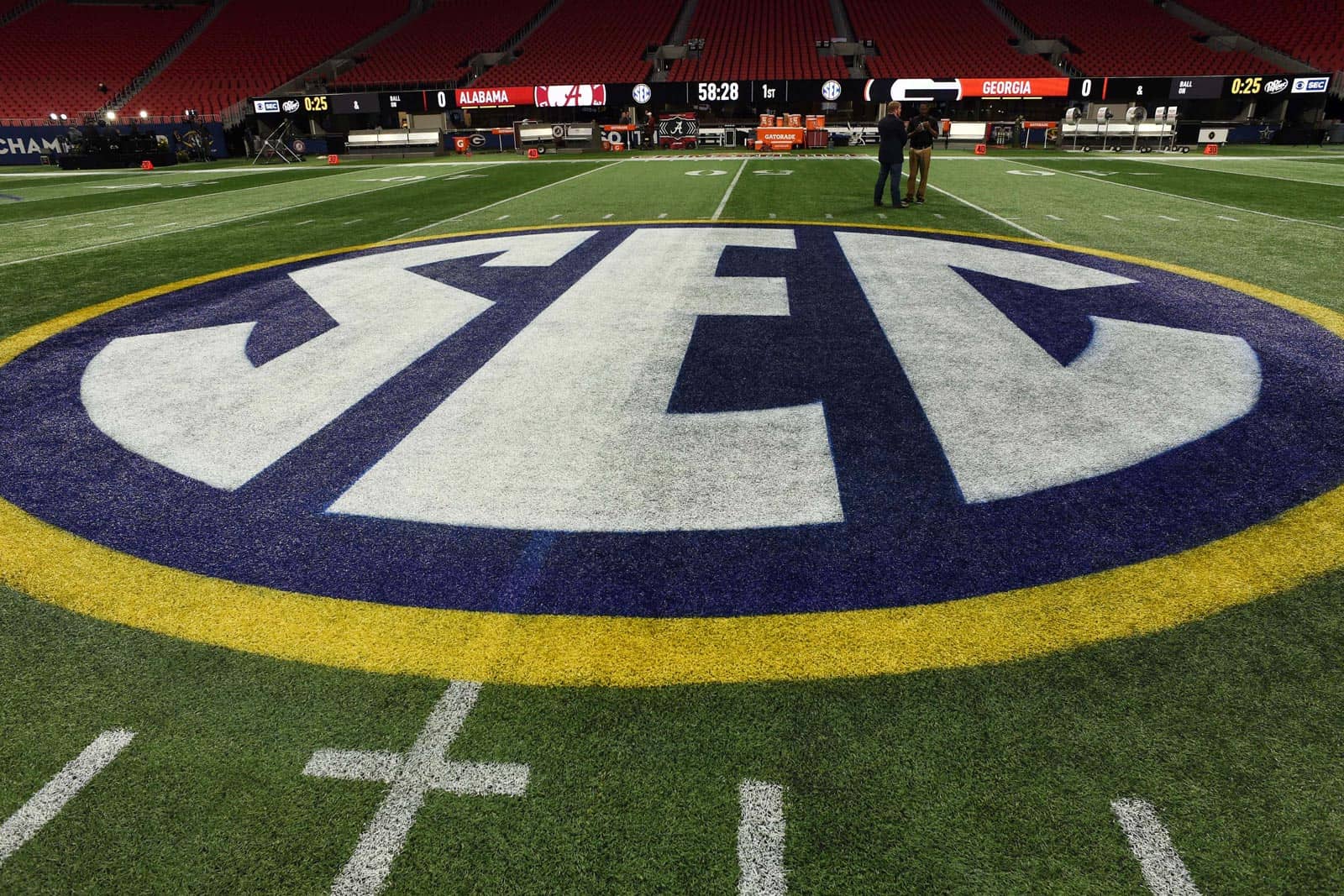 The SEC early season 2019 football TV schedule has been announced. A total of 30 games are now set for the first three weeks of the college football season.

The Florida Gators will be the first SEC team in action in 2019 when they take on the Miami Hurricanes in the Camping World Kickoff in Orlando, Florida on Saturday, Aug. 24 (Week Zero). The game, set for 7:00pm ET on ESPN, was previously announced.

Conference action gets underway in Week 1 (Saturday, Aug. 31) when the Georgia Bulldogs travel to take on the Vanderbilt Commodores. The game will be televised by the SEC Network at 7:30pm ET.

The opening Saturday features a couple of good non-conference games — Auburn vs. Oregon (in Arlington, TX), Duke vs. Alabama (in Atlanta, GA), Ole Miss at Memphis, South Carolina vs. North Carolina (in Charlotte, NC), and Mississippi State vs. Louisiana (in New Orleans, LA).

More home-&-home series guys! Enough of the neutral sites to open season. CFB fans want to see their team play big time opponents in their teams stadium and not travel hours and hundred of miles away.
AL played PSU for 10 years straight with 5 in state games each. AL’s played Wash, Nebk, ND, USC all in home-&-home games since the 70’s. It was great for both fan bases.