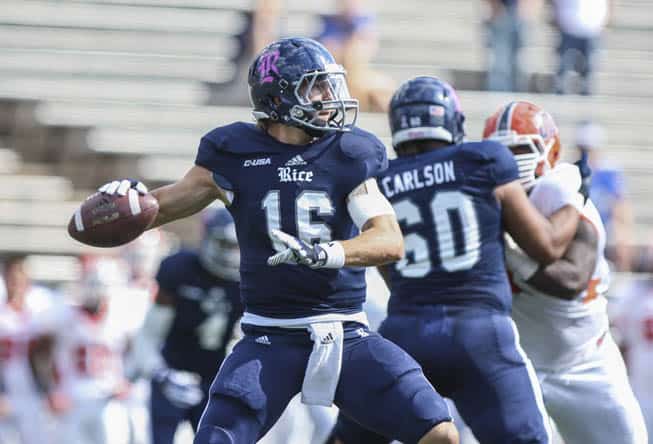 The Rice Owls will open the 2016 and 2017 seasons against the Stanford Cardinal.

The home-and-home series between Rice and Stanford was announced back in August 2011, but dates and locations were just posted to Rice’s official website last week.

In the first game of the series, Rice will travel to face Stanford at Stanford Stadium on Sept. 3, 2016. The second and final game will be played at Rice Stadium in Houston on Sept. 2, 2017.

Rice and Stanford first met on the gridiron in 1957. The two have played four games overall and the Owls lead the series 3-1.

There were also a few other changes to Rice’s future football schedules: