Report: Florida and Miami to Open 2019 Season in Orlando 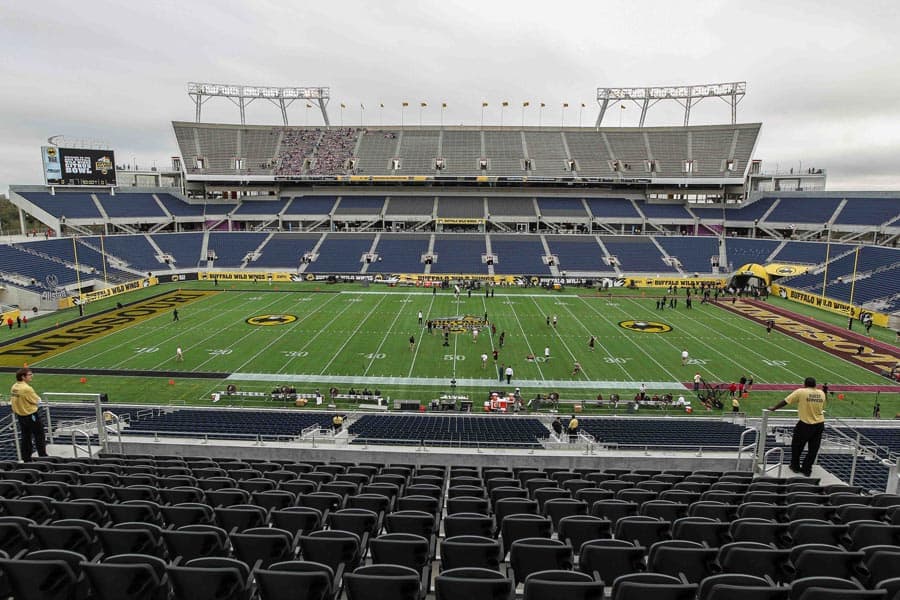 The Florida Gators and the Miami Hurricanes will open the 2019 season in Orlando, the Orlando Sentinel has reported. ESPN also confirmed the future matchup, but both news outlets state that a contract has not been signed yet.

The game would likely be played on Saturday, Aug. 31, 2019 at Orlando Citrus Bowl Stadium in Orlando, Florida.

Florida and Miami have met 56 times on the gridiron and the Hurricanes lead the series 29-26. In their last meeting in Miami in 2013, Miami defeated Florida 21-16.

If the game contract is finalized, Florida will have two neutral-site matchups on their future schedules. The Gators are also scheduled to open the 2017 season against Michigan at AT&T Stadium in Arlington, Texas.

Miami also has one other neutral-site game on their future docket. The Hurricanes are set to face LSU in 2018, also in Arlington.

Orlando has recently jumped into the season-opening, neutral-site game foray. The city will host Florida State-Ole Miss in 2016, Alabama-Louisville in 2018, and is reportedly “…in negotiations to bring a marquee college football match-up to the Citrus Bowl in 2017.”

This would be a nice opening match for the season & very easy for the fans to get to.

Georgia-Notre Dame in Orlando for 2017? Or could be Navy-ND but that would not be considered a marquee matchup.

Georgia should never be considered a marquee team anymore.

Not many P5 programs with openings to play another P5 program for 2017. So more likely an already scheduled game would be moved to Orlando, unless someone cancels an already announced 2017 game.

ND currently has 7 home games scheduled for 2017 and enjoys playing in Florida.

So I could see ND moving the Geo game to Orlando, if the $ are right and NBC agrees (not sure if NBC is interested in promoting Orlando as a destination).

Or could move the USC or NC St games. Don’t think the [email protected] game would get moved, especially with the Fla-MiaFL game now scheduled for Orlando in 2019,

How soon can I buy tickets for the CANES side of the field?