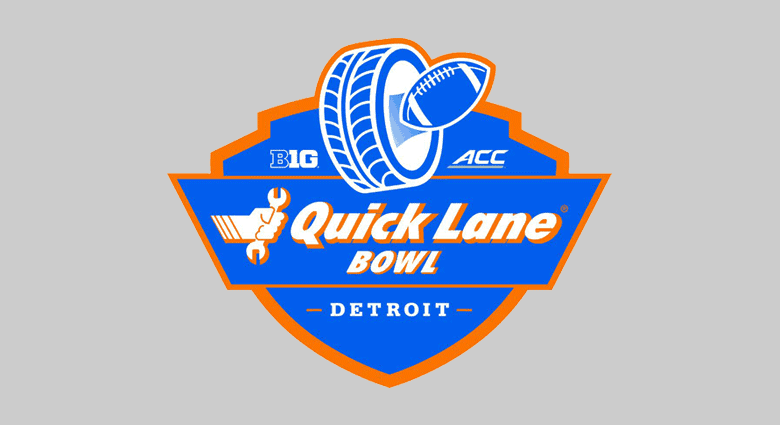 The game, which will be called the Quick Lane Bowl, will pit teams from the ACC and the Big Ten at Ford Field in Detroit, Michigan. ESPN will televise the inaugural game on Friday, Dec. 26, 2014 at 4:30pm ET.

“With a national platform to showcase the city of Detroit as well as Southeast Michigan football tradition, it was important for us to partner with an organization like Quick Lane who has a strong local and national presence,” said Detroit Lions President Tom Lewand. “We look forward to collaborating to institute a great bowl game tradition at Ford Field for years to come.”

The Quick Lane Bowl is replacing the Little Caesars Pizza Bowl, which had operated since 1997. That bowl game matched teams from the Big Ten and the MAC.

“We are delighted to have the opportunity to support this valuable football tradition,” said Frederiek Toney, vice president, Ford Motor Company and president, Ford Customer Service. “With over 700 Quick Lanes available in communities across the U.S., we’re hoping to continue to raise awareness among consumers for the fast service, value and convenience our Quick Lanes deliver.”

As a Metro Detroit resident and CMU alumn, I really enjoyed the Motor City / Little Caesars Pizza Bowl. There were some great games with the chance to see local teams in a bowl game. On the other hand, considering I am also a MSU alum, I hope to NOT see them in this bowl because it means their season will have been a disappointment.