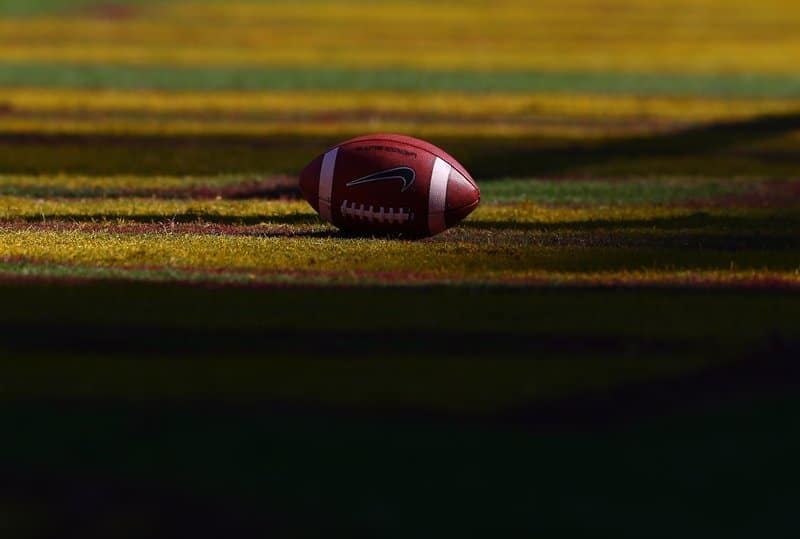 It’s a difference that will be felt across the board and includes both those conferences that play a championship game in what’s considered the final week of the regular season (e.g. the SEC, ACC, the Big Ten and the Pac-12) and those who don’t, instead playing a final regular-season game in that slot (e.g. the Big 12).

The reason for the drop comes down to the dates allocated for a given year. Take a look at the number of days from the first Saturday to the final Saturday for the each of the last five regular seasons vs. the number of total combined byes.

Here’s a quick look at the only FBS teams, by conference, who won’t suffer a reduction in byes in 2015 vs. the number in 2014. The bulk of the list—nine teams, or 50%—hail from the Sun Belt, where all but two teams remain static with last year’s number.

The 18 schools, listed with the number of bye weeks scheduled in both 2014 and 2015, represent a paltry 14% of the nation. Each is gifted with a silent advantage over their counterparts.

In many cases, the teams highlighted here had fewer open dates than did other members of their conference last season, and this year is a case of the rest of the league catching up.

To illustrate, Washington was the only Pac-12 school in 2014 with only one open date; the rest of the field had two. In 2015, all but two of the members have one bye week. The exceptions, which we’ll cover below, have zero.

The following schools lose the most off time in 2015, dropping more than one open date each. Again, the list will be by conference and include the number of bye weeks last year vs. the number this season.

Keep in mind that American Athletic scheduling is being transformed in 2015 by the split into two divisions and the addition of a conference championship game slated for Saturday, Dec. 5. This clearly has a big effect on the number of bye weeks members will enjoy.

ACC: None. (Every member loses one bye week).

Big Ten: None. (Every member loses one bye week).

Conference USA: None. (Every member except for UTSA loses one bye week).

Independent: None. (Every independent loses one bye week).

MAC: None. (Every member except for Akron, Central Michigan, Kent State and Western Michigan loses one bye week).

Mountain West: None (Every member except for Utah State loses one bye week).

SEC: None. (Every member loses one bye week).

Sun Belt: None. (Idaho and Louisiana-Monroe lose one bye week each, others remain static at two).

Programs Without a Break

The last season an FBS program played without a week off was, not surprisingly, in 2012 when the number of byes was slashed in half vs. 2013-14 standards. That year, five programs played without a break—Akron, Western Michigan, New Mexico, UNLV and Cal—none of which won more than four games.

Take a look at the five teams facing similar situations in 2015.

FIU: The Golden Panthers technically have Week 13 off, but that’s after they’ve played their entire 12-game regular-season slate. The only way this works out to be a legitimate bye is if they ascend to the C-USA championship game on Saturday, Dec. 5.

Miami (Ohio): As is the case with FIU, the Redhawks technically get Week 13 off (Nov. 28), but that’s after they’ve played all 12 of their regular-season games.

Hawaii: For the second-straight year the Rainbow Warriors play 13 regular-season games, only this year they’ll play them consecutively without a break. This scheduling twist seems especially cruel to the only program not located on the mainland, saddled with an exhausting travel itinerary.

Arizona: Like FIU and Miami (Ohio), the Wildcats draw a Week 13 “bye”, meaning it comes after all 12 back-to-back regular-season games and is only applicable if the team reaches the Pac-12 title game on Friday, Dec. 4.

Colorado: Like Hawaii, the Buffaloes pick up an extra regular-season game this year and will pay the price for it by playing 13 straight without a break. The last time Colorado played 13 was in 2011, also it’s most recent campaign without an open date.

The biggest concern with such a drastic drop in open dates is injuries.   It’s logical to assume that fewer days off, resulting in fewer recovery days, will lead to not only to an increase in the number of overall injuries, but more game time lost to injuries.

This potentially has a tremendous impact not only on an entire team (think wins/losses, bowl bids and title opportunities), but on individual players (think starting job retention, stats, individual awards and NFL draft stock).

The other angle worth considering is depth. In other words, the deeper-stacked teams will have an advantage in years with fewer open dates, being able to better withstand an onslaught of injuries. This perpetuates the reign of the big rich schools who recruit well like the Alabama’s and Ohio States of the league, stacked with stockpiles of talent.

While we can logically assume this will happen on some level, what’s more difficult is tracking the changes, this due to the lack of solid statistical record keeping on injuries.

On the flip side, will fewer interruptions in a season provide a benefit for some programs, especially those who run high-powered offenses that require precise timing?

And what about stopping and starting momentum with fewer weeks off?

No matter how you slice it, the drastic drop in bye weeks is bound to create a silent undercurrent that drives many of the major storylines that emerge in 2015.

……and it’s directly related to the # of Saturdays between Labor Day and Thanksgiving weekend….hence the prior two years 1-AA’s could play 12 games vs. 11…..not rocket science.

That was noted in the article, but thanks for your comment.

Usually (5 out of 7 years over the long haul), there are 13 Saturdays counting from the Saturday prior to Labor Day thru the Saturday after Thanksgiving. The other two years there are 14 Saturdays. 2013 & 2014 were those two years and we have short memories.

If there is a desire for 12 regular season games, 2 bye weeks, and a conference championship two Saturdays after Thanksgiving, college football should look at starting games the last Saturday in August rather than always the Saturday of Labor Day weekend to balance out the schedule.

I really wouldn’t mind college football starting the last weekend in August every year. Lots of schools are already in session.

This is a very week article. :)

I think I laughed harder than I should have.

In the Big 12 Baylor, Texas, KSU and WVU will be the only P5 teams to have two bye weeks in 2015. Also in the Big 12 TT will play 11 games before they get a bye week, before playing Texas on Thanksgiving, at Austin for TT’s last game of the year.

Only in the Big 12 do you get scheduling like this.

What has having the extra bye week meant with in the Big 12. Since they went to 10 teams in 2011 season, and no longer had a CCG? Within the Big 12 no team which did not get the extra bye week has fished higher than a tie for third place. That happened only once which was in 2014 when OU choked up the loss to OSU. Before that no team placed better than 4th.Because of the OU loss Texas was in a 3 way tie for 3rd place within the conference.

I will give you a hint: Every year beginning in 2011 this team is addition to playing their last game of the regular season had an extra bye week and never played an OOC regular season game against a team from a BCS/P5 during any of those years.

I would speculate this scheduling is not an accident. Maybe you can find out why this team gets the advantage of the extra bye week every year and plays the last game if the season at home.

Thanks for the article. I didn’t realize the reason. Do now.

Well that answers that…