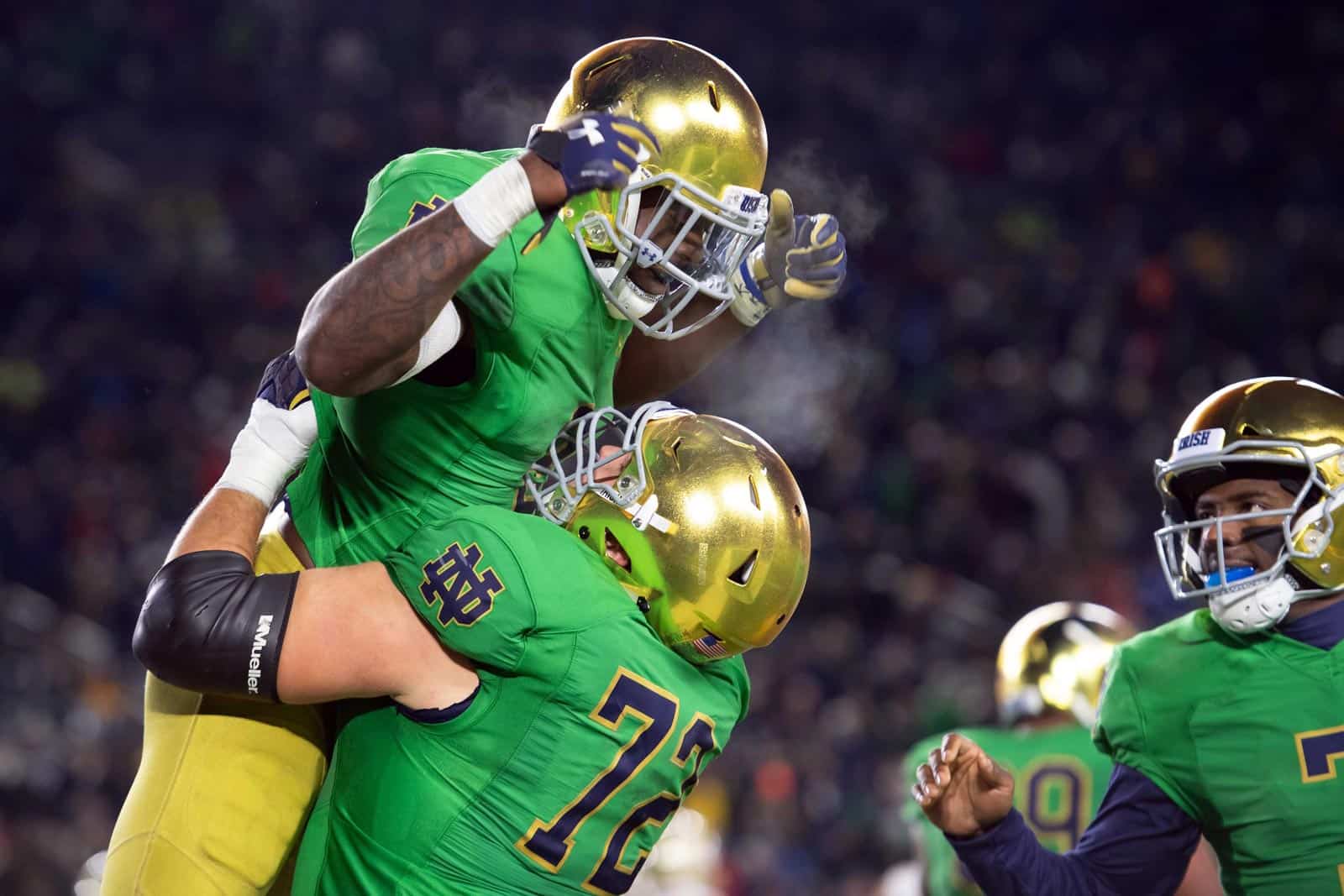 The Notre Dame Fighting Irish have announced kickoff times for their home football games in 2019, which includes seven games at Notre Dame Stadium.

The Fighting Irish open their home schedule in South Bend in Week 3 on Saturday, Sept. 14 against the New Mexico Lobos. The game is set for 2:30pm ET on NBC.

Notre Dame’s next two home games are both scheduled for 3:30pm ET on NBC. The Virginia Cavaliers visit South Bend on Sept. 28, and they are followed by the Bowling Green Falcons on Oct. 5.

Only one Fighting Irish home game in 2019 will be televised in prime-time by NBC. That contest features Notre Dame taking on the USC Trojans on Oct. 12 at 7:30pm ET.

Notre Dame opens the 2019 season on the road at the Louisville Cardinals on Labor Day evening, Monday, Sept. 2. Since that game is controlled by the ACC, the kickoff time and TV will be announced later. However, it will likely be an evening kickoff on ESPN.

Interesting to see them go with mostly 2:30 eastern kick off times instead of 3:30. But it’s nice to see more variety instead of all games starting at same time.

I can’t imagine how your school stacks up then