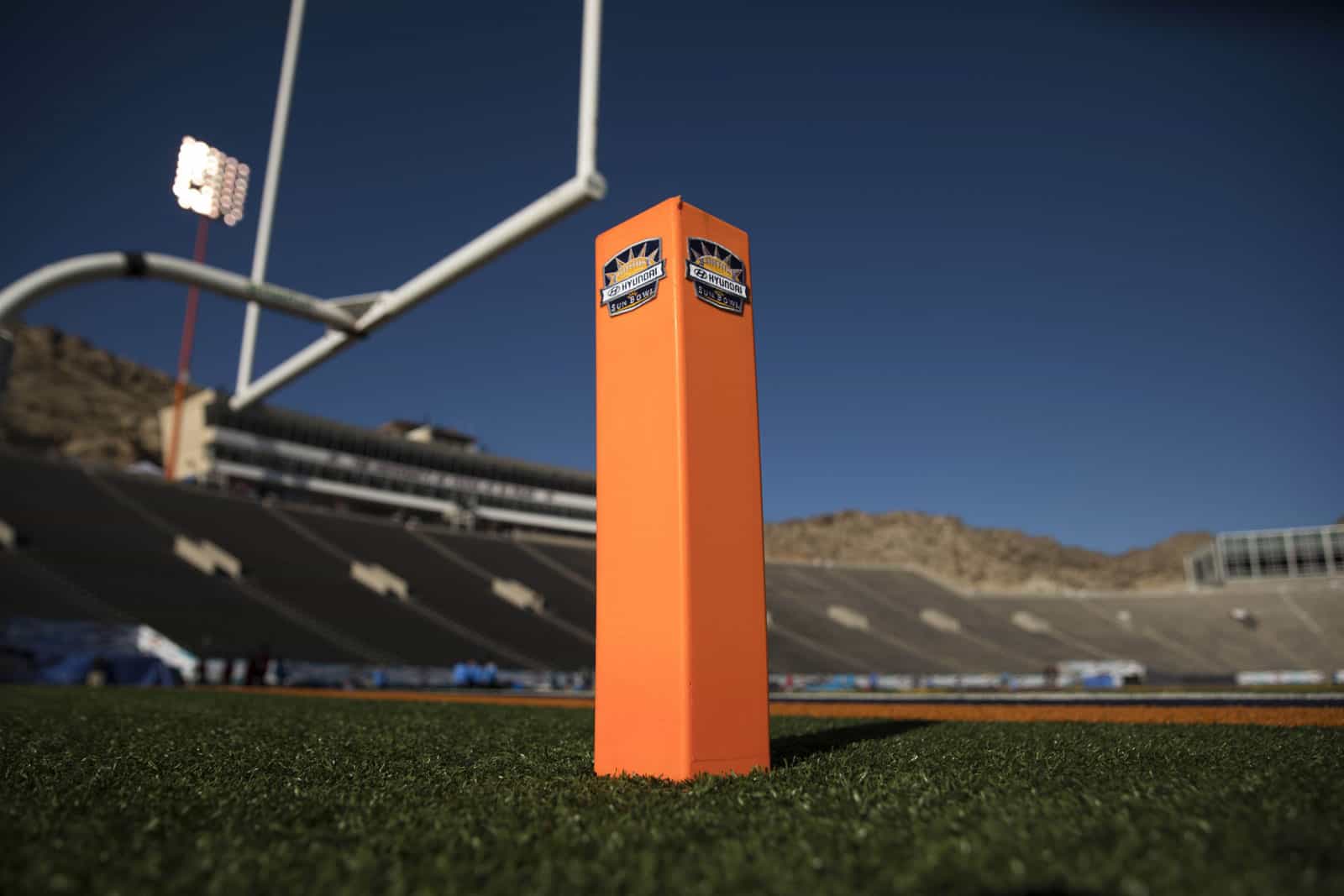 The New Year’s Eve bowl schedule kicks off at Noon ET on ESPN with the Military Bowl at Navy-Marine Corps Memorial Stadium in Annapolis, Maryland. The contest features the Cincinnati Bearcats against the Virginia Tech Hokies.

At 2:00pm ET on CBS, the Hyundai Sun Bowl at Sun Bowl Stadium in El Paso, Texas kicks off. The Stanford Cardinal take on the Pitt Panthers in that contest.

One hour later at 3:00pm ET, the Michigan State Spartans face the Oregon Ducks in the Redbox Bowl at Levi’s Stadium in Santa Clara, California. The game will be televised by FOX.

The AutoZone Liberty Bowl is next at 3:45pm ET on ESPN. It features the 23rd-ranked Missouri Tigers and the Oklahoma State Cowboys.

The 22nd-ranked Northwestern Wildcats and the 17th-ranked Utah Utes meet up in the SDCCU Holiday Bowl at SDCCU Stadium in San Diego, California at 7:00pm ET. The game will be televised by FS1.

The sixth and final New Year’s Eve bowl game is the TaxSlayer Gator Bowl at TIAA Bank Field in Jacksonville, Florida. The game, which kicks off at 7:30pm ET on ESPN, features the NC State Wolfpack taking on the 19th-ranked Texas A&M Aggies.