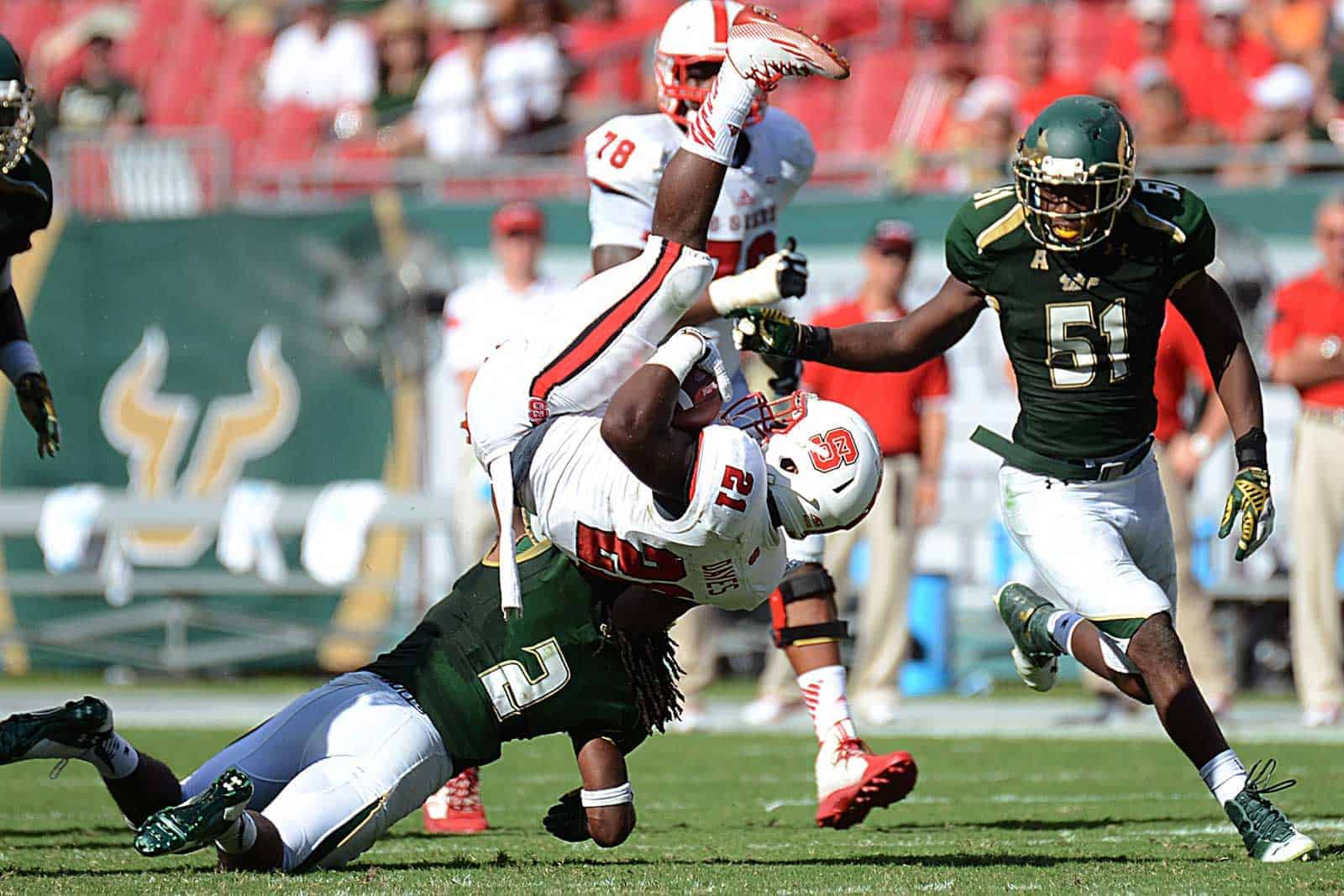 The NC State Wolfpack have scheduled future football series against the BYU Cougars, Louisiana Tech Bulldogs, and the USF Bulls, the school announced on Monday.

The 2024 game will be the first-ever meeting between NC State and BYU on the gridiron.

“I really like this home-and-home series with NC State,” said BYU director of athletics Tom Holmoe. “The game in Raleigh provides a unique late-season travel opportunity for our football program, and it’s great to bring another ACC opponent to Provo.”

NC State and Louisiana Tech will play a three-game, two-for-one series beginning in 2021. NC State will host Louisiana Tech in Raleigh on Oct. 2, 2021 and again on Sept. 7, 2024. The Wolfpack will then travel to face the Bulldogs at Joe Aillet Stadium in Ruston, Louisiana on Sept. 6, 2025.

In their first and only meeting on the gridiron, NC State defeated Louisiana Tech 40-14 in Raleigh in 2013.

In the first game of the series, USF will travel to face NC State at Carter-Finley Stadium in Raleigh on Thursday, Sept. 2, 2021. The Bulls will then host the Wolfpack three seasons later at Raymond James Stadium in Tampa on Sept. 14, 2024.

“We are excited to add N.C. State, a high-quality program that has played in four straight bowl games, to our football schedule,” USF Director of Athletics Mark Harlan said. “Bulls football is sustaining a run of tremendous success and we will continue to seek exciting, top-level opponents to challenge during the non-conference season and bring to Raymond James Stadium.”

USF and NC State first met in the 2005 Meineke Car Car Bowl and have played three times overall. NC State won the most recent meeting 49-17 in 2014 and currently leads the series 2-1.

Man, I’m gonna be taking my grandkids to this NC State/BYU game in 2030. Crazy they are scheduling that far out. Ha ha.