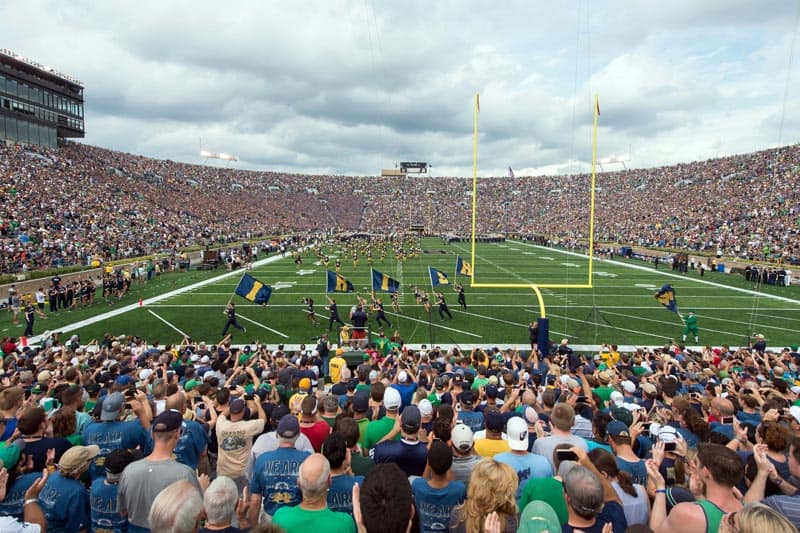 The Miami (OH) RedHawks will play at the Notre Dame Fighting Irish in 2017, the Miami University Athletics Department announced today.

Miami will travel to take on Notre Dame at Notre Dame Stadium in South Bend on Sept. 30, 2017. The game will be only the second meeting between the two schools. Notre Dame defeated Miami 46-0 back in 1909.

The addition of the Miami RedHawks gives Notre Dame 11 opponents for their 2017 football schedule.

In addition to their five ACC opponents, three of which are known (Boston College, NC State, and Louisville), Notre Dame will host Georgia, Navy, and USC and will travel to Michigan State and Stanford.

Miami has two other non-conference games scheduled in 2017 in addition to Notre Dame. The RedHawks are slated to open the season at Marshall on Sept. 2 and later host in-state rival Cincinnati on Sept. 16.

The RedHawks were previously scheduled to play at Michigan State on Sept. 9, 2017, but that game was removed from their future schedule in today’s release.