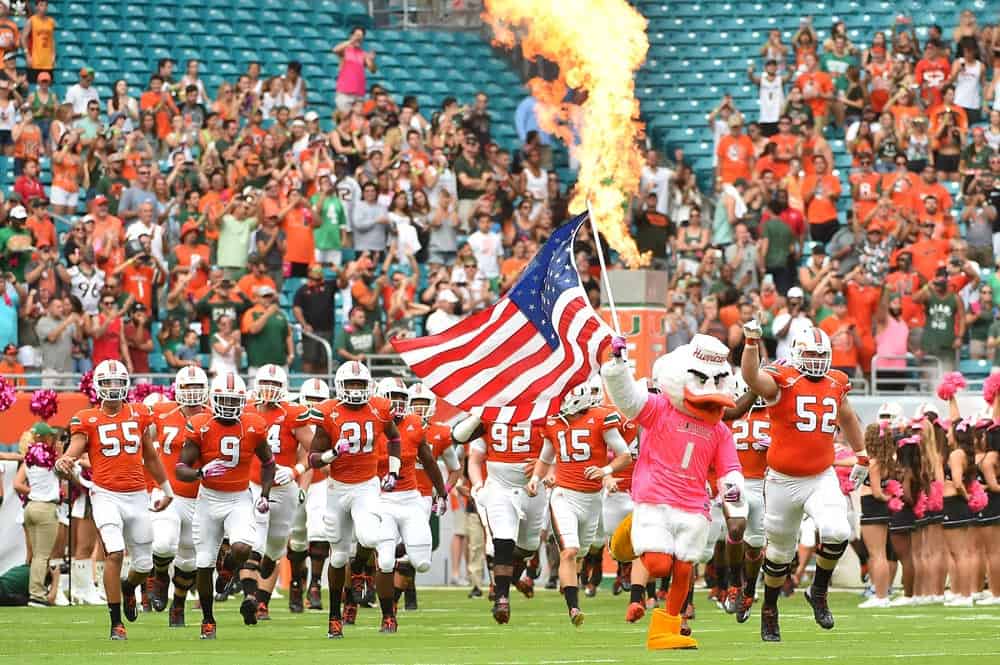 The Miami Hurricanes and the FIU Golden Panthers have pushed back their future home-and-home football series, the Miami Herald has reported.

Miami will now host the first game of the series at Sun Life Stadium in 2019 and will then travel to take on FIU at Ocean Bank Field at FIU Stadium in 2021. Specific dates were not announced.

The two schools agreed to the home-and-home series back in 2014. The games were originally scheduled for Sept. 22, 2018 at Sun Life Stadium and in November 2019 at a site to be determined.

FIU recently announced the hiring of head coach Butch Davis, who led the Hurricanes from 1995 through 2000. But that didn’t have anything to do with the switch according to the Herald’s report.

The games were switched because Miami needed a home game in 2019. The second game was moved back because Miami did not have availability on its 2020 schedule.

The two schools first met in 2006 and then again in 2007, with Miami coming out on top in each contest. But the 2006 contest was marred by a bench-clearing brawl in the third quarter.

Miami and FIU have moved the games back to 2018 at Hard Rock Stadium and 2020 and a location to be determined, per the Miami Herald.

Could this be clearing the way for Arizona-MiamiFL home-and-home in 2017-18?

Maybe you are on to something. For Miami to return to respectability one of the things they need to do is beef up the OOC scheduling. Games with a team like Arizona in 2017-2018 would get Miami up to 2 OOC games with P5 teams, meaning a RS schedule of at least 10 games with P5 teams.