Louisiana Tech to host Southern in 2018, Grambling State in 2019 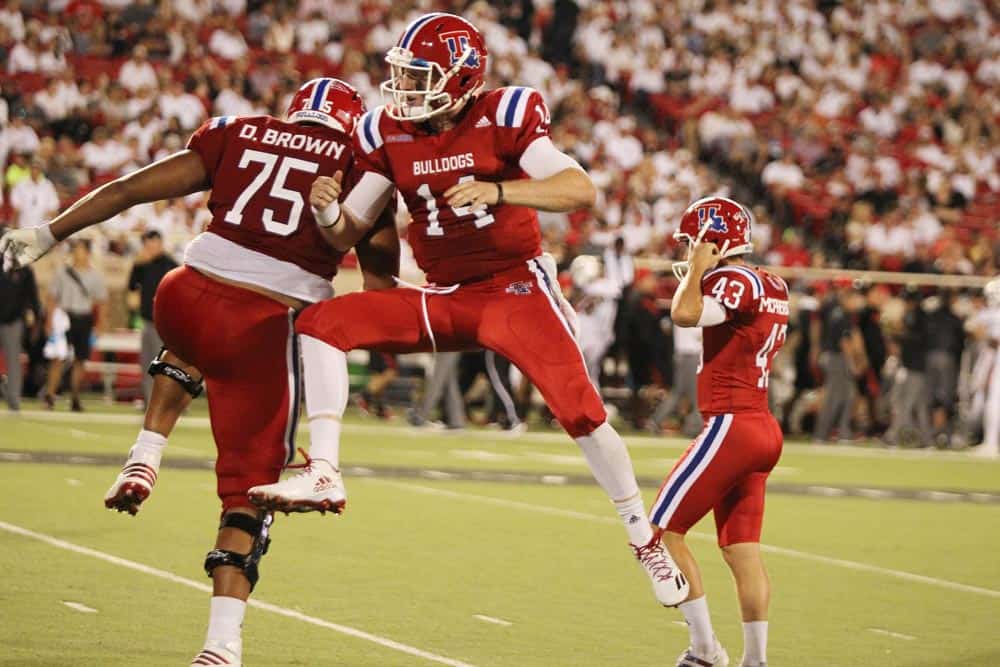 The Louisiana Tech Bulldogs will host the Southern Jaguars in 2018 and the Grambling State Tigers in 2019, per news reports this week.

Louisiana Tech will host Southern at Joe Aillet Stadium in Ruston on Sept. 8, 2018. The Bulldogs will pay the Jaguars a $375,000 guarantee for the game, Tech athletic director Tommy McClelland told The News-Star.

“Our objective moving forward as much as we can — scheduling doesn’t always work out. You have to have a common date, a common interest and then the terms have to be on the same page — to be able to play Grambling, Southern, Northwestern State in those FCS spots as much as possible,” McClelland said. “Just because why not? We’re going to play an FCS opponent. Playing an in-state team that is going to bring fans, it only enhances things for our community and for the program.”

Louisiana Tech and Southern’s first and only meeting on the gridiron occurred just last season in Ruston. The Bulldogs won that game 62-15 before an announced crowd of 27,905.

Louisiana Tech has now tentatively completed their non-conference schedule for the 2018 season. The Bulldogs are slated to open the season at South Alabama on Sept. 1, host Southern on Sept. 8, and then travel to Mississippi State on Sept. 15 and LSU on Oct. 20.

In their first and only meeting back in 2010, LA Tech defeated Grambling State 20-6 in Ruston.

Grambling tentatively completes Louisiana Tech’s non-conference schedule in 2019. The Bulldogs are slated to open the season at Texas on Aug. 31. Other games include a trip to Bowling Green on Sept. 14 and a home game against UMass on Oct. 19.