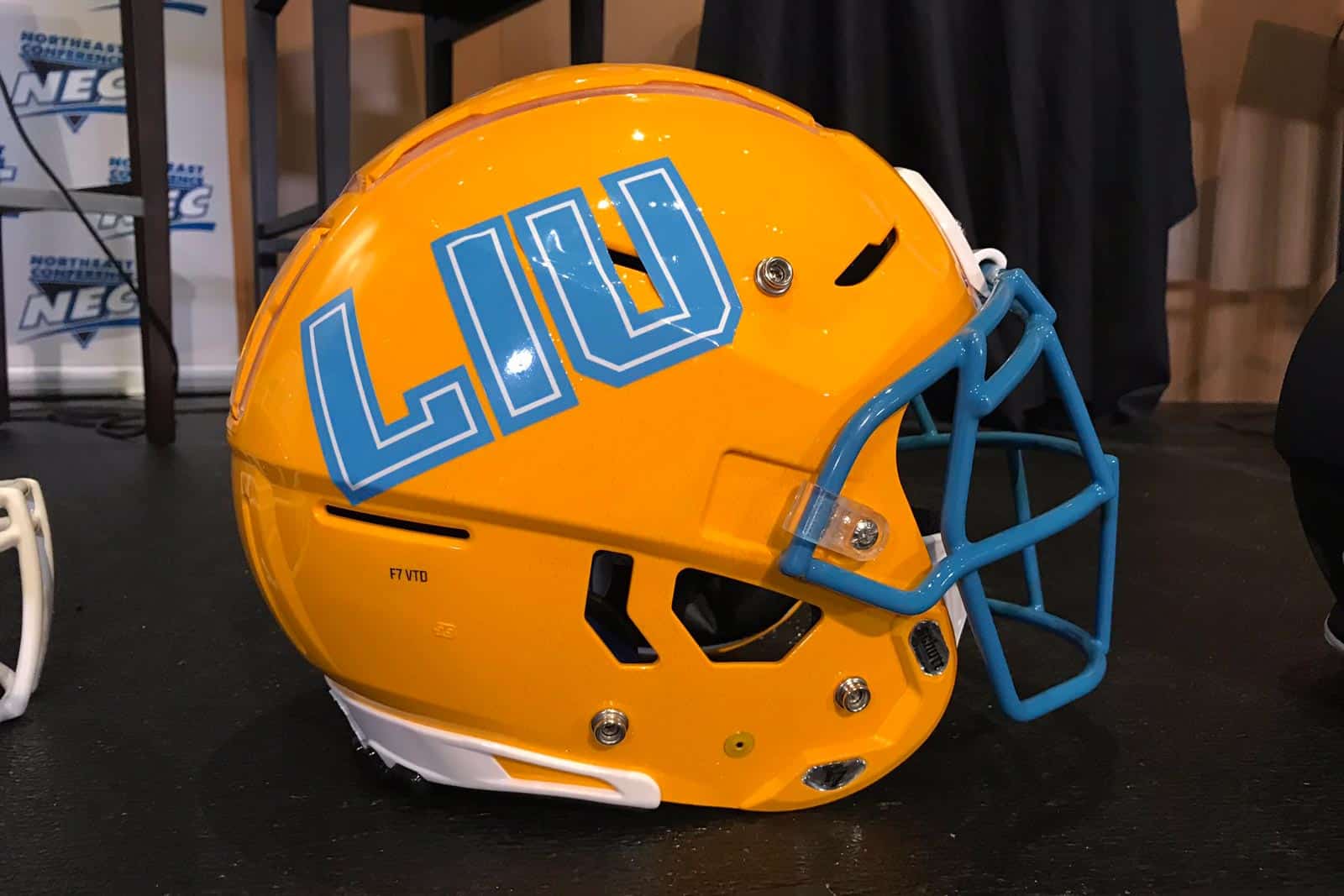 The Long Island Sharks will play a 10-game football schedule in 2019, FBSchedules.com has confirmed.

LIU is merging their Post and Brooklyn athletics programs and will play in the Football Championship Subdivision (FCS) beginning this season. The Sharks are now a member of the Northeast Conference (NEC).

LIU announced their 2019 football schedule back in April, which consisted of 10 games. At the time, the school stated there were “ongoing discussions” to add additional opponents. FCS schools normally play 11-game schedules, except for certain seasons like 2019 when they can play up to 12 games due to the calendar.

Per LIU athletics media relations, the Sharks will not add any additional games and will keep the 10-game slate.

On Thursday, LIU announced that their Week 12 game at the Villanova Wildcats has been moved up one day to Friday, Nov. 15, with kickoff set for 7:00pm ET.

Get ready for some Friday Night Lights! The Week 12 game at Villanova has been moved to Friday night with kickoff slated for 7:00 p.m. #FinsUp ? pic.twitter.com/sDoiU0GHF1

LIU’s athletic website has not been merged yet nor have they switched to the new branding. But the Sharks have started using their new logo in email and across social media.

New Long Island Sharks logo. LIU is now a member of the Northeast Conference in the FCS. pic.twitter.com/Lend522NsZ

The Sharks are scheduled to open the 2019 season on Saturday, September 7 at the South Dakota State Jackrabbits. The game is set to begin at 7:00pm ET/6:00pm CT.

LIU will host their inaugural NEC contest at Bethpage Federal Credit Union Stadium against the Sacred Heart Pioneers on Saturday, September 21. The game is scheduled for a 1:00pm ET kickoff.