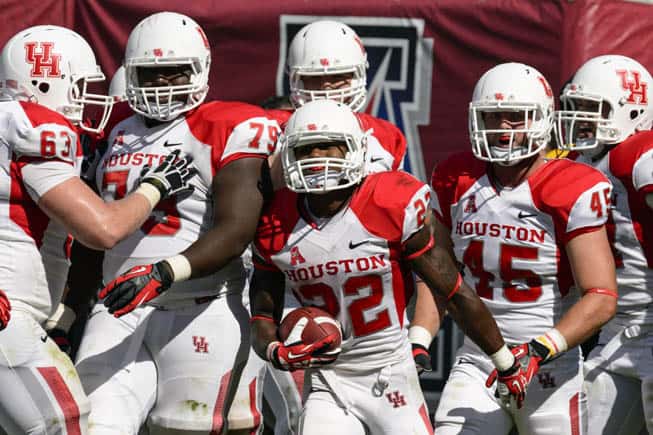 The Houston Cougars have added Texas Tech, Kansas, and Texas State to their future football schedules, UH has announced.

Houston and Kansas will play a home-and-home series that begins at Houston Football Stadium on Sept. 14, 2019. The Cougars will then travel to face the Jayhawks at Memorial Stadium in Lawrence on Sept. 12, 2020.

The third and final future opponent Houston has added is Texas State. The two schools will meet in Houston on Sept. 26, 2015 before the series shifts to Bobcat Stadium in San Marcos on Sept. 3, 2016. Texas State leads the overall series 4-1.

“We are pleased to announce home-and-home agreements with three additional programs in Texas Tech, Kansas and Texas State as we continue to fill future non-conference slots,” said Houston Vice President for Intercollegiate Athletics Mack Rhoades. “As we’ve said in the past, we are committed to scheduling quality programs in series that reward our fans with those teams traveling to Houston as well. With our passionate fan base and soon-to-be completed stadium, the University of Houston offers an exciting college football atmosphere.”