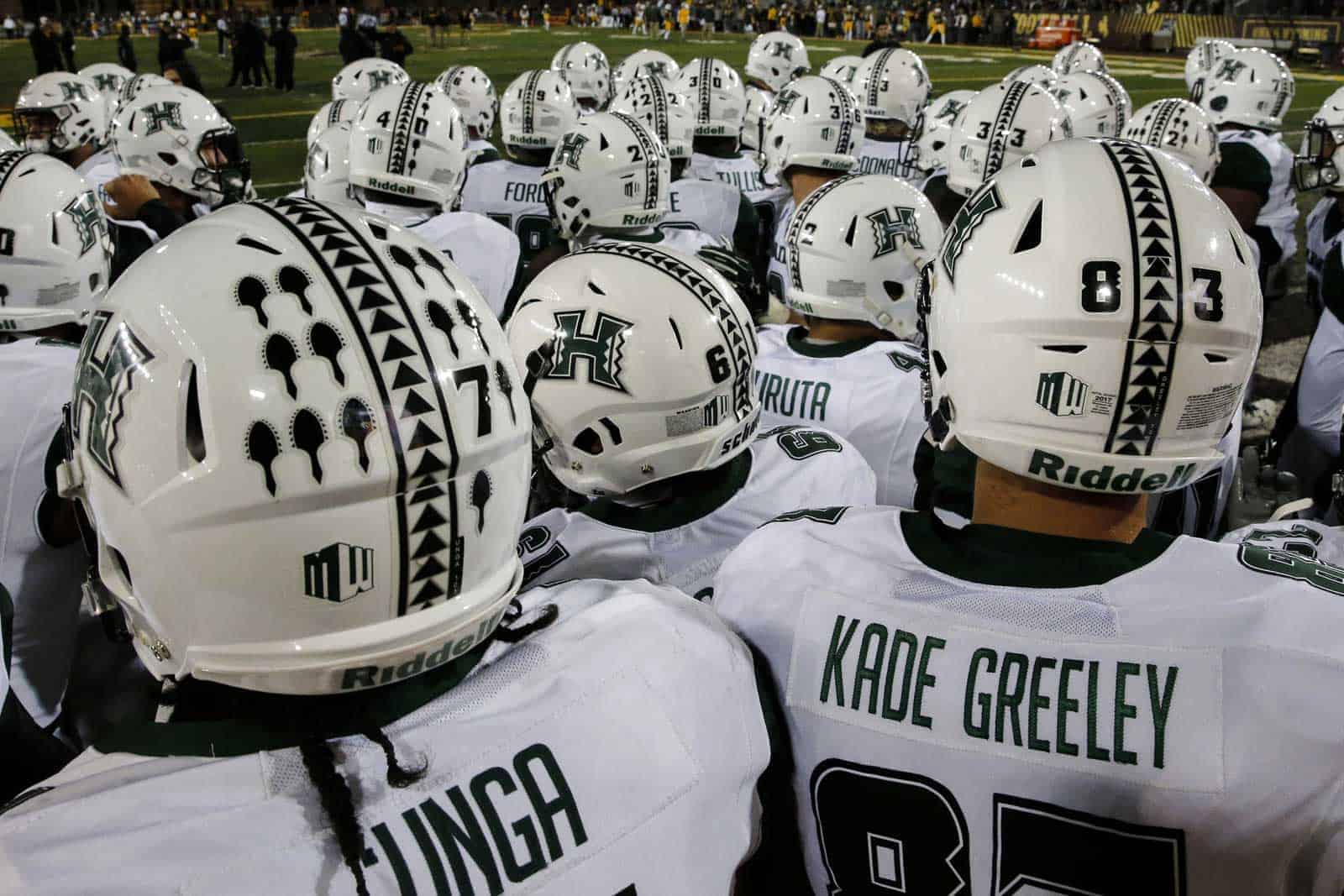 The Hawaii Rainbow Warriors have updated their future football schedules, which includes the addition of a home-and-home series with New Mexico State.

Hawaii and New Mexico State will begin their home-and-home series at Aloha Stadium in Honolulu on Sept. 5, 2020. The following season, the Rainbow Warriors will travel to face the Aggies at Aggie Memorial Stadium in Las Cruces on Sept. 25, 2021.

In eight previous matchups on the gridiron, Hawaii owns an 8-0 record against New Mexico State. In their last meeting in 2011, the Rainbow Warriors defeated the Aggies 45-34 in Honolulu.

As a result of adding New Mexico State to their 2020 schedule on Sept. 5, Hawaii has moved their game at Arizona up one week from Sept. 5 to Aug. 29, which is Week Zero.

Hawaii has also moved their 2023 game at the Vanderbilt Commodores up five weeks to Aug. 26, which will also be a Week Zero game. UH and Vandy were previously scheduled to meet on Sept. 30.

The Rainbow Warriors also announced they will play at Arizona State on Sept. 19, 2026 and will host Portland State on Sept. 4, 2021. Both of those games were previously known.

Hawaii, which hosts the Duquesne Dukes this season on Sept. 22, has also added another game with the Duke. The two schools will meet at Aloha Stadium on Sept. 10, 2022.

Hawaii against John Wayne???? That will be one hell of a game!!