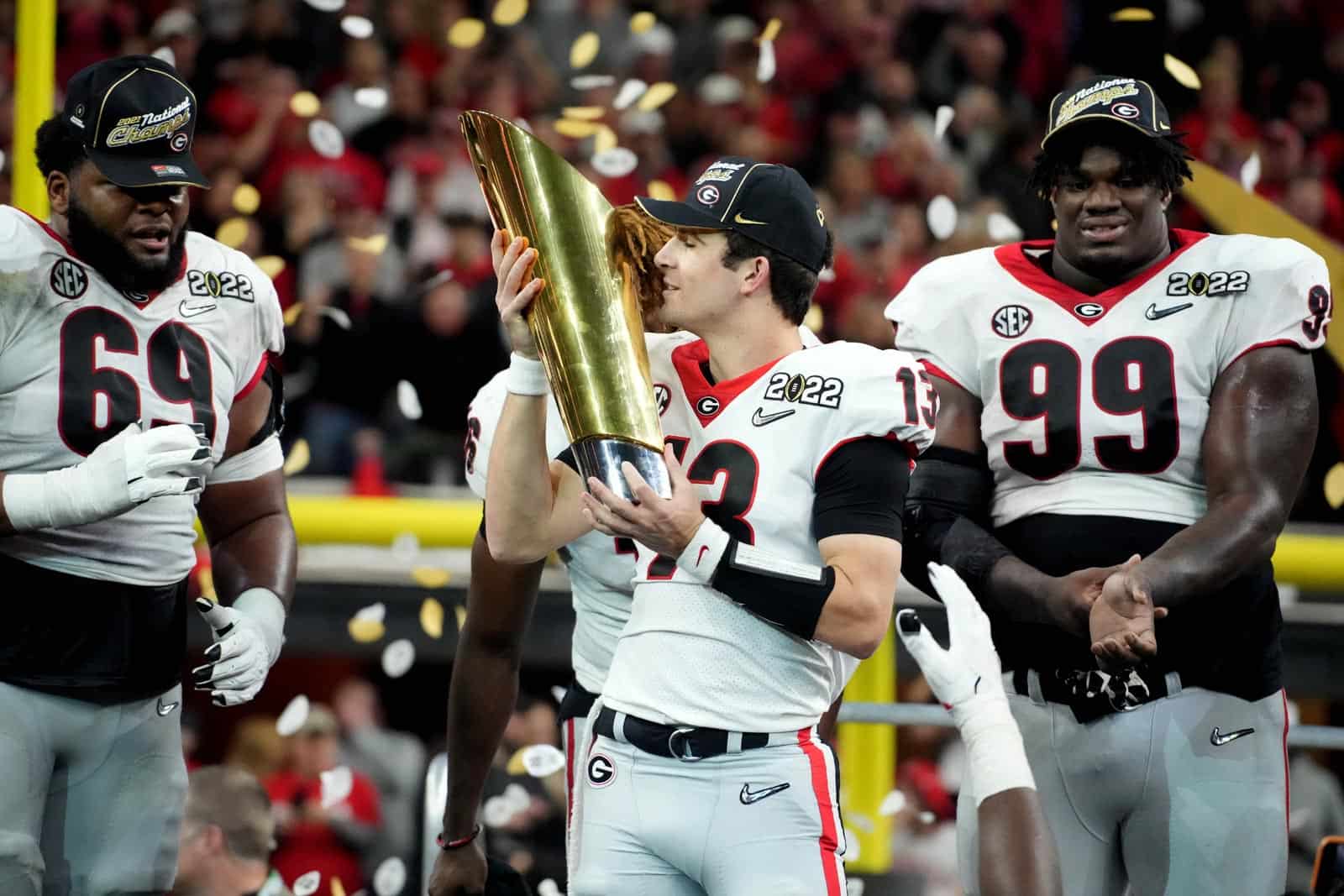 Georgia won its third national championship early Tuesday morning, outscoring Alabama 27-9 in the second half and putting away the Crimson Tide, 33-18. The win dropped the Crimson Tide to 3-3 in the CFP National Championship game since 2015.

“I can’t tell you how many people reached out to me and believed,” said Georgia coach Kirby Smart after the game. “You know who really believed? All these men right here.”

Georgia (14-1) trailed Alabama, 9-6, at the half. The Bulldogs took the lead on a one-yard Zamir White touchdown carry with 1:50 to play in the third quarter. Alabama (13-2) pulled within a point on a 21-yard Will Reichard field goal just into the fourth quarter, then took the lead just shy of three minutes later on a three-yard hookup from Bryce Young to Cameron Latu.

Georgia grabbed the lead back for good, 19-18, on a 40-yard touchdown strike from Stetson Bennett to Adonai Mitchell with 8:58 to play. A 15-yard touchdown toss from Bennett to Brock Bowers with 4:05 remaining swelled the margin to 26-18.

“I’m extremely proud of this team,” Alabama coach Nick Saban said. “This team won the SEC championship and beat Georgia to do it. Obviously, they beat us today. I hate it that — having such a great season, accomplishing so much, and overcoming so much as a team that we didn’t finish the fourth quarter better than we did. It’s disappointing and I know they’re disappointed. I’m really proud of this group. They overcame a lot to get here. They played a really good game to get here. We just didn’t finish in the fourth quarter.”

The game’s final score came when Kelee Ringo stepped in front of a Bryce Young pass and took it back 79 yards for a touchdown.

Bennett connected on 17-of-26 passes for 224 yards and two scores. White and James Cook combined for 19 carries and 161 yards to go along with White’s score. The game marked Alabama’s first loss in 51 games when leading after the first quarter.

The Bulldogs won their first national title since 1980, with the last title coming after a Sugar Bowl victory over Notre Dame. The only other Georgia national title came after the 1942 Rose Bowl.