Georgia Southern to Play at Ole Miss in 2016 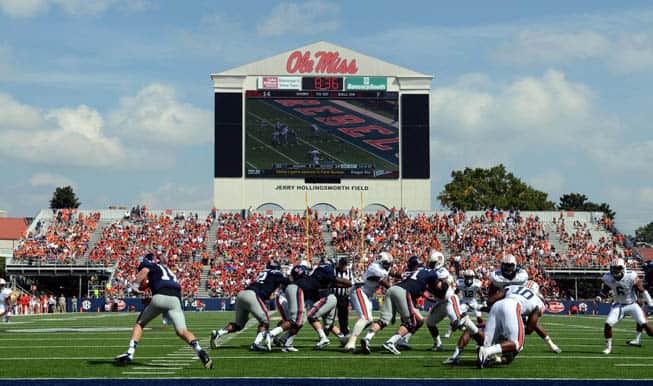 “It will be a great opportunity for our institution to be on display nationally,” Kleinlein said. “It offers us a chance to spread our brand and allows our football team to square off with another SEC power.”

Georgia Southern now has four non-conference games slated for 2016. The Eagles are scheduled to open the season vs. Jacksonville on Sept. 3, travel to to Western Michigan on Sept. 24, and host Savannah State on a date to be announced.

Ole Miss now has three non-conference games for 2016. The Rebels have games scheduled for Sept. 10 vs. Memphis and Sept. 17 vs. Wofford, both at Vaught-Hemingway Stadium in Oxford.

Georgia Southern officially announced that they will play at Ole Miss on October 8, 2016.

If you can’t get into college – then just go to Georgia Southern!

Well it’s actually easier to get in to The University of Mississippi sooo I guess if you can’t get into Georgia Southern – then just go to Ole Miss.