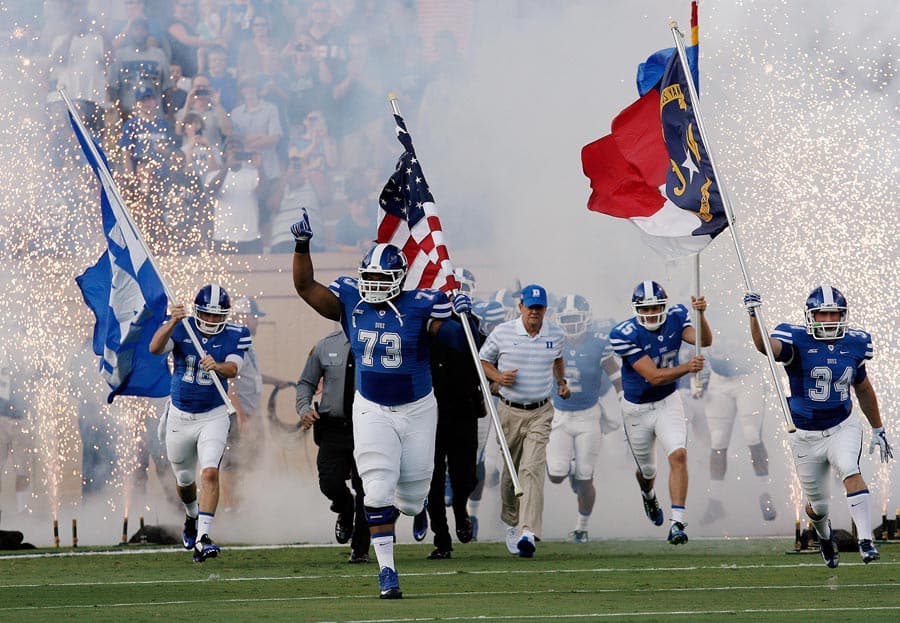 The Duke Blue Devils and the Illinois Fighting Illini have scheduled a home-and-home football series for 2025 and 2026, Illinois announced today.

In the first game of the series, Duke will host Illinois at Wallace Wade Stadium in Durham, NC on Sept. 6, 2025. The Blue Devils will then travel to play the Fighting Illini at Memorial Stadium in Champaign on Sept. 12, 2026.

Duke and Illinois have met twice on the gridiron. The Blue Devils won the first meeting 15-13 in Durham in 1958, and then the Illini took the most recent matchup 28-14 in Champaign in 1965.

Other future FBS opponents for Duke include Tulane, Army, and Middle Tennessee.

That is a very long time from now. By the time this game gets played, Duke and Illinois could be in the same 64-team SuperConference with paid players and coaches replaced by A.I. programs supplied by Chinese boosters.

Some players who will take the field for one of these games is finishing first grade this week.