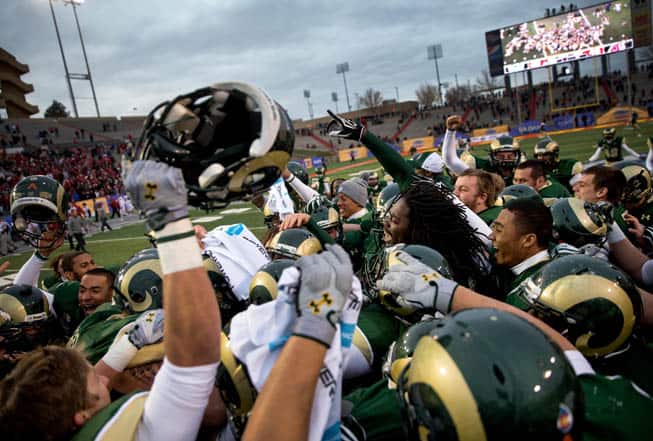 The Colorado State Rams have completed their 2015 non-conference football schedule, the school announced in a release today.

Colorado State will open the 2015 season at home on Sept. 5 against the Savannah State Tigers of the FCS. As part of the contract, the Rams will also host Savannah State again in either the 2017 or 2018 season.

CSU then welcomes Minnesota to Sonny Lubick Field at Hughes Stadium on Sept. 12. It’s the first game of a home-and-home series that will see the Rams travel to face the Golden Gophers next season on Sept. 24.

Next up for Colorado State is the Rocky Mountain Showdown with Colorado at Sports Authority Field at Mile High in Denver. The annual in-state rivalry game is set for Sept. 19.

CSU’s final 2015 non-conference game is scheduled for Sept. 26. The Rams hit the road to take on the UTSA Roadrunners at the Alamodome in San Antonio.

Colorado State also announced today that they will travel to play Alabama again on Sept. 16, 2017. CSU and Bama agreed to a two-game series in Tuscaloosa back in 2012, but the date of the second game was “2015 or 2017” until now.

It would be awsome if CSU played 2 different teams at 2 different locations on the same day.

Are there any bye weeks on the schedule?