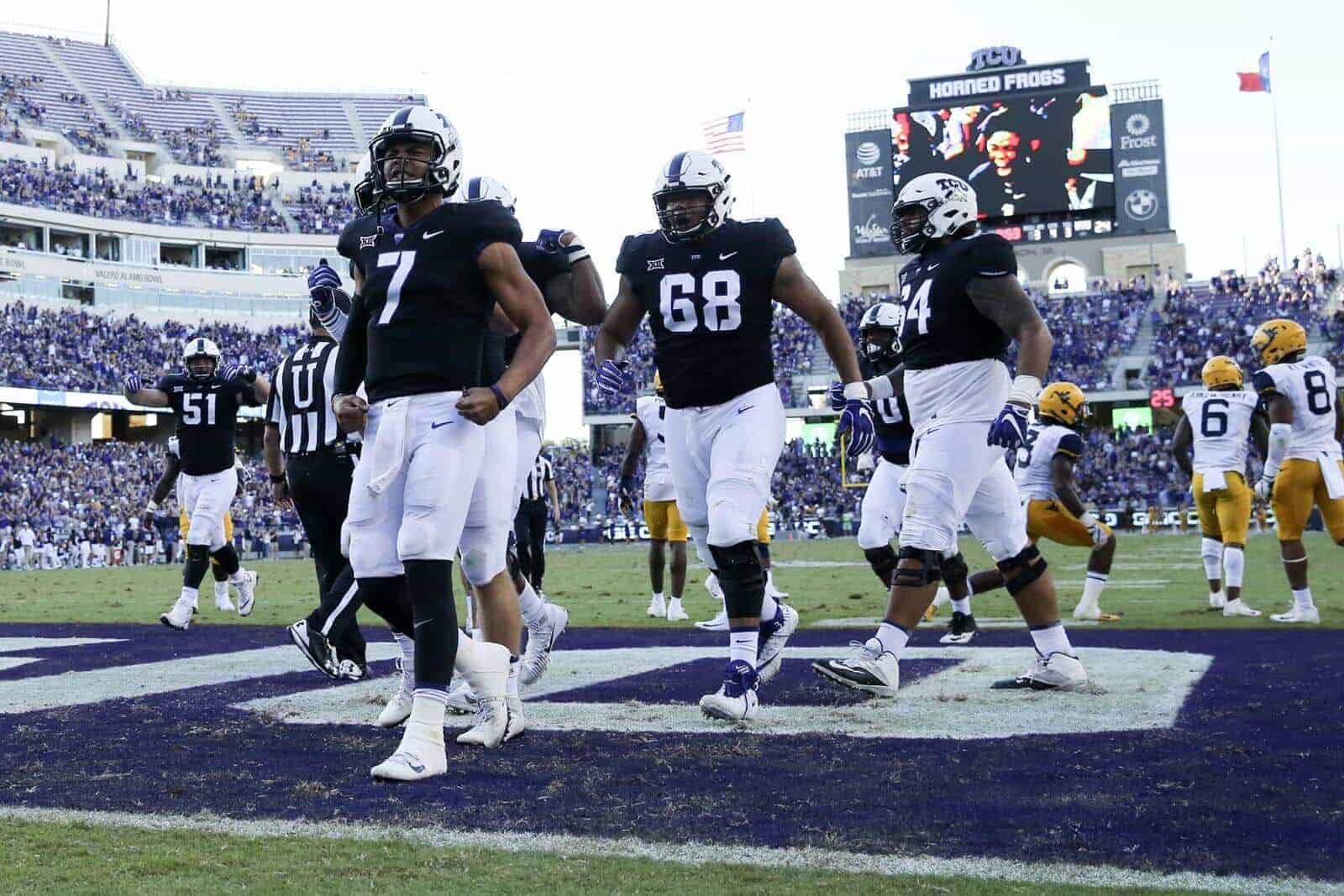 The college football schedule for Week 7 of the 2017 season is in full swing Saturday afternoon with 55 games.

11 games kickoff the day at noon Eastern, including (6) TCU at Kansas State and (24) Texas Tech at West Virginia.

With no ranked vs. ranked matchups this week, Saturday night is less than stellar. Some of the prominent matchups include Arkansas at (1) Alabama, (9) Ohio State at Nebraska, Utah at (13) USC, and Boise State at (19) San Diego State.

For more information on today’s action, check out the resources below from our contributing writers.

Amy Daughters breaks down Week 7 of the 2017 college football schedule. Included are Top 25 matchups, byes, first-ever meetings, reunions, and historic streaks that will either be extended or broken.

Eric Taylor makes his weekly predictions for every SEC football game. Top games this week include (10) Auburn at LSU, Texas A&M at Florida, and South Carolina at Tennessee.